Nothing can stop 15-year old Peyton Richardson from dancing—not even cancer.

Over two years ago, Peyton began to feel inexplicably exhausted by the slightest movements in ballet class. Although she was a busy and ambitious seventh grader, involved in dance, cheerleading, and staying on top of homework, this kind of tired wasn’t quite adding up. “Peyton was so exhausted that she couldn’t get up on her pointe shoes,” says her mother, Carrie. “In that moment, I knew something was seriously wrong.” It was at the Texas Children’s Hospital in Houston that the Richardsons learned that Peyton had acute lymphocytic leukemia, the most common childhood cancer. The next day, she began chemotherapy. For the next 844 days, she endured rigorous treatment and severe side effects, including seizures, which sometimes resulted in her inability to walk or talk.

Peyton, who had been an avid dancer for over half of her life, was concerned she might never be able to step foot in a studio again. After her two week hospital stay, Peyton was permitted to attend the outpatient center for her treatments. “At my first outpatient visit, my doctor asked if I had any questions and I said, ‘When can I dance again?’” Peyton recalled to Upworthy.

Her enthusiasm was so strong that, just two months into her treatment, Peyton was dancing again. 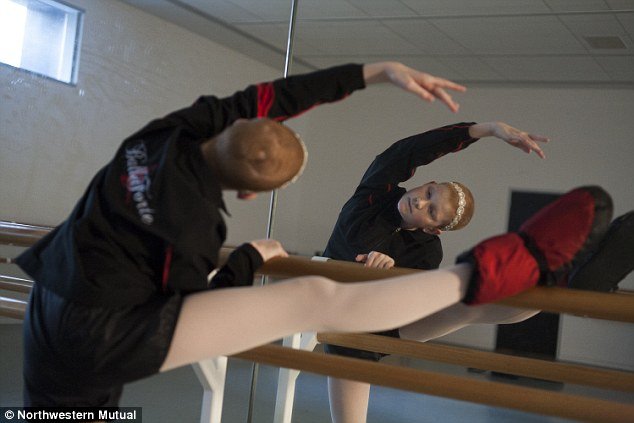 “It’s really important for any kid with cancer to go on and do something from their life before cancer,” Peyton’s oncologist, Dr. ZoAnn Dreyer, said to ABC News. “I wanted [Peyton] to get back out there and dance, because I knew that would give her the drive and confidence to get through her treatment, and that’s what it’s all about really.”

Mind and body really are connected. Mental strength often translates itself into physical strength and vice versa. Peyton’s mother, Carrie, who saw Peyton at rock bottom can vouch for the incredible journey Peyton’s body has taken since returning to the ballet studio. “A few months earlier, she literally could not lift her foot an inch above the ground, and here she was dancing across the floor,” she says.

Peyton not only participated in group lessons multiple times a week; she performed in shows and also took private dance lessons to help regain any strength zapped from the chemo.

“Cancer has taken a lot of things from me—school, church, even my hair, but I [wasn’t] going to let it take ballet from me,” Peyton said. To prove that Peyton is tough, just listen to this: to this day, she says that dancing “en pointe” is harder than fighting her cancer.

But it wasn’t just the dancing itself that gave her joy. “The best part is that I get to forget about my crazy life that has happened this past year, I can just be with my friends,” Peyton told ABC News. “They’ll ask how I’m feeling, but then they won’t go on and on. They just drop it after that.” 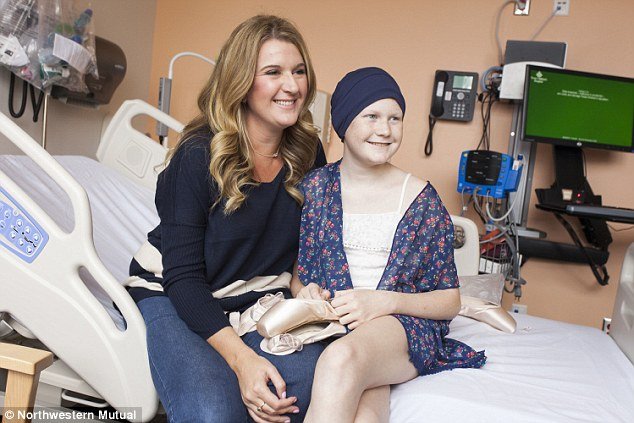 Not only does Peyton have her closest friends by her side, she has thousands of children around the world who look to her as a determined fellow cancer fighter and a kind-spirited inspiration.

Her entry focused on her undying passion for dance and won her a ticket to stand on a Swan Lake-inspired float during the 2016 Rose Parade as part of Northwestern Mutual’s initiative to spread awareness about childhood cancer and the importance of funded cancer research.

A concept sketch of the Swan Lake-inspired float Peyton stood on for the Rose Parade.

From atop the float, Peyton says that despite being drained from treatment she was overcome with gratitude for the chance to represent the 15,000 children and adolescents who are diagnosed with cancer each year in the United States. Today, Peyton is now a proud spokesperson and poster-child of Northwestern Mutual’s Childhood Cancer Program—sharing her story to inspire others to pursue their dreams despite the obstacles. 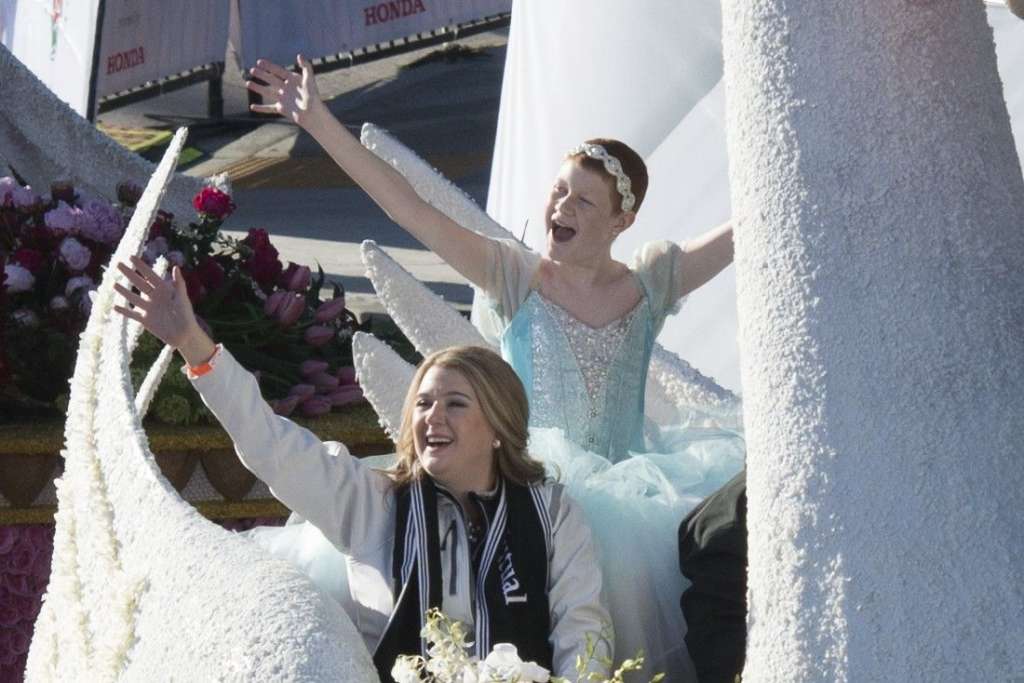 “I think seeing me on the float in the middle of treatment gave other kids going through the same thing hope that it would be okay,” Peyton said. For anyone battling cancer or any kind of devastating disease, hope is a welcomed gift—and a gift which can come in the shape of pointe shoes, a parade float, oh so many shapes. You just have to believe that it’s there waiting for you to find it and embrace it fully.