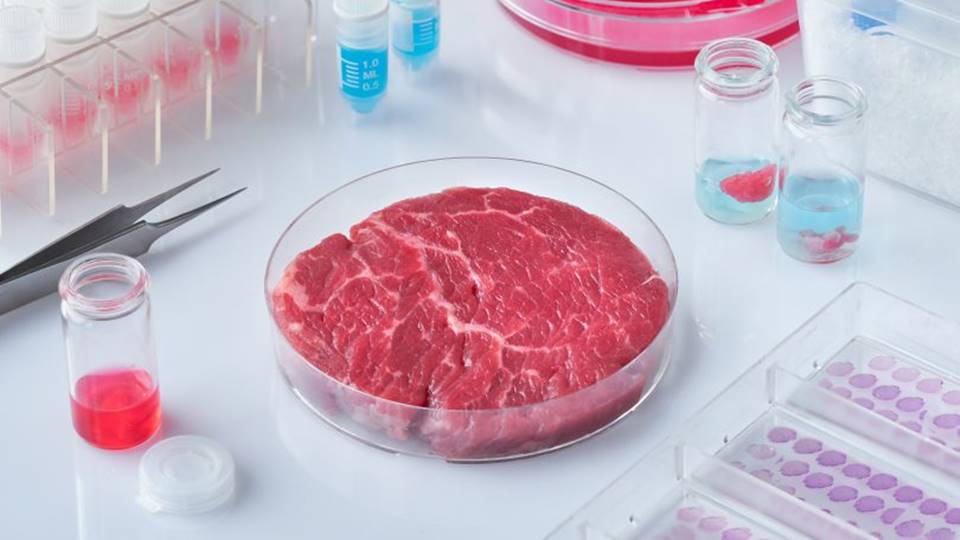 Move Over, Impossible Burger. Lab-Grown Meat is Just a Few Years Away

Move Over, Impossible Burger. Lab-Grown Meat is Just a Few Years Away
New Harvest is looking to revolutionize how we consume meat by growing it in laboratories in a fashion similar to how one would brew beer.
Read More

Human meat consumption is both a massive environmental problem and, for many, a moral issue.

Livestock farming is one of the biggest contributors to climate change, accounting for 18% of manmade greenhouse gas emissions worldwide. These emissions are primarily caused by deforestation for grazing land, farm equipment emissions, and methane released by cattle.

To stop the Earth’s temperature from rising another 2 degrees Celsius, researchers from the University of Oxford believe that the entire planet would have to switch to a “flexitarian” diet. This would involve eating 75% less beef, 90% less pork and half the number of eggs, while tripling consumption of beans and pulses and quadrupling nuts and seeds.

The moral argument against the meat industry is clear. Raising animals in cramped, unsafe conditions only to be slaughtered causes them unjust pain and suffering that shouldn’t be tolerated when we can survive on vegetarian diets.

Every year, more than 300 million cows and 50 billion chickens are slaughtered for food worldwide.

Isha Datar, the CEO of New Harvest, is looking to completely revolutionize how we consume meat by growing it in laboratories in a fashion similar to how one would brew beer. This scientific advancement could completely change the meat industry and save the lives of countless animals.

“I’m curious about what it will taste like and how tender it will be,” Mozdziak said according to New Scientist. “It should have almost the same texture as existing meat but we don’t know for sure.”

Mozdziak and his team are focusing on turkey because beef and pork require scaffolding – a biomaterial used to support the growth of complex muscle tissues  – to feed the individual cells. Researchers believe that avian meat will easier to grow in lab equipment because it may be achievable without requiring any scaffolding.

Datar hopes to make this process easier by creating networks of researchers to exchange cells or by making them available through lab catalogs.

The next issue for researchers is creating meat with proper consistency and taste. In 2013, the first lab-grown hamburger was showcased in London and it was drier than a normal cut of beef.

It was also difficult for researchers to get the meat to be thick enough. The first hamburger ever produced was created by combining several pieces of lab-gown beef to create the desired consistency.

To achieve the correct ratio of fat to muscle, Mozdziak and his team have added fat cells to the turkey muscle for juiciness and flavor, but it will be a trial-and-error process to get a perfect balance. “It’s absolutely possible to tweak taste and texture,” Mozdziak said according to New Scientist.

Mozdziak believes that a cultured meat prototype may be available in just three to five years but would take some additional time before it is marketed correctly, tested for safety, and finds its way to grocery store shelves.

Lab-grown meat would be one of the greatest achievements in recent human history. It would completely change how we interact with the environment and the animal kingdom simultaneously.

Further, this bloodless revolution would happen without anyone having to give up enjoying a tasty hamburger or turkey on Thanksgiving. Although, figuring out a way to sew the bones on the lab-grown turkey to create a drumstick would probably take another revolution in food science as well.