MIT’s Version of Ancient Death Masks Are Like Something From a Sci-Fi Movie
Neri Oxman fuses ancient practice with modern technology and the results are beautiful.
Read More

Designer Neri Oxman and her team at MIT’s Mediated Matter Group have created an eerily beautiful series of death masks called Vespers that are unlike anything you’ve seen before. Like something from an Alien movie, the masks are designed and built using 3D printing and spatial mapping algorithms, aiming to explore the transition between life and death in a modern, technologically focused light. 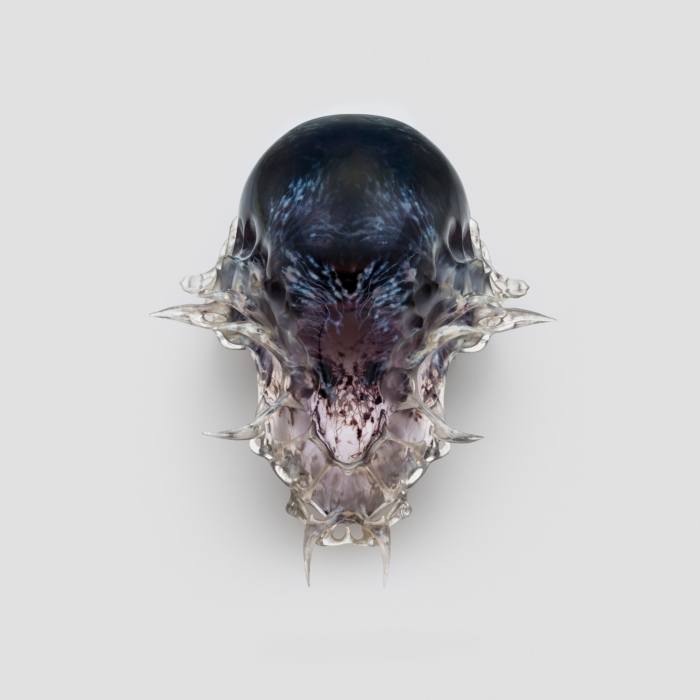 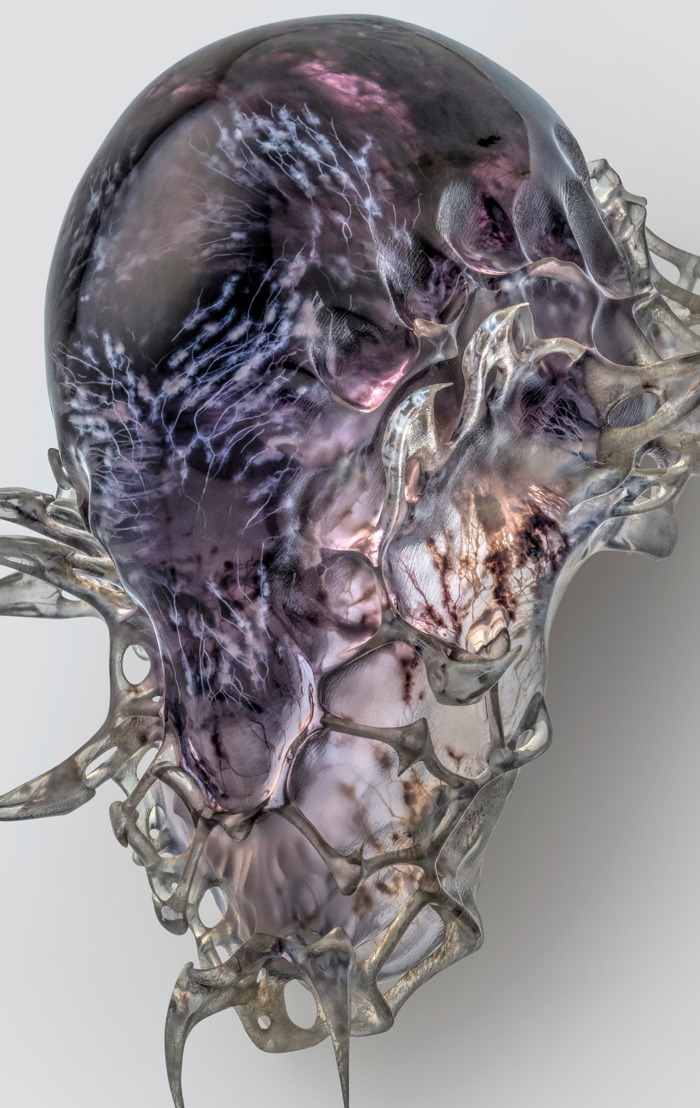 In the ancient world, the tradition of the Death Mask involved using wax or plaster to model a deceased person’s facial features. The custom was believed to strengthen and protect the soul of the dead from evil spirits as they progressed to the afterlife, also preserving their memory for those they left behind. This mystical notion of transition from death to new life was what inspired the project, yet Oxman did not intend to memorialize the dead. Instead, she designed Vespers to reveal “cultural heritage and speculate about the perpetuation of life, both cultural and biological.” 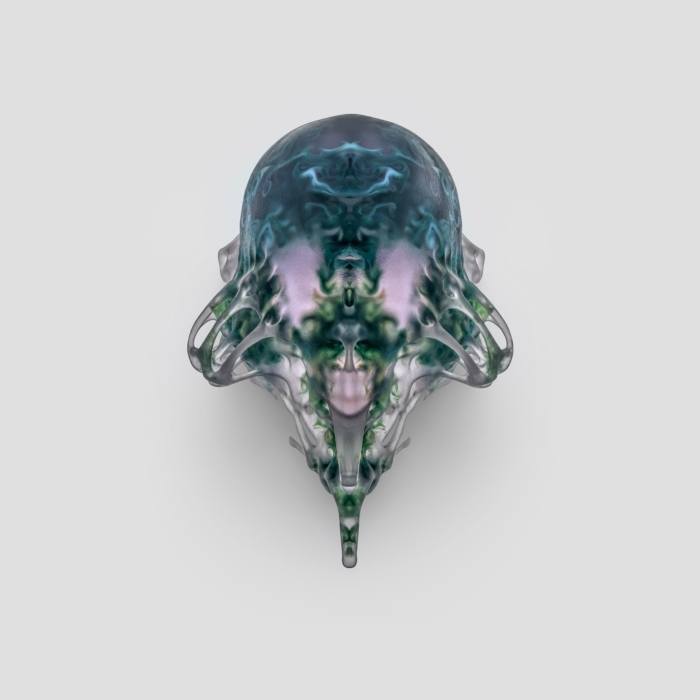 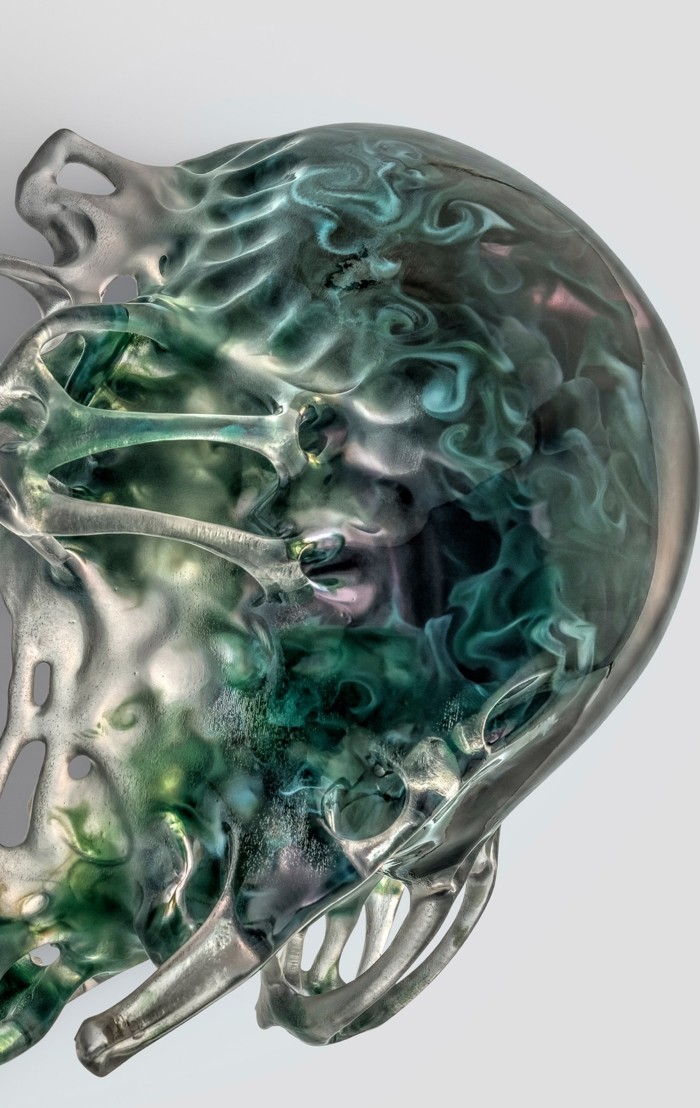 “Vespers expresses the intertwining of Fear and Love through the continuity of death and life. Vespers ‘masks’ five imaginary martyrs. Each martyr is memorialized three times, through sequential interpretations at three different moments: the past, the present, and the future… this series conveys the notion of metamorphosis.”

Unlike the traditional hand-made death mask, Vespers’ designs are completely data driven, digitally generated, additively manufactured and sometimes biologically augmented. The masks were built using spatial mapping algorithms that generated colored, internal strands enveloped by transparent, curved volumes. The shapes and colors of the 5 masks in Present, are derived from the shapes and colors in Past, which are made from natural minerals. The inner structures of the masks are designed to match the resolution of structures found in nature. 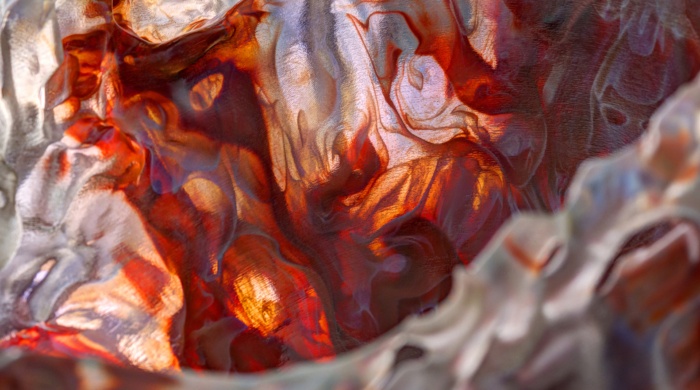 The colorful swirling layers were inspired by one of Oxman’s earlier death masks titled Lazarus, which combined a model of the wearers face, with a compartment designed to catch their last breath. The composition of the mask was designated by the flow and distribution of this last breath, which created a swirling pattern.

Oxman’s futuristic masks debuted at the opening exhibition of London’s new Design Museum last year. Named Fear and Love, the exhibition showed 11 installations by 11 different architects and designers, who each confronted a different issue shaping today’s world. Past and Future are yet to be unveiled. 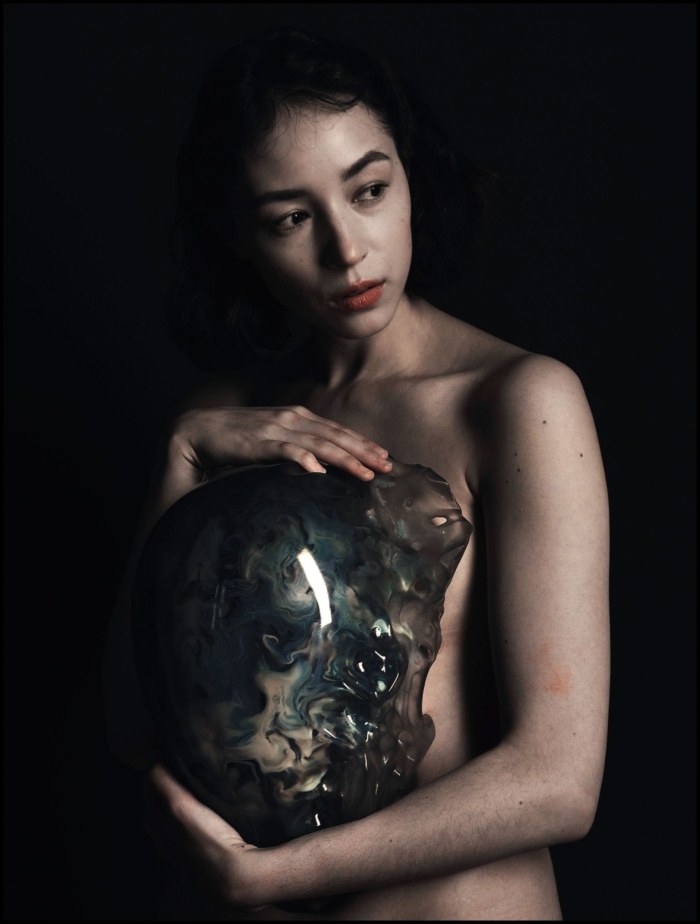