Tribe’s Kids Can Literally Swim Underwater Like Mermaids & See Like Dolphins
Moken children have developed incredible underwater vision and can hold their breath for far longer than the average human.
Read More

Every kid (and let’s be real, probably every adult) dreams of being able to swim like a mermaid, or see through the ocean like a dolphin.

Over the years, we’ve invented equipment to help us get closer to these dreams, but in South East Asia, there are some incredible children who have actually managed to cultivate almost superhuman, dolphin-like abilities. They have incredible underwater vision, and can hold their breath for far longer than the average human. 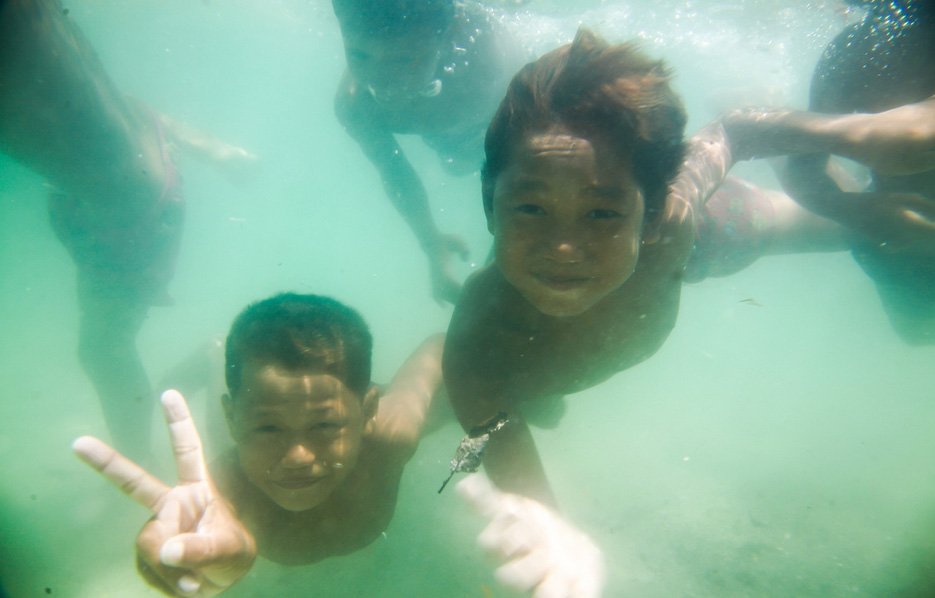 The children are part of the Moken people, a tribe found around the archipelagos of the Andaman Sea, off the west coast of Thailand. They’re a nomadic tribe whose people are born out at sea, spend most of their lives on handmade wooden boats called kabangs, and go back out to sea to die. Their children learn how to swim before they learn how to walk. They are estimated to be between 2,000 and 3,000, although no official record exists.

In 1999, a researcher named Anna Gislen of the university of Lund, Sweden, travelled to South East Asia to study the unique characteristics of the Moken children. She integrated herself with the Moken communities who lived mostly in houses perched upon poles over the water. When the tide came in, the children would get into the water, and dive down to collect food far deeper than Gislen could see.

“They were more underwater than above water, they had their eyes wide open – fishing for clams, shells and sea cucumbers with no problem at all. They were like little dolphins,” says Gislen. 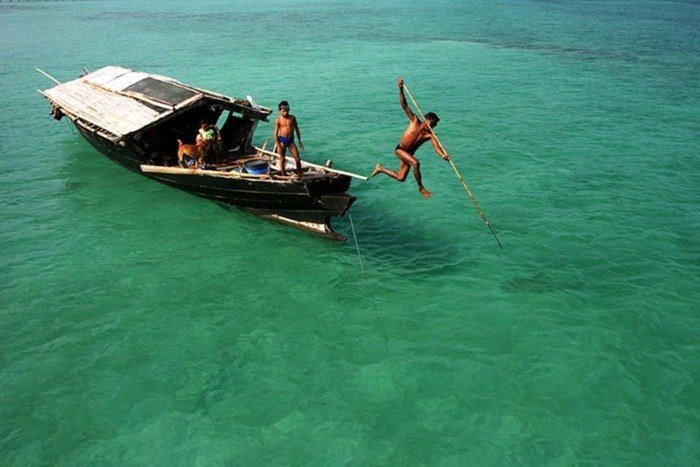 She set up an experiment to test the limits of the children’s extraordinary vision. Each child had to dive underwater and place their head on a panel, from which they could see a card displaying either horizontal of vertical lines. Each time they dove, they would have to report back on which direction the lines travelled and each time the lines got thinner to increase difficulty. After performing the same experiment on European children, Gislen found that the Moken children could see twice as well. What is even more interesting is that the adults of the tribe seemed to lose this ability as they grew older, leaving the diving to the children while they fished from the boats.

In the average human eye, the retina contains specialized cells that refract light hitting the eye’s surface. Light signals are converted to electrical signals so that the brain can interpret them as images. Light is refracted when it enters the eye because the outer cornea contains water, which is denser than the air outside of the eye. When our eyes are submerged in water, which is the same density as the cornea, the refractive power is lost and our vision becomes blurry.

Gislen found that the Moken children have learned how to use their eye muscles differently to hack this trait. They could increase the depth of field and change the shape of their eye lenses, the same way dolphins are able to see underwater. She also found that they could willfully decrease their heart rates, which allowed them to hold their breath for twice as long. 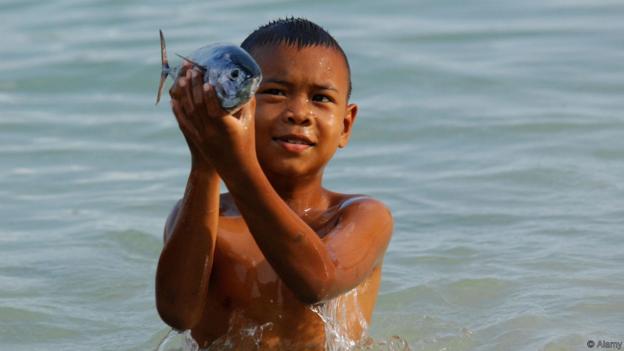 To test her theory further, Gislen brought a group of European children with her to Thailand to train as the Moken children lived. After one month and 11 sessions, their underwater eyesight improved as well.

“It was different for each child, but at some point their vision would just suddenly improve.” Gislen told the BBC.

The European children, however, were more prone to eye irritation after spending so much time in the saltwater, which suggests that the Moken children also have an evolutionary advantage over other cultures. And with her findings, she says it actually makes sense that the Moken adults lose this special ability to muscularly control their eye lenses, because as we age they become less flexible. 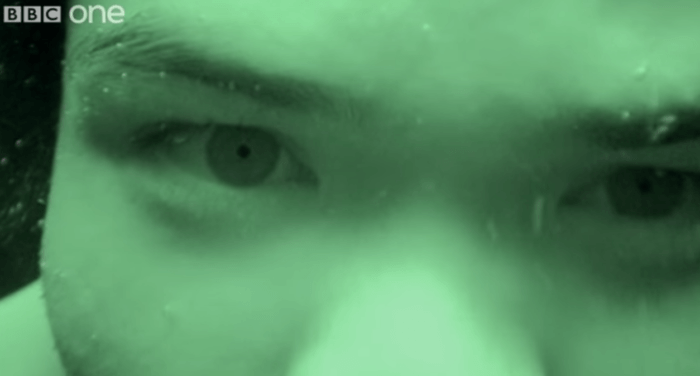 Tragically, the unique Moken culture and their incredible abilities are today in danger of disappearing forever. Ever since the catastrophic tsunami that hit the Indian ocean in 2004, the Moken people have suffered due to depleted resources and the increased development of seaside land into modern resorts. The Thai government has attempted to help the Moken people recover through housing and job training, but these modern opportunities clash with their traditions and culture. Moken children aren’t spending as much time in the sea, and so will probably not develop the extraordinary vision of the Moken children before them. Hong, a Moken community leader told the Guardian:

“Moken are supposed to travel, to be nomadic, to travel freely. So if we cannot travel freely, we are dead, culturally at least. Moken children use mobile phones, study English and chose to be educated. We’ve abandoned our old traditions so much we risk losing them entirely.”

The BBC published a short video on the Moken people and the extraordinary abilities of their children. See for yourself, below.