Explained: How Tibetan Monks Use Meditation to Raise Their Body Temperature

In a remote Buddhist monastery in Northern India, a group of monks sit calmly, lightly dressed and unaffected by the shockingly low temperatures of their surroundings (40 degrees Fahrenheit / 4 degrees Celcius). They are then draped with ice-cold, wet sheets of fabric. In conditions that would not only cause the average person to shiver uncontrollably, but could even result in death, the monks remain unperturbed.

If that’s not amazing enough, the wet sheets soon begin to steam and after approximately 1 hour are even completely dry.

How is this possible? The monks were using a yoga technique known as g Tum-mo, which allowed them to enter a state of deep meditation and significantly raise their body heat, some as much as 17 degrees (Fahrenheit) in their fingers and toes.

After the first sheets were dry, they were replaced with new wet sheets by attendants. Each monk was required to dry 3 sheets over the course of several hours. In other contests held during cold Himalayan nights, the person who dries the most sheets before dawn is considered the winner.

The heat generated through g Tum-mo is only a by product of a process designed to correct misconceptions of reality as defined by Buddhism. Herbert Benson, an associate professor of Medicine at Harvard University who has been studying g Tum-mo for over 20 years, is a firm believer in the healing power of such practices. 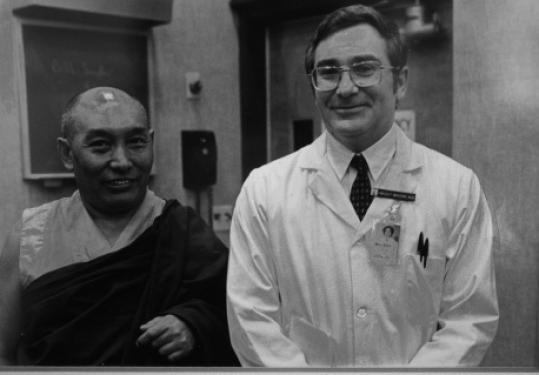 ”The study of advanced forms of meditation like g Tum-mo can uncover capacities that will help us to better treat stress-related illnesses. More than 60% of visits to physicians in the United States are due to stress related problems, most of which are poorly treated by drugs, surgery, or other medical procedures.”

The two aspects of g Tum-mo meditation that lead to temperature increases are ‘Vase breath’ and concentrative visualisation. ‘Vase breath’ is a specific breathing technique which causes thermogenesis, a process of heat production. The other technique, concentrative visualisation, involves focusing on a mental image of flames along the spinal cord in order to prevent heat loss. Scientists at Harvard see the phenomenon as a profound example of the mind’s ability to influence the body. 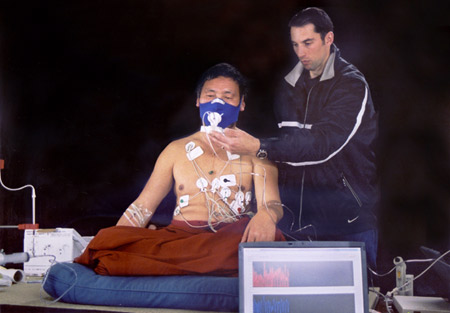 Benson is also the president of the Mind/Body Medical Institute at Beth Israel Deaconess Medical Centre in Boston. There, he uses a technique he has developed called the ‘relaxation response’  which he describes as ‘a physiological state opposite to stress’.

The response is characterized by a decrease in blood pressure, breathing, metabolism and heart rate. Benson and his team use the approach to treat sufferers of anxiety, depression, insomnia, infertility, high blood pressure, irregular heartbeat, and even to calm those with psychological trauma such as grieving death, or diagnosis of life threatening illnesses. Benson and his colleagues at the Institute even offered aid to those working at Ground Zero in New York City clearing wreckage and bodies after the 9/11 attacks.

“My hope,” he says, “is that self-care will stand equal with medical drugs, surgery, and other therapies that are now used to alleviate mental and physical suffering. Along with nutrition and exercise, mind/body approaches can be part of self-care practices that could save millions of dollars annually in medical costs.”

Benson’s findings give testament to the immense power of the human mind. But this is only an example of how little we truly know about it, and how meditation can be a path towards understanding and controlling it better.