(Video) When a Majestic Rare Solar Phenomenon Appeared in Sweden

(Video) When a Majestic Rare Solar Phenomenon Appeared in Sweden
Rarely seen, the solar halo was captured and shared by millions via social media.
Read More

As if frolicking about in the snow at a Swedish ski resort wasn’t awe-inspiring enough, earlier this month slope-goers were treated to an exquisite and rare phenomenon known as a sun halo. As the sun rose over the Vemdalen ski-resort, a halo of light surrounding the sun appeared low in the sky. One device-happy skier was able to capture footage of this most breathtaking wonder, sharing it with millions across the world via social media.

The sensational sun halo footage was captured by Ludvig Lundin on the 1st of December. Ludvig and others stood in awe and amazement as the sun halo formed and sat poised in the golden sky above them. Ludvig reached for his device and recorded 25 seconds of footage that captured the halo in all its glory. The clip was viewed some five million times on Facebook.

The phenomenon profoundly affected many of its viewers. One observer commented, “These are the kind of things that helps you understand people believing in angels… What a sight, if you didn’t know anything about it, of COURSE you’d think it was beyond this world.” These sentiments were shared by many.

Sun Halos: What Are They Exactly?

Sun halos are caused by sunlight passing through cirrus clouds that have fine ice crystals within the body of the cloud. Typically, they occur at about 22,000 feet above the location of the viewer, with the crystals lined up in the correct orientation with respect to the observer’s eye.

According to The Weather Channel, the specific geometric shape and size of the ice crystals within these clouds ‘causes light to undergo two refractions, or bends, as the light passes through the ice crystal. Once the second bend is made, the light appears as a halo in the sky.’ The light is bent at a precise angle of 22 degrees from its original direction. This unique angle of refraction is why sun halos are often referred to as 22-degree halos.

Why This Particular Sun Halo Was Unique

While sun halos have occurred many times before, this instance was particularly unique.

According to an article by the Bastille Post, ‘Such dramatic displays usually occur naturally only in polar regions where the ice crystals of frozen fog, known as diamond dust, refract and reflect the sunlight like tiny prisms. Near the Poles the crystals can be optically very pure and can have extremely regular hexagonal shapes. But in a place like Vemdalen, such halo-forming ice crystals will have been man-made.’

And that’s exactly what had happened. A large network of snow machines labored tirelessly overnight, pumping out an abundance of clear and regular-shaped crystals— a cloud of diamond dust that facilitated the formation of the sun halo the following morning. 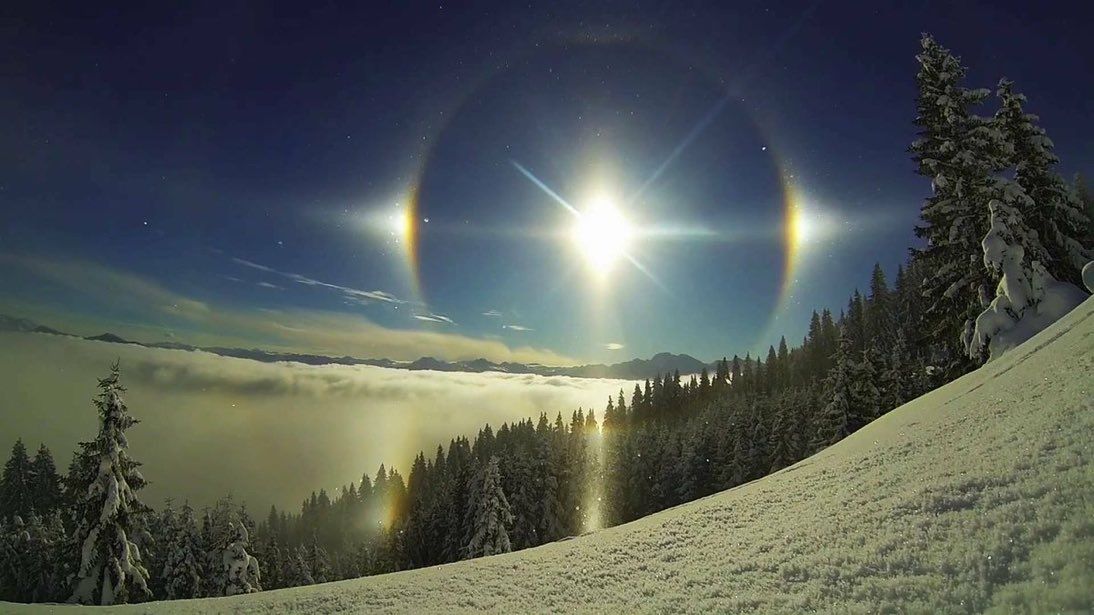 Some of you may remember another weather related viral video of yesteryear— ‘Yosemitebear Mountain Double Rainbow’. There is no doubt that this particular natural phenomenon blew that guy’s mind. However, this is just one of many captivating natural phenomena that has a soul-searching effect on those who have the privilege of seeing them first-hand.

While Lundin’s footage of a sun halo over the skies of western Sweden is nowhere near as lengthy and painful to listen to as the double rainbow video, it highlights, yet again, that this beautiful planet we call home is a wonderful place to live. 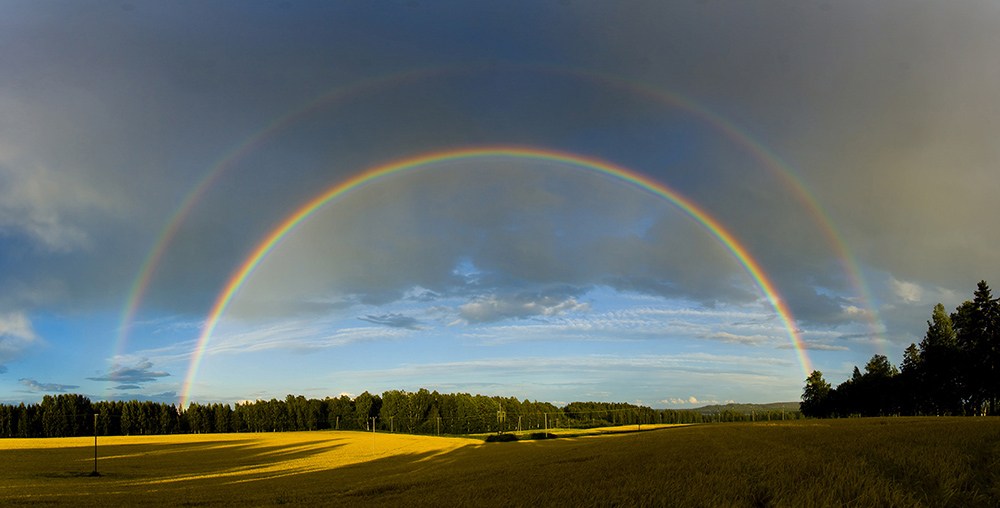