Man Removes Swastika Tattoos After Befriending African American Parole Officer
"If you got a strong support system, and you have people that believe in you in a positive way, you can change."
Read More

Colorado resident Michael Kent spent over twenty years of his life hating people who were different than him. He participated in violent neo-Nazi demonstrations and served as an active member in an Arizona-based white supremacist group. These days though, Kent is known for associating with men and women who most neo-Nazis would want nothing to do with—and it’s all because of an African American parole officer named Tiffany Whittier.

“She gave me a chance,” Kent says of the parole officer who was originally assigned to Kent’s case load. Whittier took her duty as officer to a whole new level. Instead of solely supervising Kent (who had just finished serving a stint of time in prison), Whittier chose to open his eyes to love, not hate. She could see that his life was deeply depleted of positivity. It was there waiting for him, but he needed a little encouragement to see beyond the surface of people’s skin. 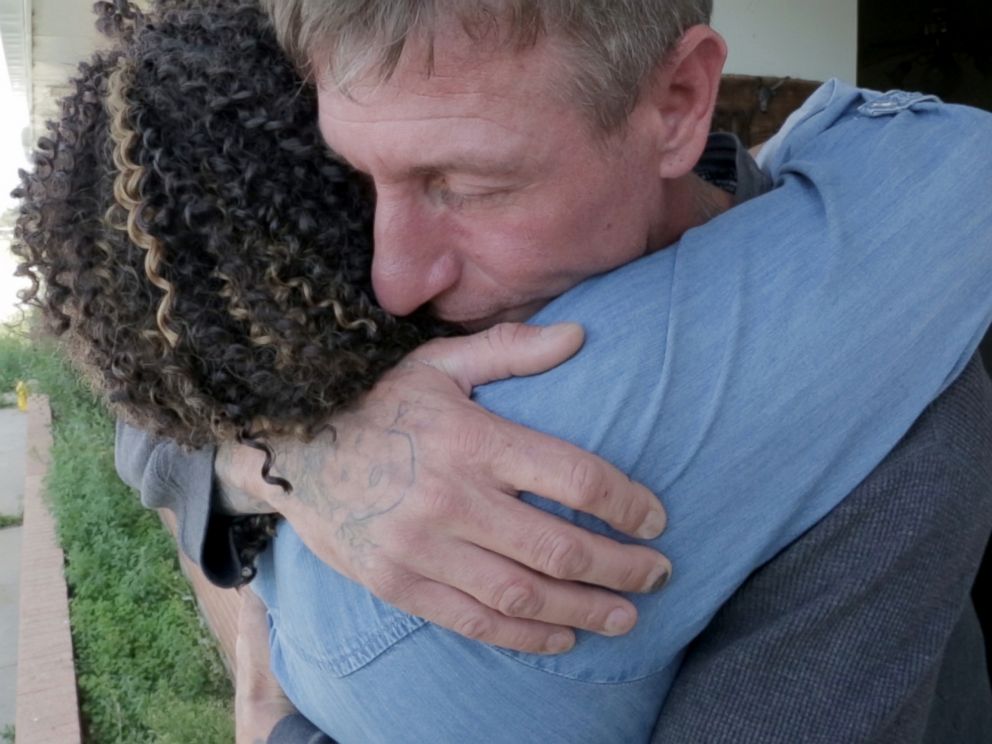 She appeared at Kent’s house one day and told him to take down the many Nazi flags strung up on his walls. “She said, ‘you need to take that crap down and start putting up more positive stuff. Put up smiley faces so when you wake up you see positive instead of hate. When you wake up and see a smiley face, you’re going to go to work and you’re going to smile,” Kent told ABC News.

Whittier comments that she never once judged Kent as a person, not even for his past associations with skinhead organizations. She has made positivity her passion, and her job is to bring that positivity into other people’s lives.

“If it wasn’t for her, I would have seeped back into it,” Kent, a father of two says, referring to how his unlikely friendship with Whittier allowed him to dodge that lifestyle of hatred. “She really is so much more than a parole officer. I look at her as family.”

Kent’s most recent efforts to separate his new self from his former racist outlook took him into the tattoo parlor for a 15-hour tattoo removal procedure. During his incarceration, Kent received two swastika tattoos and a large “White Pride” bannering across his upper back. Because his tattoos no longer reflected his social and political views, he vowed to cover them up. Gearing up for the big removal, Kent said “It’s going to be painful, but it’s going to be worth it.” 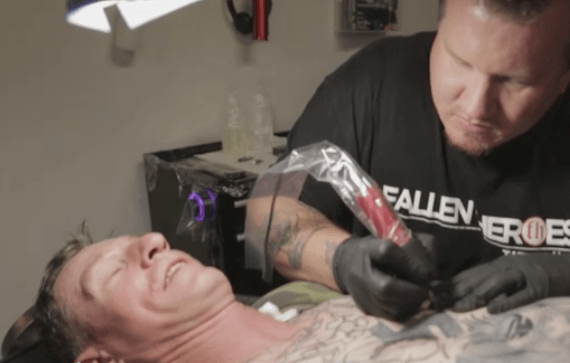 Kent was able to fully remove his racial tattoos in large part to the generosity of Redemption Ink, a national non-profit which offers free removals of gang, prejudice, and hate-related tattoos. The organization’s owners, Dave and Beth Cutlip, say of their donation-relying business, “There’s enough hate in our little world, and we can’t find anything wrong with wanting to erase some of it.” We think that Whittier and Kent couldn’t agree more.

Currently, Kent works at a chicken farm with 13 other employees. He is the only white man among them. “Before all this, I wouldn’t work for anybody or with anybody that wasn’t white.” Thanks to his relationship with Whittier and his new outlook on life, he is a regular at company BBQs and family quinceañeras, despite racial differences.

Holding back tears on camera, Kent reminds all people, whether speaking to neo-Nazis, substance abusers or people struggling with addiction, that “if you got a strong support system, and you have people that believe in you in a positive way, you can change.“

Former neo-Nazi has swastika tattoo removed thanks to unlikely friendship from an inspirational African-American parole officer: "If it wasn’t for her I would have seeped back into it…I look at her as family.” http://abcn.ws/2hvfvyH