Remember This Nigerian “Witch Boy”? He’s Happy, Healthy and Off to School

Last year, a starving toddler was left for dead by his parents in a small village in Nigeria before being rescued by Danish aid worker Anja Ringgren Loven—the woman who gave him his name. “I chose to call him Hope, because right now, we’re all hoping that he survives,” Loven wrote in a blog post two days after she rescued the boy. Now, that toddler is off to his first day of school, well-fed, happy, lively, and virtually unrecognizable from the child he was last year. Loven saved Hope’s life, and others who, like him, share the same tragic beginning—babies accused of being a witch.

Loven is the co-founder of the African Children’s Aid Education and Development Foundation (ACAEDF). Last year, she shared a photo of her first meeting with Hope to raise awareness about witch hunts happening all around the country. She described finding hope saying, “[He was] in a village, naked, alone and almost dead,” and said she’s seen, “both frightened, tortured, and even dead children” in the witch camps where they’re left.

In 2009, CBS reported on this issue and estimated 15,000 children were accused of witchcraft in two of Nigeria’s 36 states over the last 10 years. Of those 15,000, 1,000 of them have been murdered. One child they noted was a nine-year-old boy whose family pastor had accused him of being a witch. His father, in an attempt to exorcise him, tried to force acid down his throat, which ended up burning away his eyes and face. He died a month later.

It turns out pastors are often involved in accusing children of being witches, and 13 Nigerian churches have been accused of contributing to this growing problem. When a child is accused, they are oftentimes tortured or killed by the family members or the church members, who take the Bible verse, “Thou shalt not suffer a witch to live,” to a whole new level.

Though rarely mentioned in case studies, these children often come from extremely poor families, who may even be relieved to have one less mouth to feed. In Nigeria, poverty, poor education, and violence serve as a foundation for these superstitions, and communities look for scapegoats when things go poorly for a village or community.

Martin Dawes, a spokesman for the United Nations Children’s Fund, said the trigger is sometimes the “death of a relative, the loss of a job, or the denunciation of a pastor,” and people look for a reason why. These old-school beliefs—that someone must be blamed for negative change—is rooted both in the lack of education and religion in which Christianity is blended with paganism.

Organizations trying to help—like UNICEF, the United Nations Children’s Fund, and Loven’s foundation, ACAEDF—usually begin their work in villages where ministry and dominion theology takes center stage. Pastors in these communities are generally corrupt, and teach their followers that the problems they are facing are caused by witch-children in their families. Hungry for cash, these pastors offer to deliver exorcisms to drive out the witch spirits that are keeping them from prosperity. 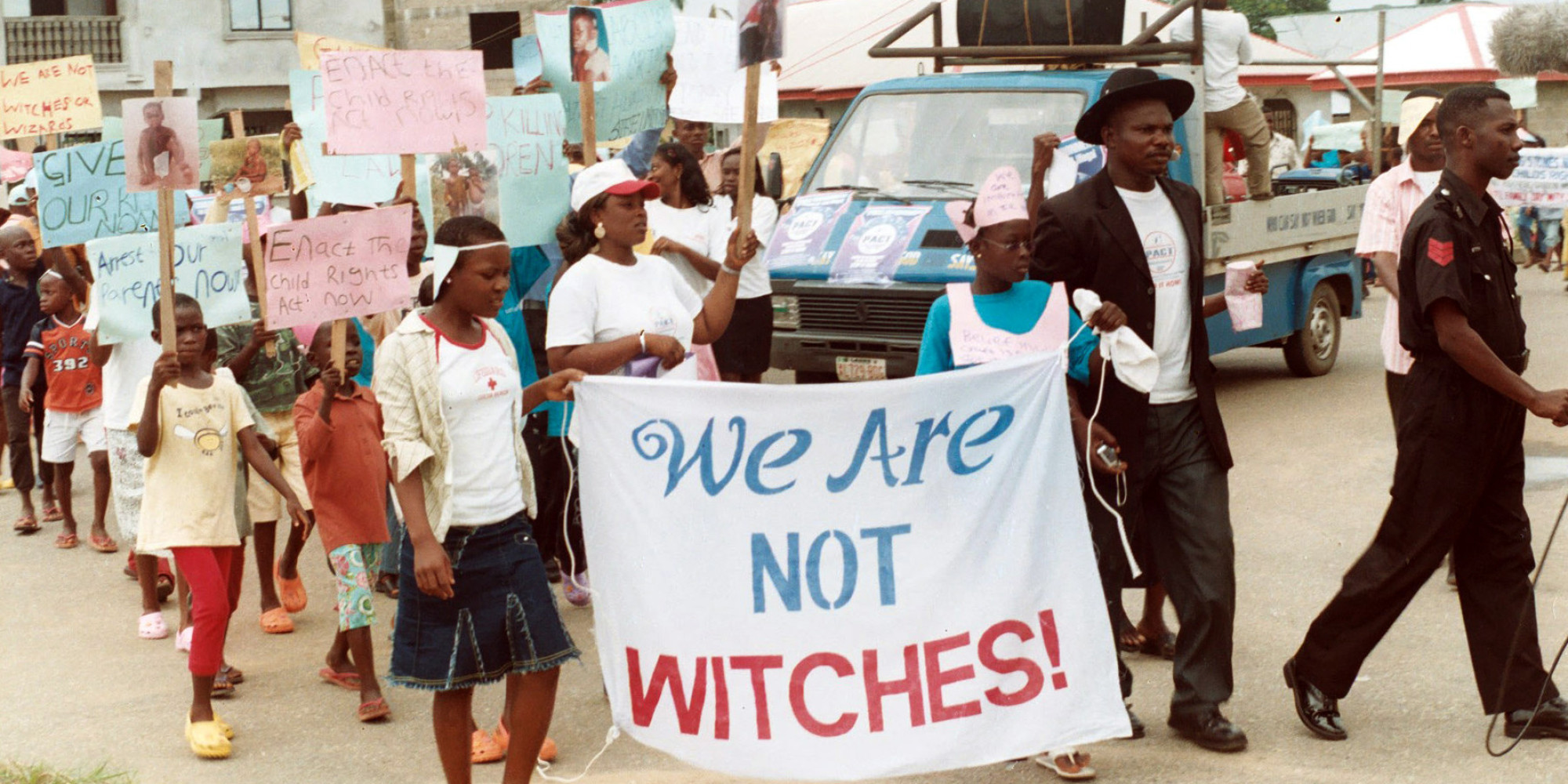 Uneducated parents generally choose the child with something different about them—either in appearance or temperament—and become convinced that they are the root of their problems. Similar to the witch-hunts that plagued the U.S., these children are then beaten, tortured, or cast away until they confess.

This was the case for Hope who, after he was beaten, was left for dead and abandoned entirely by his family. Having witnessed this first-hand, his savior Loven sold everything she had to set up her charity, and has made her life’s work educating communities about the disinformation around witch kids and setting up homes for abandoned children to live and thrive.

Today, Hope lives in an orphanage run by Loven and her husband with 35 other children coming from a similar beginning. He is proof that there is hope for these kids, and that their lives can be turned around with the proper attention and care. In a Facebook post, she says: “As you can see Hope is growing with speed and he is such a handsome, healthy and very happy young boy because of the tremendous love and care he receives everyday from our staff and all our children. Where there is love there is hope.”