You know your air quality has hit an all-time low when canned fresh air has become a better alternative. That is what it has come to in some Chinese cities, with people clamoring to purchase cans of “fresh” air imported from Australia.

Sydney businessmen John Dickinson and Theo Ruygrok have found a unique way to profit from the environmental pollution problems currently plaguing China, and have begun shipping over cans of crisp Australian air – for around $18.80 AUD ($20 U.S.) a can.

Rather than just offering Chinese customers one generic type of fresh air, the fellas have branched out and have five different flavors of sweet, untainted Aussie oxygen. Shoppers have their pick among Blue Mountains, Bondi Beach, Yarra Valley, New Zealand and Tasmania. The flavors have different air quality descriptions, too. For example, Bondi Beach promises a salty beach type of air, while Blue mountains offers Eucalyptus qualities. Considering that China’s air quality is so terrible that the government advises people not to go outside on certain days, spending money to give your lungs the taste of a clean ocean breeze, though bizarre, doesn’t sound so crazy after all. 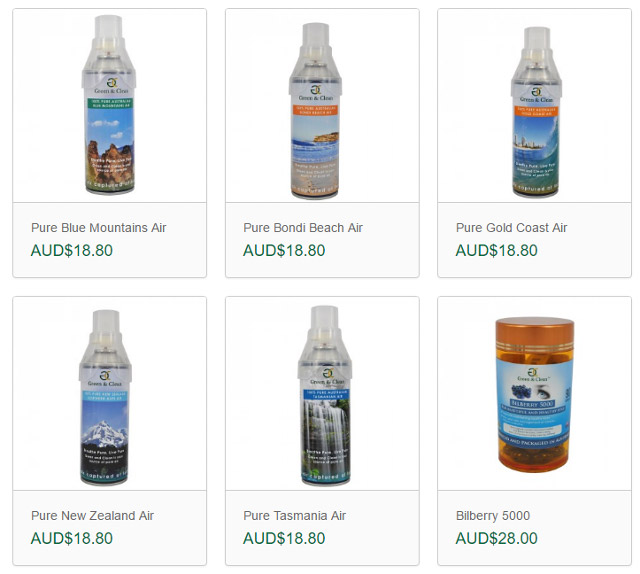 Ruygrok said he came up with the idea after he and Dickson visited China about a year ago. “Wouldn’t it be great if we could take a bit of this air over to China?” he asked Dickinson. Dickson added he realized just how good they had it in Australia and how others should be able to experience a little slice of their clean air. “We live here, and we love it. You don’t have to travel too far in the world to realize we live in paradise here,” he said. “What we are really trying to accomplish is: you know when you go to a pristine location early in the morning and you take that deep, first breath of air and you get that really alive and invigorating feeling? That is what we think we have captured and that is the excitement of it.” 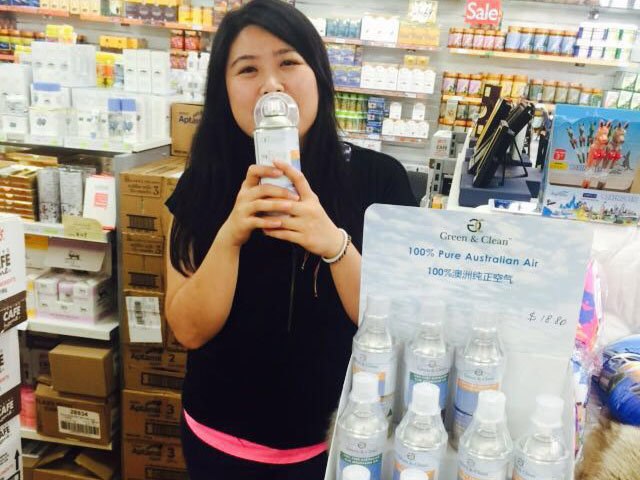 Each can holds around 140 deep breaths of fresh air. Simply strap the can to a face mask, inhale deeply and try to forget you live in a country that has ravaged its environment after years of neglect. Dickson said the product is aimed at the middle-class, who is becoming very health conscious and aware of the health costs of living in polluted cities. The cans of mountain and beach air seem to be a hit so far, with shoppers like Vivian Zhou stating: “The air pollution is very heavy now in China so we all love the pure air from Australia. I buy the air from Australia for my clients and I post it back to them.”

Let’s hope the fact that people are now buying imported canned fresh air just to breathe comfortably serves as a wake-up call to China’s government that pollution control steps must be taken. Currently, it’s estimated that around 4,400 Chinese citizens die a day because of air pollution-related problems, and 63% of the time Beijing’s air quality is considered hazardous. The country has been a heavy coal-burning nation for decades, and only recently started to inch towards more environmentally-friendly protocols of factory production.

As crazy as buying fresh air might sound, it’s not that much of a stretch from the reception bottled water received from the American public 25 years ago (bottled water is a billion dollar industry today). And with the way environmental problems are going, it might not be long before the Western world starts also ordering boxes of fresh air in a can as well. Take a moment to breath that reality in.