Santiago Borja is a 31-year-old pilot who works for Ecuador Airlines. After spending 800 hours per year for the first five years of his career above the clouds, Santiago decided to share some of the incredible sights he would witness while on shift. 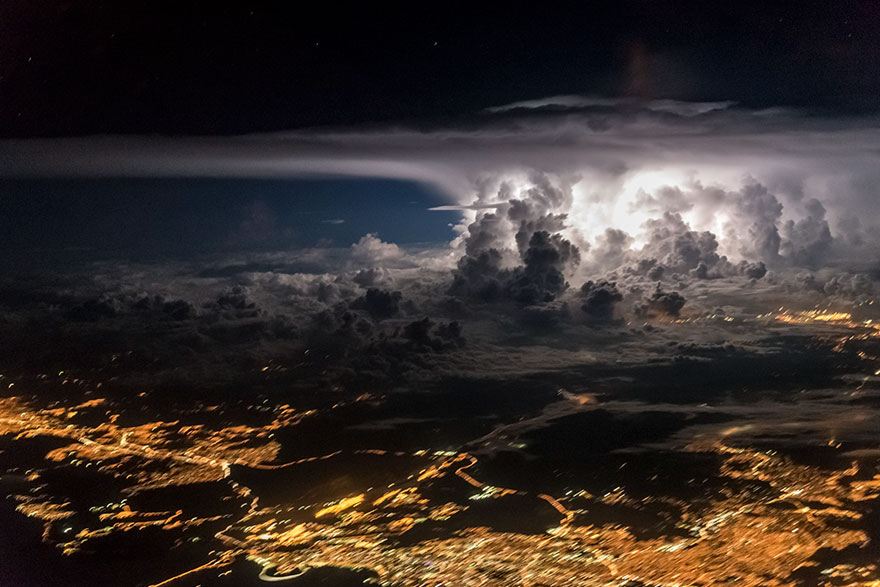 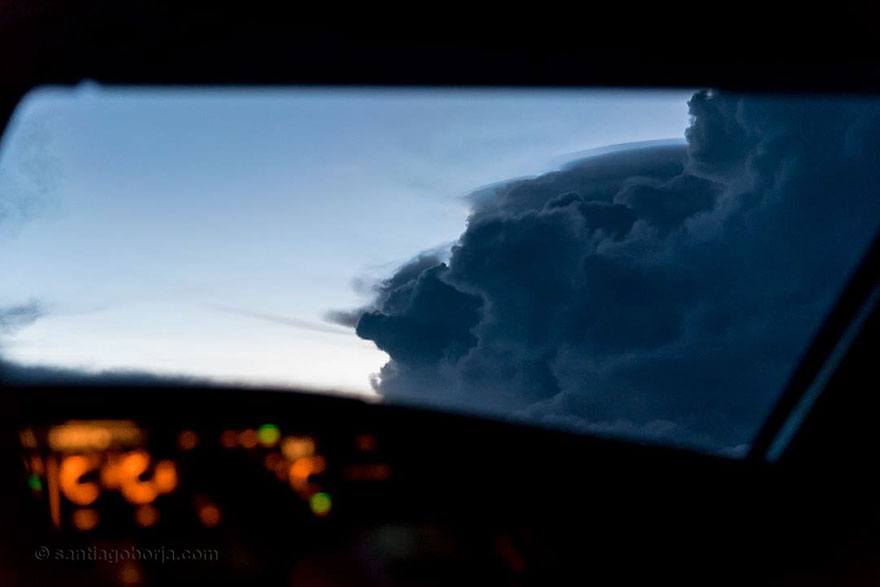 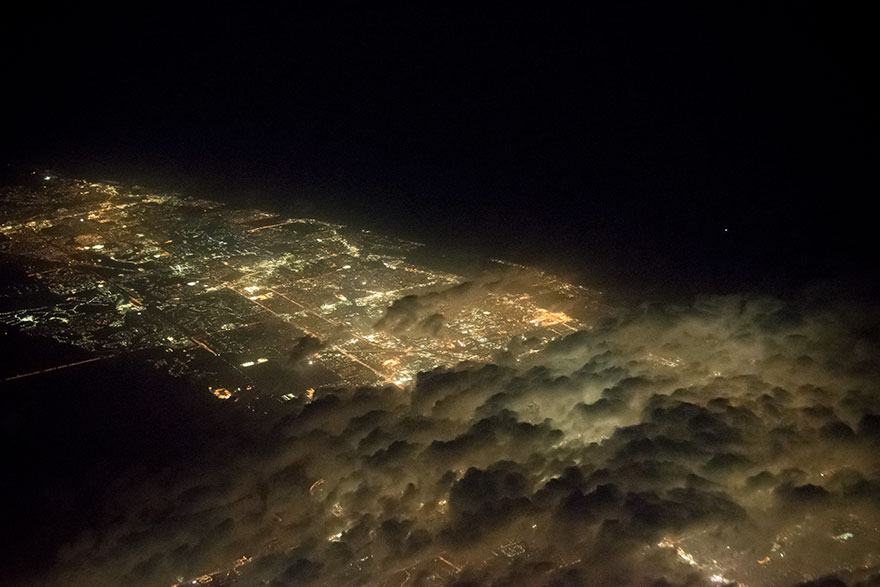 In his off duty hours in the sky, Borja began to take photos of the storms he would pass through. His unusual vantage point produced some truly breathtaking images. 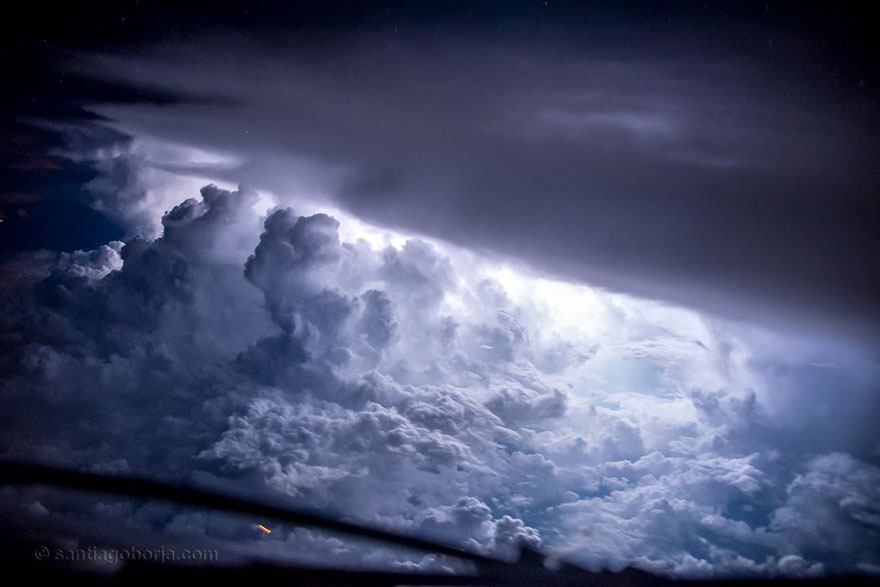 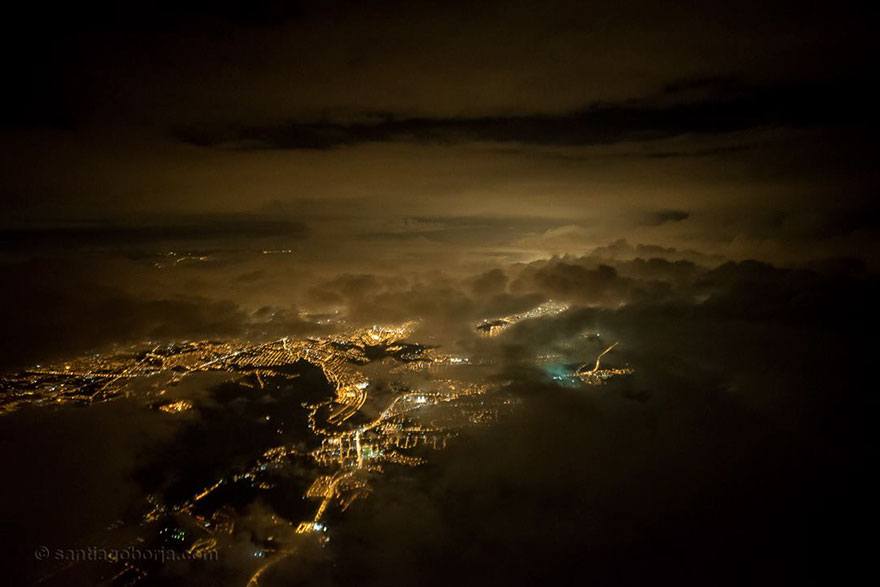 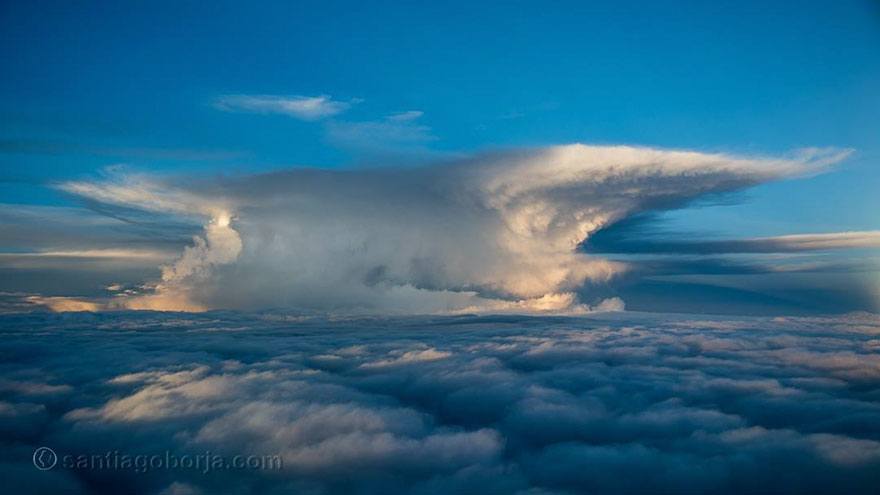 Santiago’s photographs have caught the attention of the Washington Post and the National Geographic among other media publications. They have even been used in NASA presentations and educational materials. 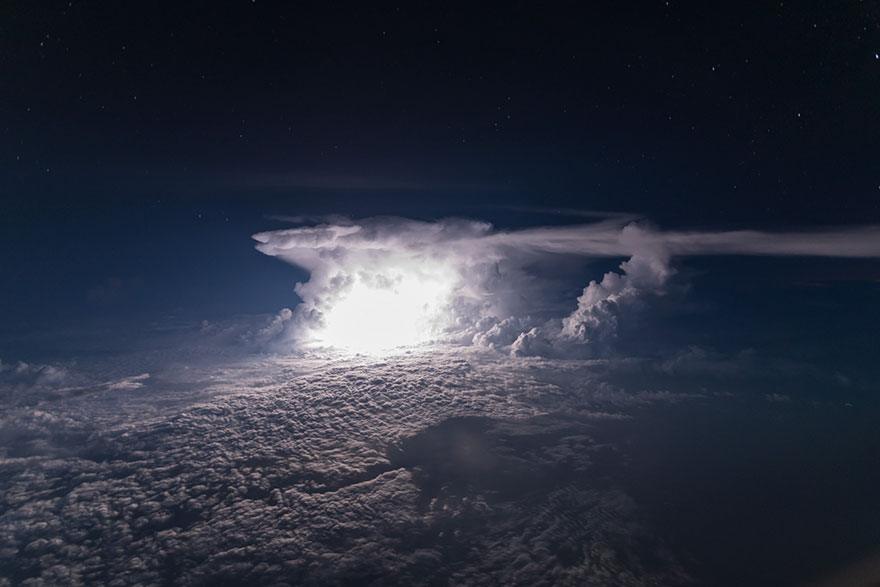 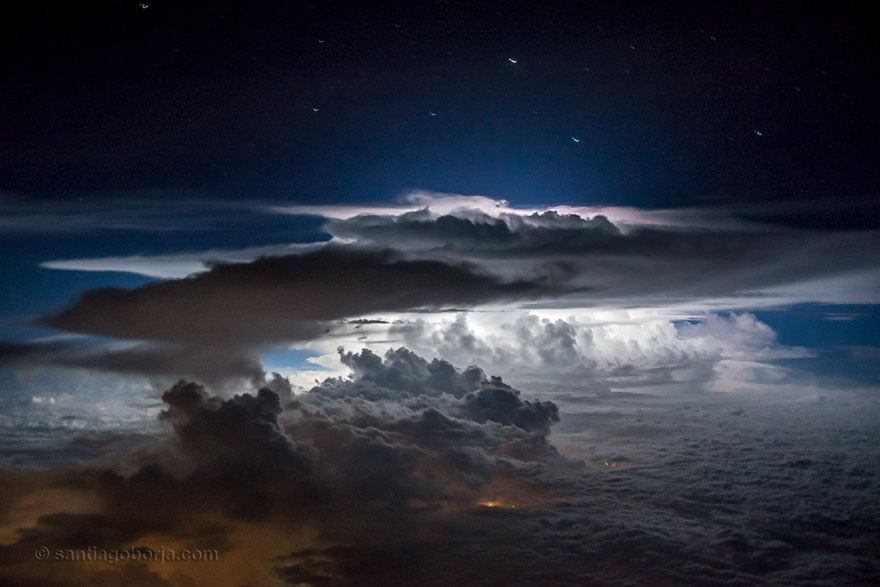 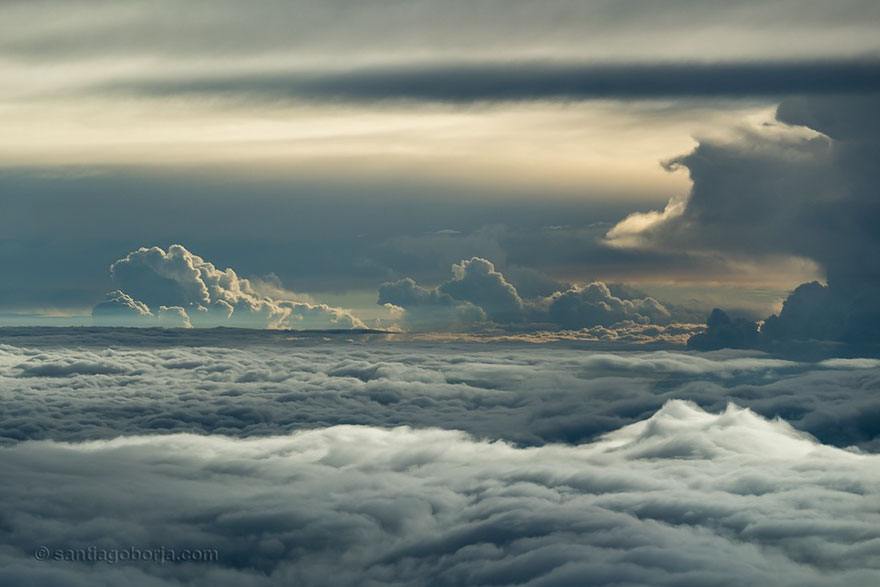 His photo of a violent cumulonimbus cloud over the Pacific earned him third place in the National Geographic‘s Nature Photographer of the Year competition in 2016. 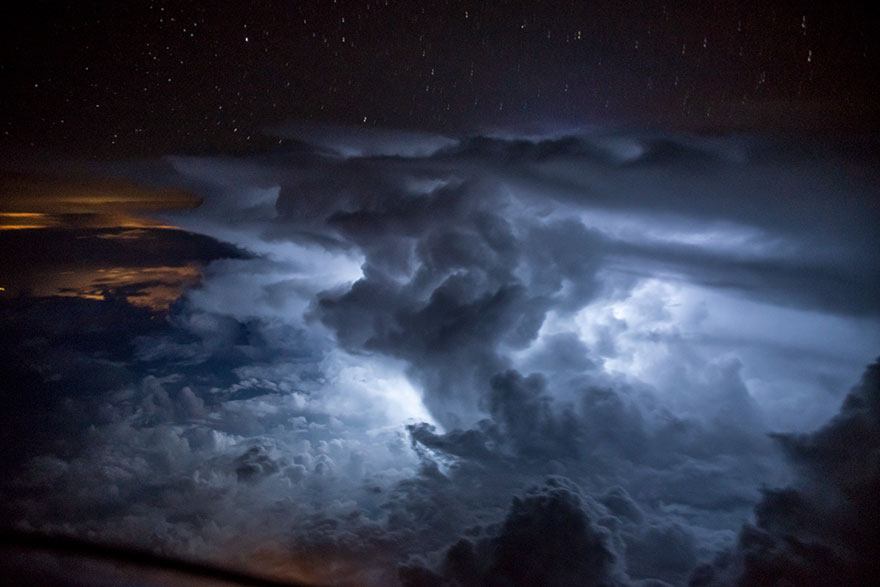 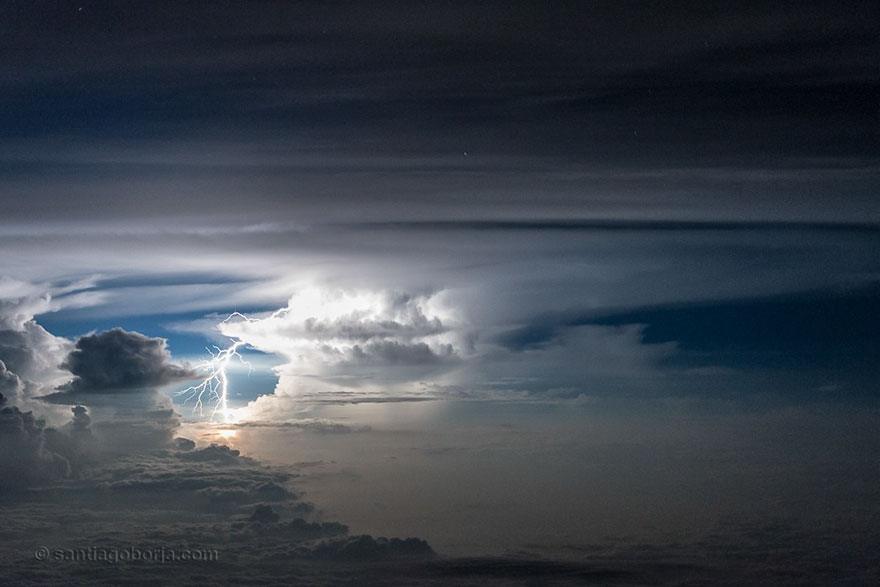 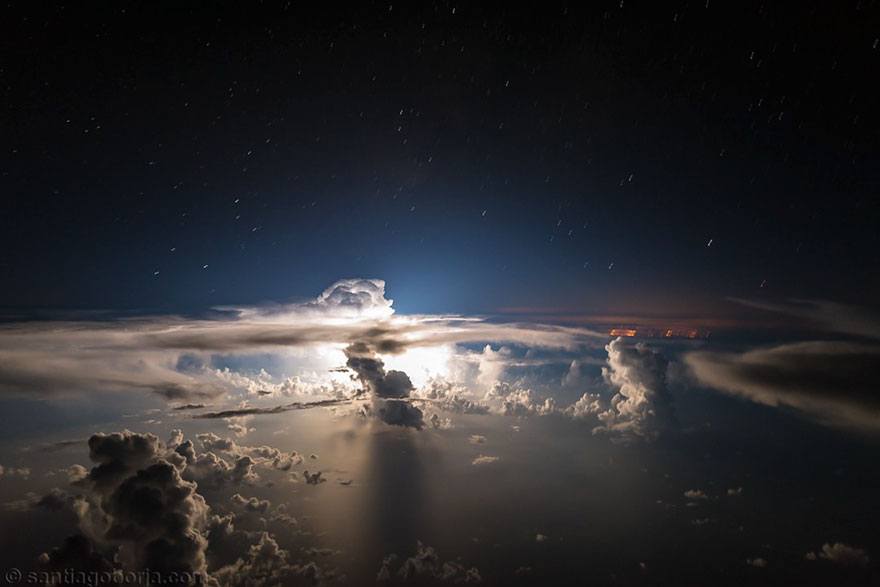