Seaweed-Based Material Could Replace Plastic in the Near Future

Seaweed-Based Material Could Replace Plastic in the Near Future
Plastic's invasive and indestructible nature has made it one of the biggest threats to the health of our planet.
Read More

Plastic has become an omnipresent and practically unavoidable material, used to build or package the majority of products in modern society. Its invasive and indestructible nature (with an estimated lifespan of anywhere between 500 and 1,000 years), along with the fact that it is very difficult to recycle, has made plastic one of the biggest threats to the health of our planet. Around the world, humans use a whopping 1 million plastic bags per minute, and that’s just one piece of the enormous plastic puzzle.

3 working designers (Kosuke Araki, Noriaki Maetani and Akira Muraoka) from the Japanese company AMAM have banded together to create Agar Plasticity, an exciting new product that may help steer us away from the dire consequences of our ubiquitous plastic use. Agar Plasticity uses a material that is extracted from agar, a gelatinous substance found in red marine algae.

Agar is common in Japan, where it’s used as an ingredient in traditional Japanese desserts. It is sold dried, and then melted down with hot water.

“We were attracted to the materiality of agar—the delicacy in its texture and beauty in its appearance—at a local supermarket. Relatively soon after that, we thought its delicate and light structure would be suitable for cushioning material. Then, we did some experiments and found agar was moldable, so we decided to send our proposal to the 2016 Lexus Design Award.” – Araki, Maetani and Muraoka 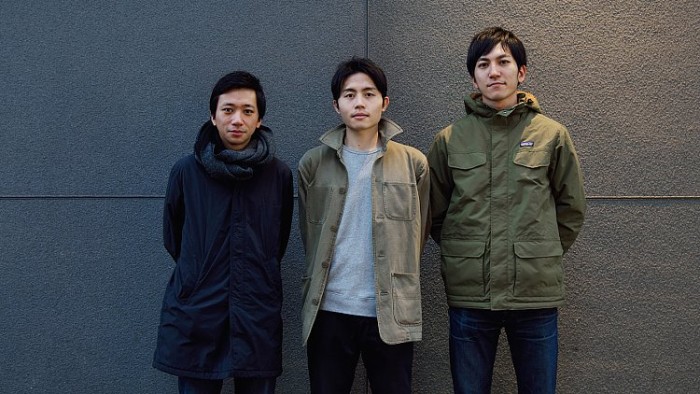 The Lexus Design Award is an annual, international design competition that targets up and coming creators whose work contributes to shaping a better future. Agar Plasticity was selected as one of the top four submissions to go into prototype creation this year. The Japanese trio will now work with the award’s mentors, a selection of globally recognized designers from across different industries to bring Agar Plasticity into fruition.

“We are currently designing a box-like package, which has a cushioning structure derived from the freezing process for delicate objects (like a fragrance bottle), cushioning sheets for wrapping, and nugget-like cushioning. We are ultimately dreaming of replacing disposable plastic products, such as shopping bags, amenity goods prepared at hotels and so forth, with agar-derived plastic.” 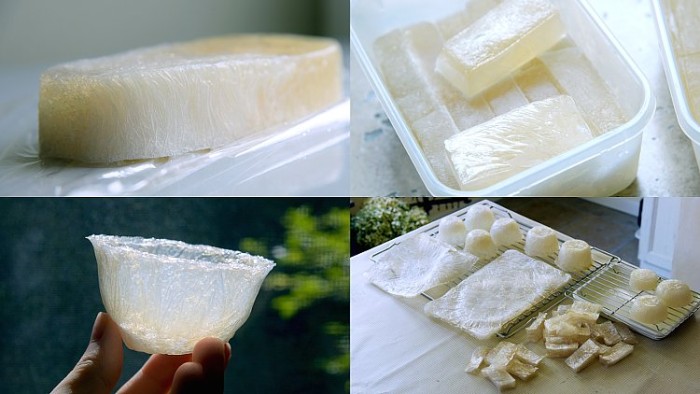 The new material is promising for a variety of reasons. The process of creating the product from agar is similar to its traditional use and therefore familiar and accessible. The agar powder is dissolved in simmering water and then left to set into a jelly like substance. It is then frozen for two days, at which point it’s suitable to be used as cushioning for a packaged item. After this stage, it’s then thawed and air dried.

Another benefit of Agar Plasticity is of course that it doesn’t harm the environment like plastic does. It’s actually great for the garden when mixed with soil, as it absorbs and retains water quite well. And if it were to find its way to the ocean, it wouldn’t be harmful to its ecosystems, as it’s made from marine algae in the first place. 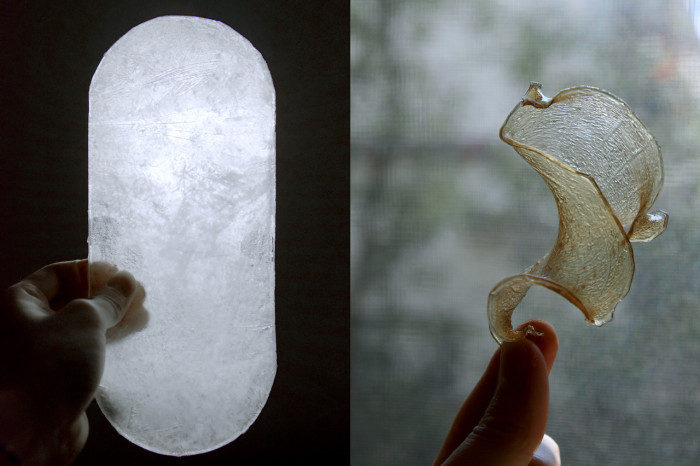 Finally, AMAM assures there should be no problems if the demand for Agar Plasticity were to explode.

“Agar is extracted from two specific kinds of red algae by boiling. One of them—the one used to produce agar powder—can be aquacultured. The other seemingly cannot. The one that can is actually currently cultured and harvested worldwide in Chile, Egypt and Asia. So, I think even if the agar package is widely used, there would be a possibility to supply the raw material constantly.”

Agar Plasticity is certainly an exciting advancement in the search for a solution to one of the biggest issues faces our planet. And although the plastic alternative is only in its prototype phase, its relative simplicity has definitely caught the attention of, and given hope to others who are working towards a healthier earth.

While the designers themselves do not have the technical means to take Agar Plasticity to a level of production that would truly replace plastic, they are hoping to catch the eye of researchers who might be interested in collaborating with them in taking Agar Plasticity to the world.