This Sleep Paralysis Sufferer Recreates his Dreams in Haunting Photos

Nicolas Bruno is a New-York based photographer who has been haunted by sleep paralysis most of his life. For some, this could lead to insanity – but Nicolas uses his unusual condition as fuel for his surreal photographic artworks.

At the age of 15, Nicolas began to experience the terrifying phenomenon of sleep paralysis. He describes it as ‘an experience in which the individual becomes conscious and is left immobile in a state between being awake and asleep. The wakeful mind separates itself from the mobile functions of the sleeping body and the individual begins to experience visual and auditory hallucinations – essentially dreaming while awake.’ 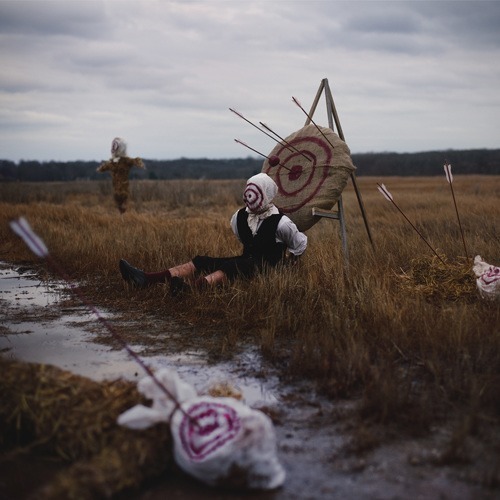 ‘I have experienced extreme terror during these dreams, which includes faceless silhouetted figures, embraces from shadow-like hands, and the warping of reality around me.’ 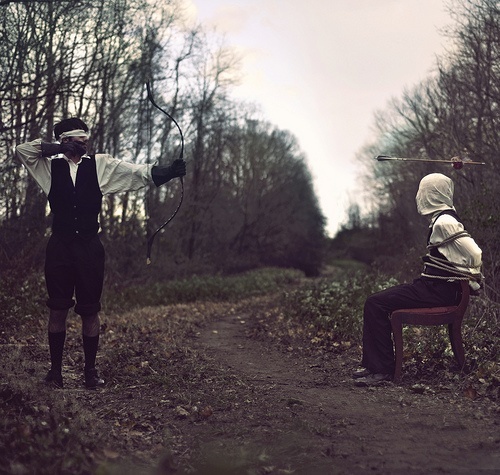 Nicolas began to keep a notepad by his bed so he could record his bizarre and often terrifying experiences at the moment he would emerge from an episode of sleep paralysis. Rather than record it in words, he draws a quick sketch of what he has seen.
This early sketch depicts the ultimate composition of the final photograph, yet to be staged. 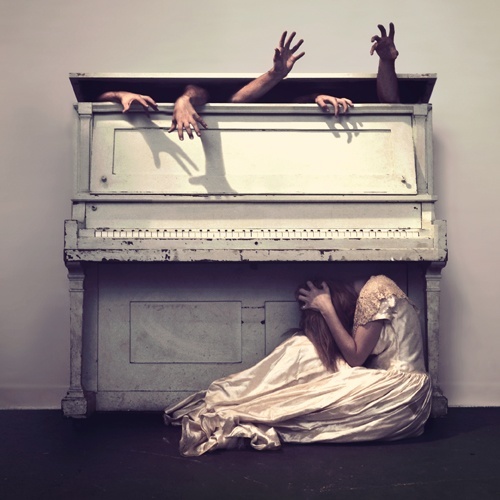 Then, using other learned skills including blacksmithing, sewing, sculpture and costume design, Nicolas recreates the hallucinated environment and places himself within it.

‘I strategically shoot a multitude of images on a tripod while I model, as the camera shoots on self­‐timer or shutter release remote. Bringing myself to act as the subject in these chaotic scenarios reflects the physical and mental struggles that take
place within the dreams.’ 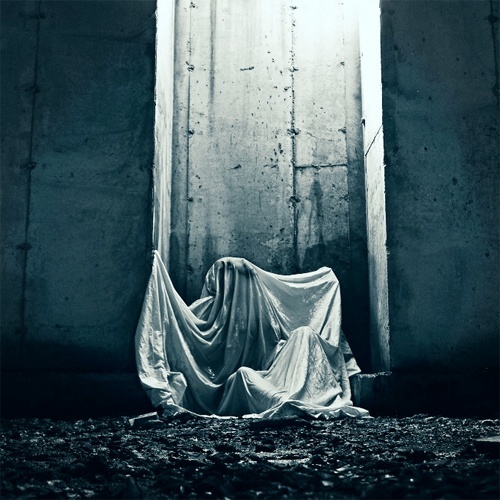 Nicolas discovered many similarities in the visual and auditory experiences with those who also suffer from sleep paralysis. These can include seeing figures pacing about their room and embracing them in a threatening manner, and hearing screams or words spoken in indecipherable tongues. While using his photographs as a form of catharsis and therapy for his own experiences with sleep paralysis, Nicolas also creates them to give a taste of what it is like, to those who have never experienced it before. 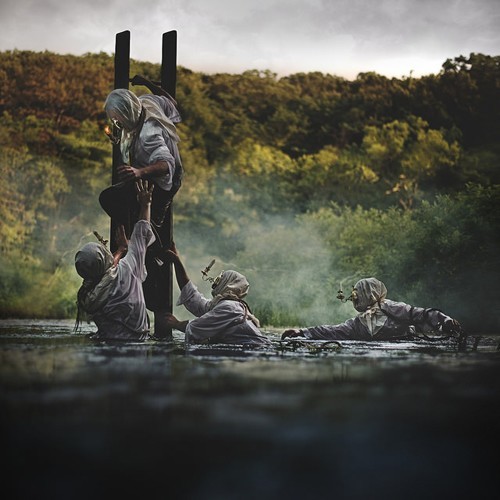 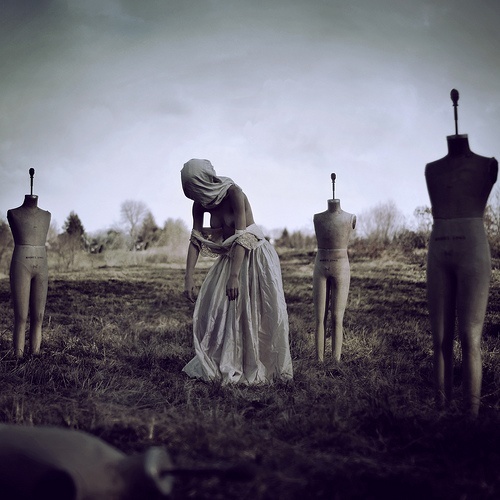