These Complex, Abstract Masterpieces Are Made to Stimulate Your Brain

These Complex, Abstract Masterpieces Are Made to Stimulate Your Brain
We caught up with James Roper for an insight into his mesmerizing artwork.
Read More

James Roper is an artist whose images dance in the space between mystery and clarity. He likes to pull his audience into a state of visual limbo, stimulating the brain into creating recognizable forms in the abstract folds and gradients of his work. His distinct brand keeps eyes searching and imaginations burning. We caught up with James for some insight into his unpredictable process.

Could you explain your creative path to where you are now?

I knew I wanted to be an artist by the time I was 17. I’d always been interested in a creative path but didn’t know what field it would be in. When I learnt about how visual art could express ideas and deal with philosophy and narrative, I knew it was the right path to pursue all the different ideas I wanted to express.

After a 3-year degree in fine arts, I got a lucky break with my first large scale commission painting murals in an office space, and it formed a good foundation for me to build my career on. 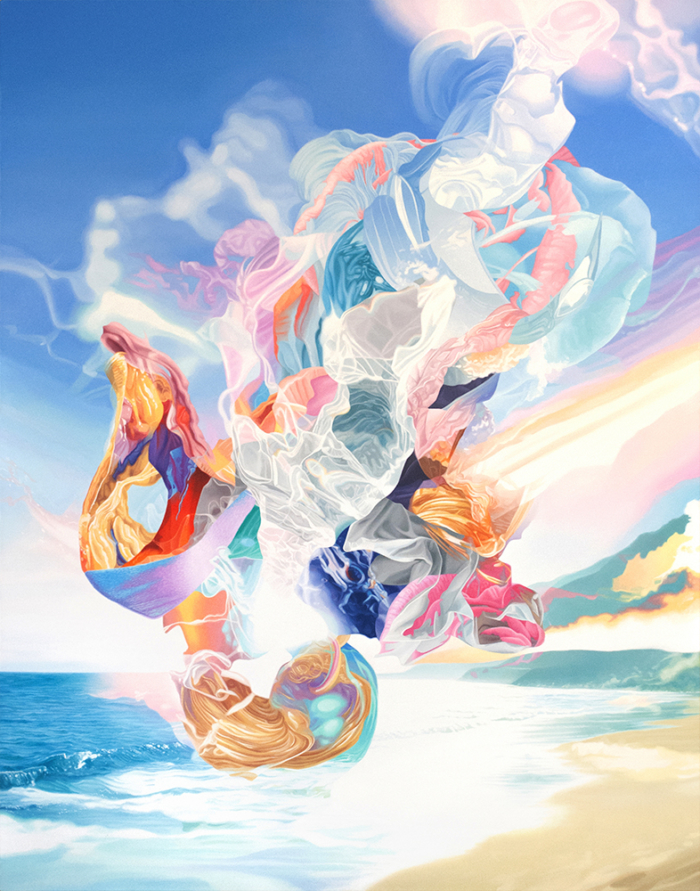 Your works are captivating in that they are complex, yet very abstract. Could you walk us through the process of creating a piece?

Most of my work is created using a form of collage within Photoshop. I manipulate form, size, and colors along with complex layering of both my own and found imagery collected from the internet to create each composition. Then through the final process, whether that is in vector, drawing or painting, the piece is fused together further.

Initial ideas for the composition as a whole usually start with a feeling I want to portray or a color palette and certain forms that I want to use, then I let the process take over and inform which direction feels right to go. 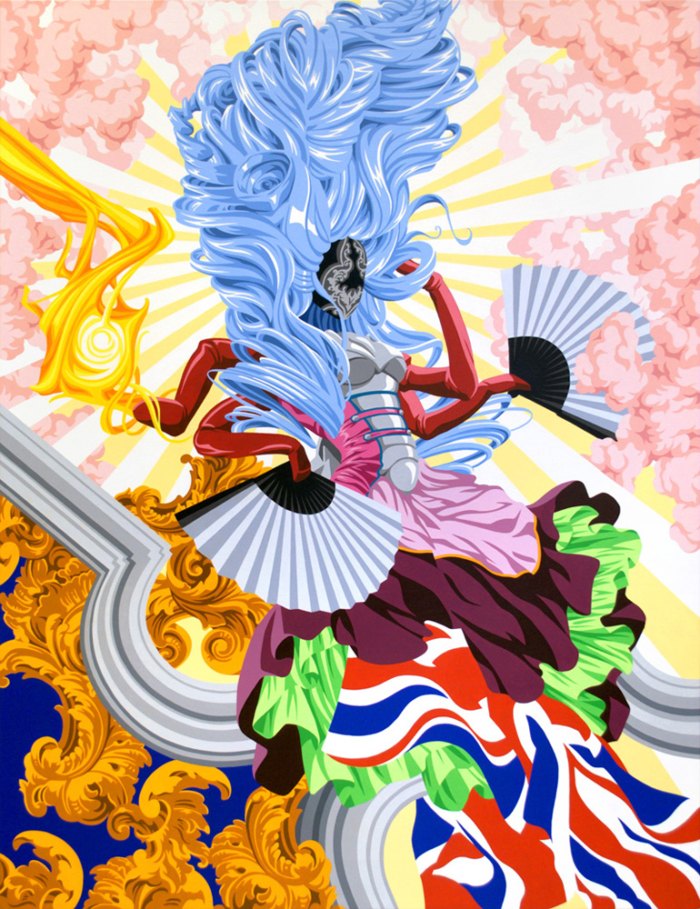 What are the themes and issues you like to explore?

I like to try and capture in-between states. Moments where forms are changing, becoming something new, or at a critical point where energy is being released. Through the process of collaging figurative elements into the semi-abstract compositions, I also intend to encourage the viewer into a visual state of limbo, where the brain attempts to pull the image together to make sense of the recognizable parts. 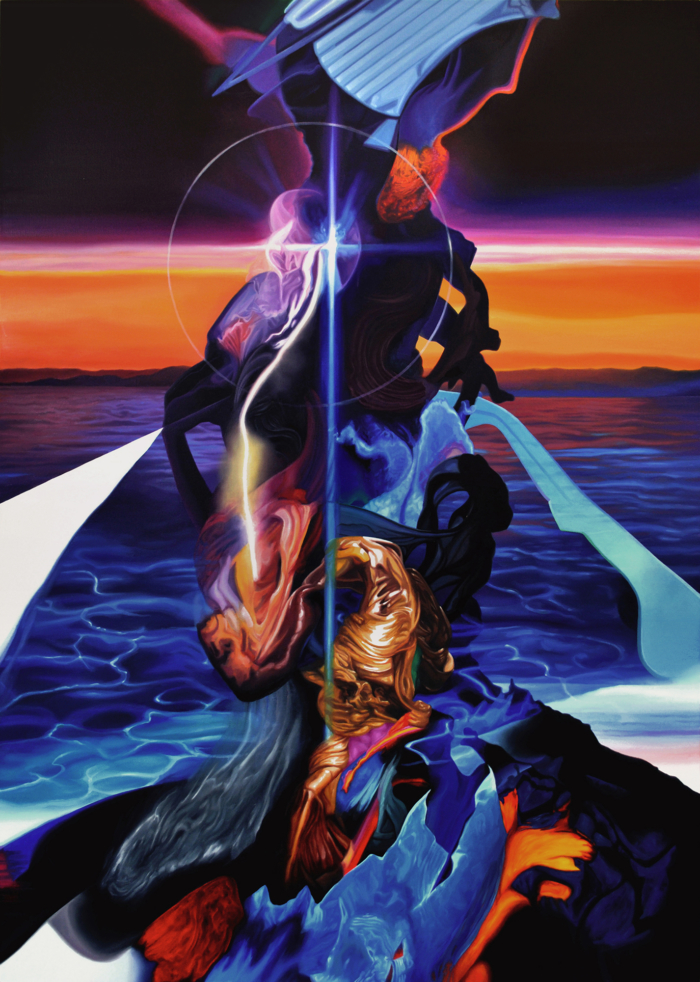 This is an evolutionary trait, known as pareidolia, left over from such mechanisms as trying to find the form of possible predators or prey camouflaged in the undergrowth. Along with other optical techniques such as exaggeration of color and form, I hope to intensify these visual triggers so they form a sort of neurological hyperactivity in the viewer.

How long does it typically take to complete a work?

My more complex paintings will usually take from 3 to 4 weeks, which can be around 160 hours of work. 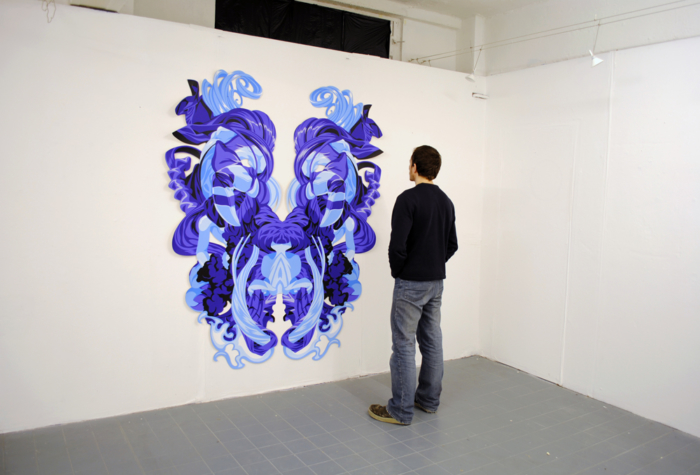 Nature is the most inspiring thing. The sense of flow, tranquility and power that I try and put in my work is definitely a re-expression of that. Of course our bodies are part of nature which we often forget. I’ve been practicing martial arts for a few years and that helps me get in touch with that, especially through Qi Gong and traditional animal forms.

What challenges arise in your process?

I never truly know what my next piece is going to look like until I have finished it. That can be daunting, but I’ve made sure that is part of the process so my work doesn’t become predictable and so I can also be surprised by it myself. That way I’m always viewing it with fresh eyes, which is how the viewer initially sees it. 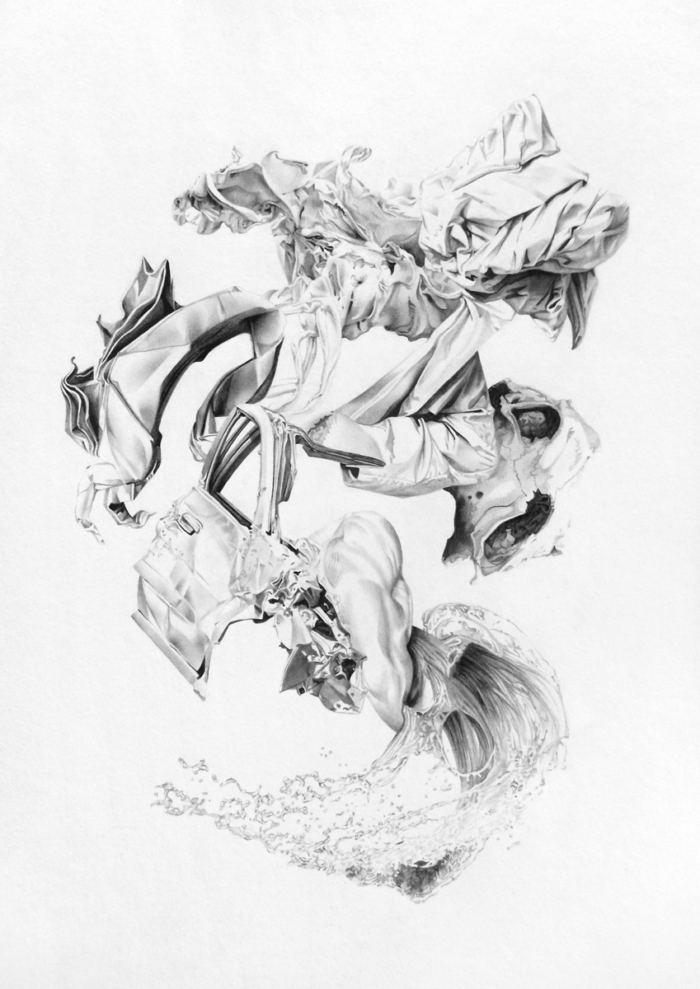 What’s the best piece of advice you have ever received?

Read ‘The War of Art’ by Steven Pressfield.