Recently, the Young Scientist Lab named Gintanjali Rao America’s Top Young Scientist, a remarkable achievement for an eleven-year-old. Selected from a group of ten finalists who spent three months working in collaboration with scientists to develop their ideas, Rao ultimately took home first prize for inventing a mobile, low-cost method to detect lead in water. Named Tethys for the Greek goddess of fresh water, the portable device relays information almost immediately to an app to give users an accurate reading of lead contamination.

Rao’s invention was inspired by the Flint water crisis that began in 2014, and has since potentially exposed over 100,000 residents in the Michigan city to high levels of lead as a result of insufficient water treatment. Exposure to the highly toxic metal has been linked to 15 deaths in the city so far as well as a spike in cases of Legionnaire’s disease, an atypical form of pneumonia. There are currently only two methods available for testing for lead presence in water, including one home-test kit that is infamously unreliable and sending water samples to the Environmental Protection Agency, which is a remarkably time-consuming procedure for such a pressing issue.

Rao’s invention won out against such inventions as a molecule that can potentially be used to treat Alzheimer’s, as well as a biodegradable material created from fruit peel designed to clean up oil spills. The seventh grader states that she plans on using the $25,000 in prize money to further develop Tethys, and ensure that it is accessible to households across the US.

Inevitably however, Rao’s success must draw our attention to the persistent underrepresentation of women in science that makes her such an outlier. In a global economy where women are beginning to claim comparable success in business (specifically entrepreneurship), a chronic inequality endures between the genders in STEM (science, technology, engineering, and mathematics). 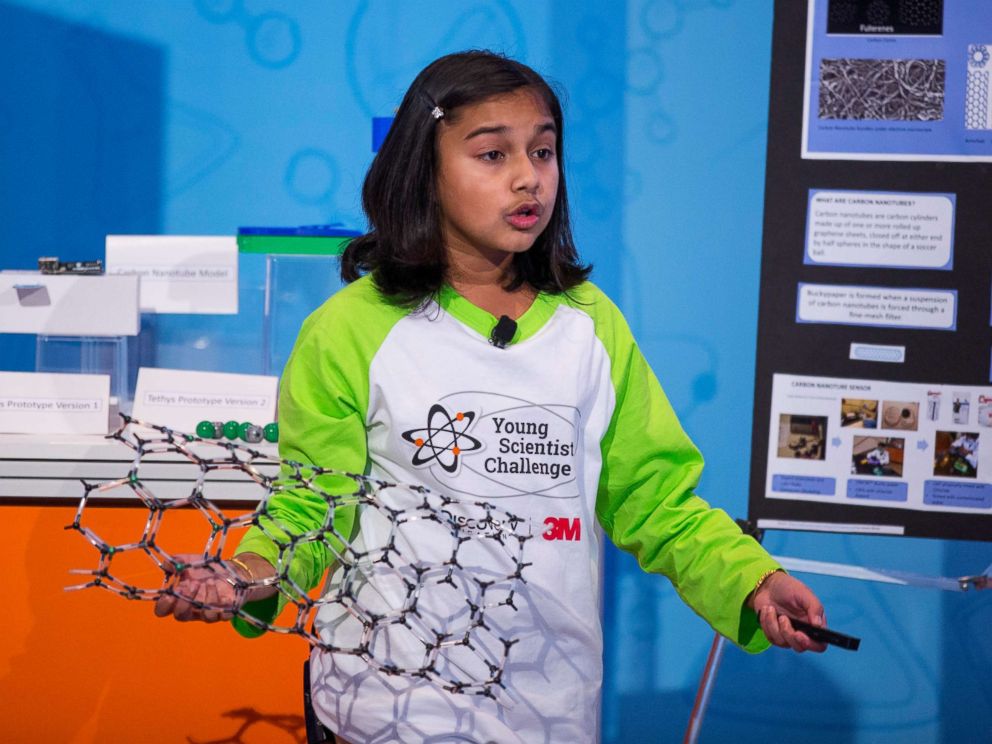 In the United Kingdom this year, men are still observed to occupy 74% of the roles in these fields. In the US, a grim portrait of tertiary education in STEM endures, with women representing 60% of college graduates overall but only claiming 35% of undergraduate degrees for STEM. It should be noted that lumping these statistics together can be misleading. Could it be that women are simply not biologically equipped for STEM, as this hilarious Breitbart article suggests? Girls like Rao would appear to contradict this particularly ignorant conclusion, and scientists like Marie Curie and Rosalind Franklin have been body-slamming this card off the table since last century.

So, why does the gap continue to exist at all? It turns out that the answer to this question is nuanced and reducible to several factors, all rife with stubborn, subconscious sexism.

Implicit associations can be remarkably detrimental to both women’s performance and interest in STEM subjects. Negative stereotypes burden cognitive ability, and it has been shown that women in STEM suffer profoundly from associations and biased beliefs that they are simply not as good as men. In exam situations, this leads to underperformance and it has been shown that female results in STEM exams are adversely affected by when the number of men in the same exam room increases.

Women have been so effectively led to believe that they are comparatively inept when it comes to STEM, that it becomes somewhat of a self-fulfilling prophecy from the most introductory educational levels. Between 1998 and 2010, more than half a million people across the globe participated in an Implicit Association Test provided by Project Implicit, which found that more than 70% of people associate “male” with science and “female” with arts subjects. This may not be an example of abject sexism, but it is likely that it is more destructive in the long-run because it defines women’s interest and belief in their own intelligence long before they make conscious decisions about their education and careers. 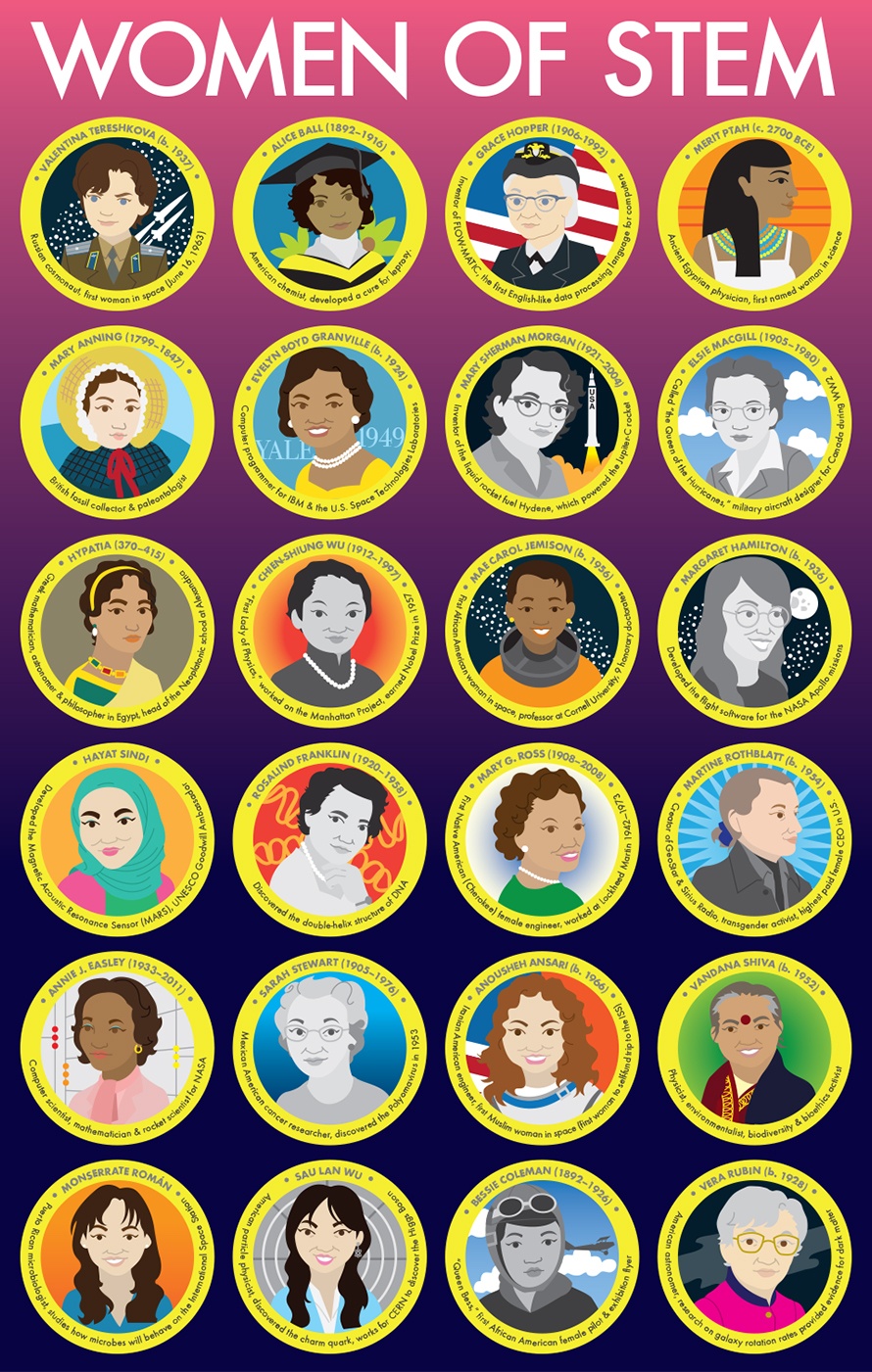 Scientists are geniuses, women are not

The belief that men possess raw genius while women have to work harder for their intelligence is a pervasive and damaging  bias that the vast majority of us possess. It is a culturally-learned phenomenon and has been shown to directly influence the gender gap in STEM. There is an overriding notion that STEM subjects are ones that require implicit brilliance, solitary work, and competition with others and this is shown to deter women from entering into the field. Women are simply not regarded as naturally brilliant in the same way that men are: this is a bias that is clearly unfairly influenced by a patently long history of men being afforded all the educational and career opportunities that women were disallowed access to. One 2015 study dubbed this phenomenon in STEM the field-specific ability beliefs hypothesis (FAB) and stated that the beliefs regarding a particular subject and how much inherent brilliance it required predicted female involvement in that subject.

While there has certainly been conjecture about the treatment of women in tertiary STEM education as well as employment biases, it appears that the quiet, insidious forces of sexism still at play in society are far more influential in determining the numbers of female scientists that we see. The first step to overcoming these biases is the collective realization that they are indeed apparent and having a tangible effect when it comes to female involvement. Inherently brilliant minds such as Rao’s are certainly helpful in defeating these notions but ultimately, only wide systemic appreciation for the problem and innovative classrooms will see women succeeding in these fields at the same rate as our male counterparts. Beyond a simple case of equality, it is also absurd to leave 50% of the potential intellectual energy untapped in industries that fundamentally shape our future.