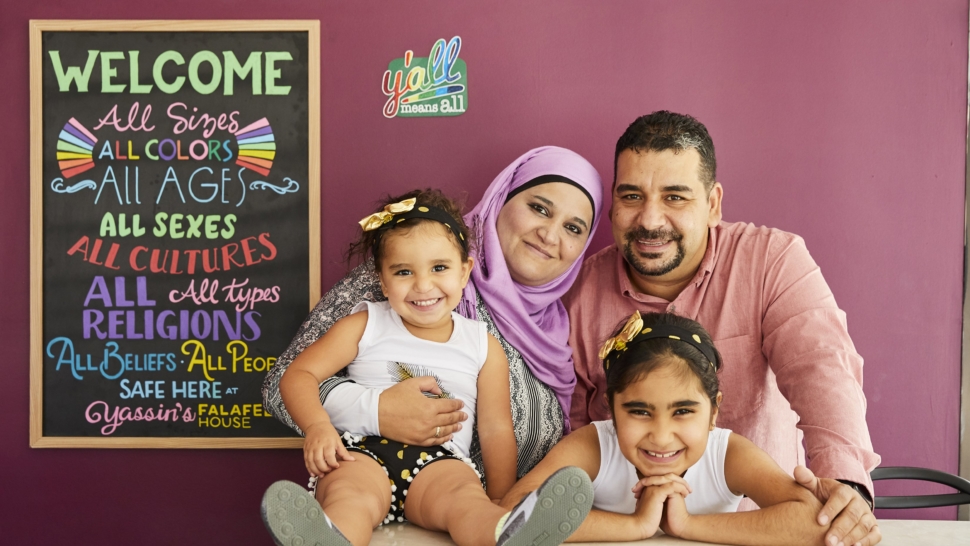 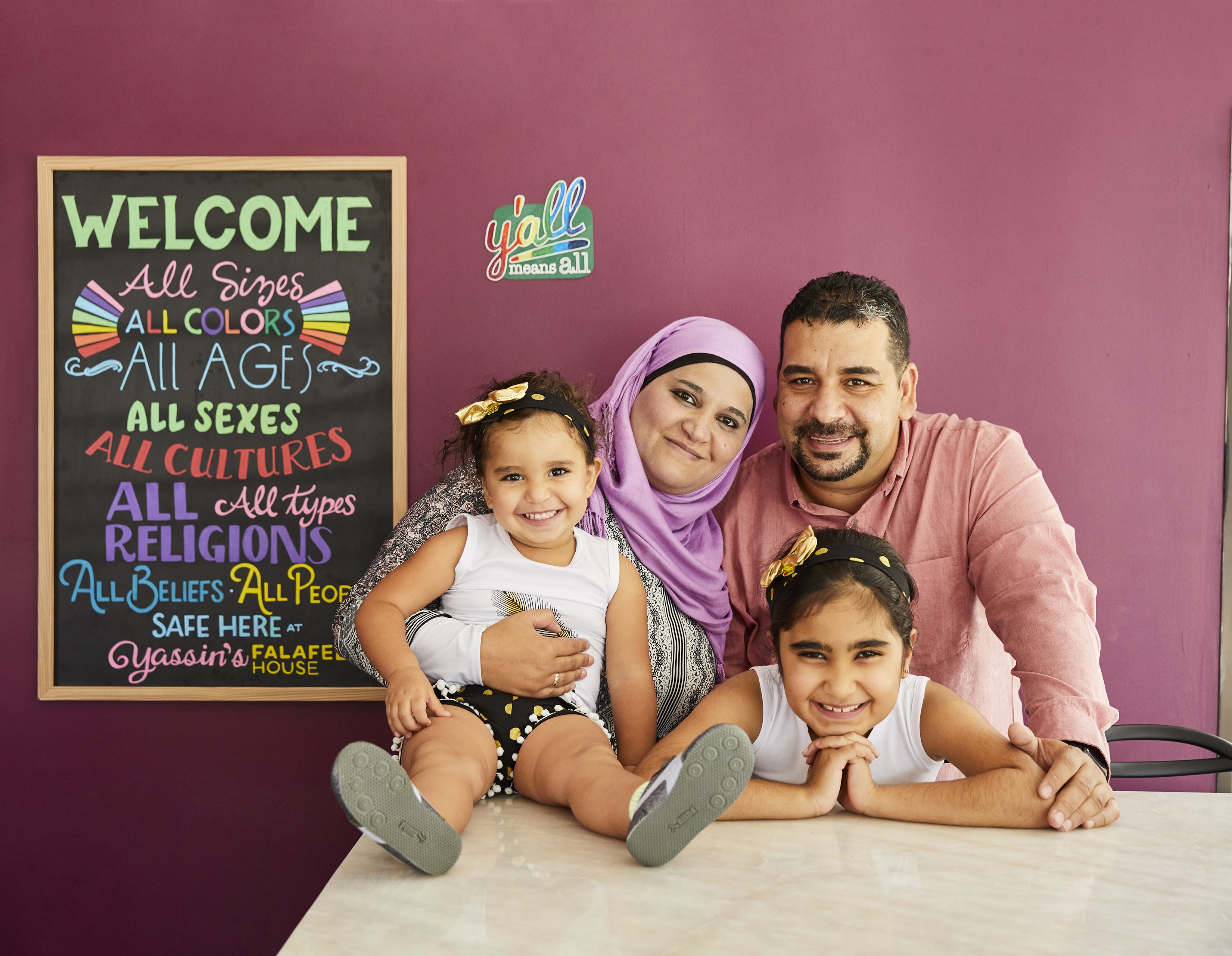 How A Refugee Family Built What Was Voted “the Nicest Place in America” This Year
“When you give love to people, you are stronger than one who gives hate. Everyone has to eat, right?"
Read More

Disneyland may tag itself as “The Happiest Place on Earth,” but according to a recent Reader’s Digest contest, the “nicest place in America” is a falafel restaurant run by a Syrian refugee in the unsuspecting town of Knoxville, Tennessee. While the food itself is nourishing and delicious, family-owned Yassin’s Falafel House offers up a lot more than just a tasty hummus—it serves a platter full of peace and community. Yassin Terou was born and raised in Damascus, Syria. In 2010, Terou was interrogated daily by the police for a month, forcing him away from his job at the local Kia dealership. He had been a public critic of the government— a freedom not granted to citizens in Syria. Terou applied for asylum in America. With the revolution leading to a war in which over 500,000 people have been killed, the likelihood of Terou returning to Syria anytime soon was close to none.

In 2011, Terou and his family successfully fled from Syria and found refuge in Knoxville, Tennessee. He recalls the difficult transition to life in America. His family spoke little English and knew nobody. For months, they relied on fellow members at their local mosque for food and clothing. He began selling sandwiches at the mosque after prayers. “This was my small dream,” Terou says in the award-winning film Yassin Falafel, produced by Twitter founder Jack Dorsey, “selling sandwiches and juices like we do in Syria.”

Quickly, Terou’s small dream grew into an even bigger one. After tasting Terou’s fantastic falafel, Nadeem Siddiqi—an imam at the mosque—approached Terou about opening a restaurant and offered start-up capital. Yassin’s Falafel House was born. Now, he has two restaurant locations in Knoxville (with two more planned for 2019), and has become an inspiration for those chasing the American Dream.

Dishing Out Peace and Love

On the menu at Yassin’s Falafel House, you’ll find juicy chicken shawarma, garlicky sauces, homemade tahini and hummus, and of course, made-to-order falafel patties. Something else is served here, too—and it can’t be found on the menu. In a town where he is likely the first immigrant/refugee/Muslim that many of the residents have ever met, Terou hopes that his shop’s welcoming gestures serve as an example for others: “When you love and give your love to people, you are stronger than one who gives hate,” Terou said. Everyone has to eat, right? Why not send a message of peace and love with that pita, he thought.“Breaking bread is not only food inside your stomach, it’s love you feel.”

Terou’s restaurant has been a source for goodwill among the Knoxville community and beyond. In 2016, following the Gatlinburg wildfires, Yassin’s Falafel House was the site of a massive bottled water drive to donate to victims. Terou also advocates for the acceptance of immigrants and all people frequently on local and national media. His passion for his community has not gone unnoticed, and in May, the Rotary Club of Knoxville showed their appreciation for Terou by presenting him the 2018 Peace Award. What did Terou do with the $1000 prize? He paid it forward to Seeds of Abraham, a nonprofit that encourages youth from different faiths to come together and become leaders for understanding and peace. And the Winner Goes To….

The Rotary Club Peace Award was only the beginning of the recognition and attention that would come Yassin’s way.

In April, Reader’s Digest posed the question, ‘What’s the nicest place in America?’ Nominations came streaming in, resulting in over 400 entries to choose from. After deliberation from six judges and the editors of Reader’s Digest, 10 finalists rose to the top, including the city of Katy, Texas; the Enoch Pratt Free Library in Baltimore, and of course, Yassin’s Falafel House.

After 62, 795 votes were cast by RD readers, the results were unanimously decided in early October: Yassin’s Falafel House was truly the Nicest Place in America.

There’s still a lot of work to do to build bridges between Americans and eliminate hate, but Yassin’s Falafel House is a central site where that work is happening. Terou says, “The people who decide they don’t like refugees, Muslims, immigrants, we have to change their ideas about it. This is our job. This is our message.” Terou has an optimistic outlook on the future for immigrants in America. And he’s not the only one. 11% of Syrian immigrants in America are business owners, more than triple the rate of U.S. citizens by birth.“We are going to keep this country great,” he says, “and we are going to build it together.”