The 10 Protests That Changed the Course of History Forever

The 10 Protests That Changed the Course of History Forever
Polarization is all around us, but history favors those who stand up for the rights of others.
Read More

The U.S. has lately seen a spate of protests, from the Women’s March on Washington last year to the recent March For Our Lives last month. Those protests have been impressive in their size, speed to mobilization and clarity of message. But the art of protest is nothing new – take inspiration from these ten times people took to the streets calling for change. 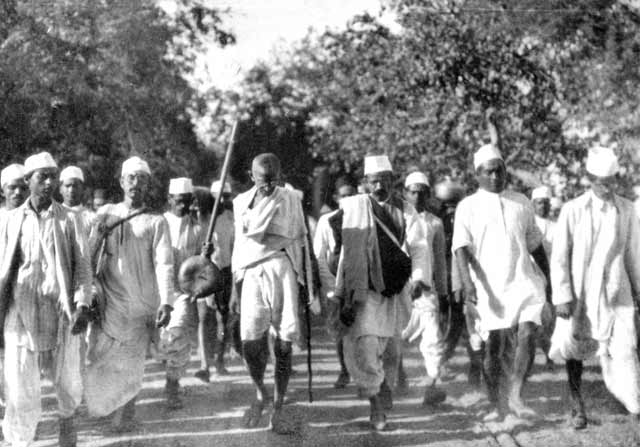 Arguably the King of Peaceful Protest, Mahatma Gandhi lived by ‘satyagraha,’ a philosophy that fights injustice through nonviolence. One of Gandhi’s most powerful satyagraha campaigns was his Salt March.

Under British rule, Indians were prohibited from collecting or selling salt and the staple mineral and was heavily taxed. In 1930, Gandhi rallied a small band of supporters and set off on a 241 mile march across western India. The goal? To collect salt from the sea in defiance of the British government.

Gandhi’s Salt March inspired hundreds of Indians to flout the salt tax. Gandhi was arrested for his efforts, but the Salt March established him as a force to be reckoned with in the struggle against British colonizers. 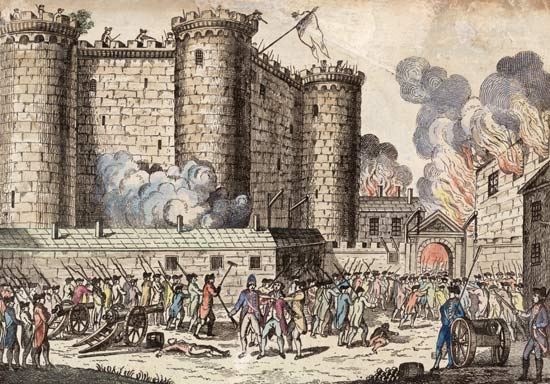 Protesters aren’t always peaceful though. In 1789, a mob of Parisians stormed the Bastille, a symbol of royal authority and luxury. The protestors beheaded the Bastille’s governor and sparked the French Revolution. What followed was a decade long rebellion against the crown that overthrew the monarchy and established a republic (until Napoleon stepped up as Emperor). 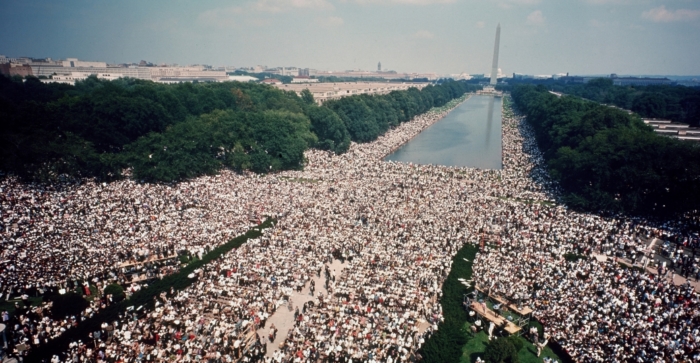 In 1963, more than 200,000 supporters marched on Washington DC calling for legislation to address systemic prejudices against African Americans.

That day, Martin Luther King Jr. delivered his “I Have a Dream” address at the base of the Lincoln Memorial, and organizers met with President John F Kennedy and members of Congress. The march is credited with building support for the Civil Rights Act of 1964 and the Voting Rights Act of 1965. 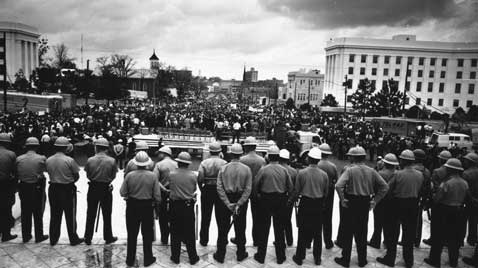 Just a few months after the March on Washington and facing brutal opposition from police forces, 8,000 activists set out on the fifty miles from Selma, Alabama to the State’s capital to demand black voter enfranchisement.

The march lead to President Johnson passing the Voting Rights Act which forced all states in the US to register black voters.

5. Take Back the Night 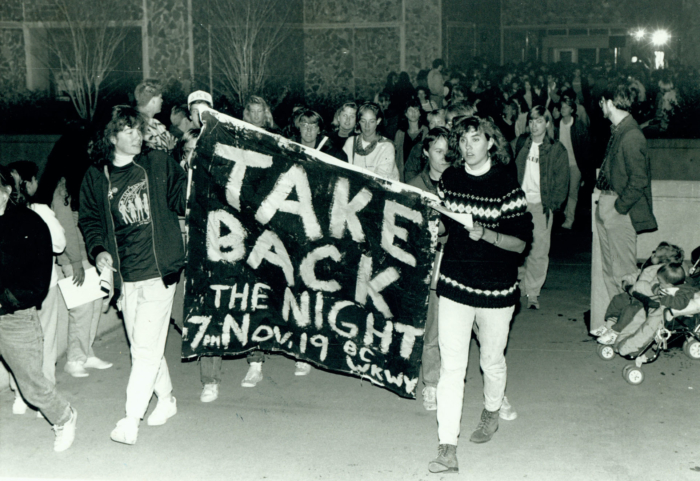 Take Back the Night events started in the 1970s and continue to provide a banner for supporters around the world to march against violence against women. The marches are often organized as a direct response to specific murders of women. 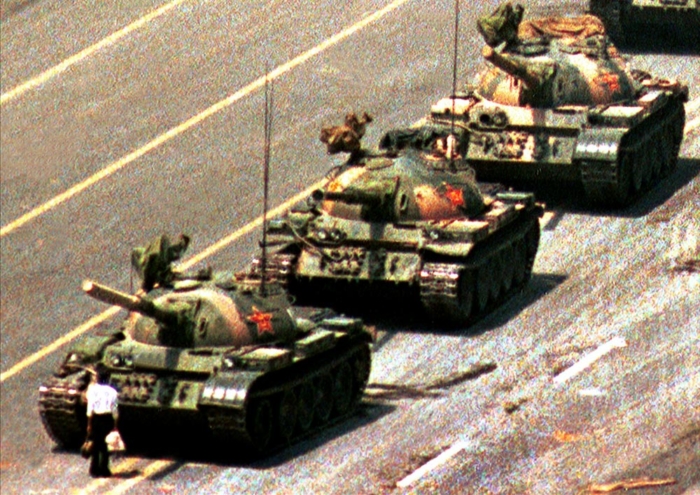 Starting in mid-1989 China saw a series of peaceful protests in favor of democratic reform. By June 4, 1989 at least one million protesters, mostly students were peacefully occupying Beijing’s Tiananmen Square. Without provocation, the government sent in tanks to open fire on the protesters.

The number of casualties will likely never be known. But the massacre was captured by a famous photo of a single man facing off against a line of government tanks. 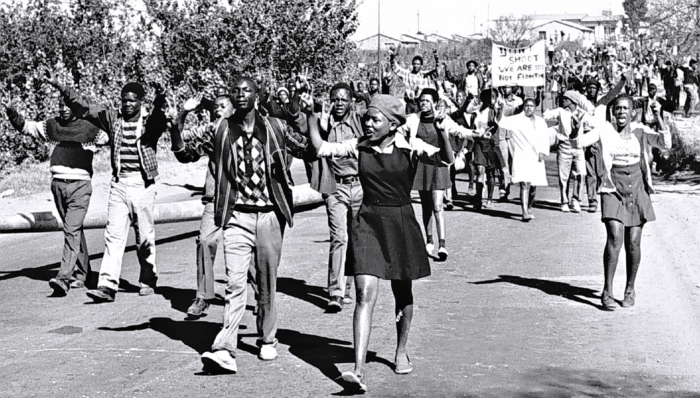 Sometimes, it’s more effective not to hit the streets in protest. In 1950, Nelson Mandela’s African National Congress called on workers to stay home in protest of the apartheid government’s proposal to introduce a law that would allow it to investigate (and potentially prohibit) any political organization.

Hundreds of thousands of South Africans took part in the ‘Stay at Home’ protest, and the method was so impactful that it was used several times over the next decade.

On Monday October 9, 1989 hundreds of Germans gathered in Leipzig to peacefully protest the communist regime. The next week, thousands more gathered in other cities throughout East Germany.

The Monday Demonstrations continued every week until November 9, 1989 when the Berlin Wall fell. 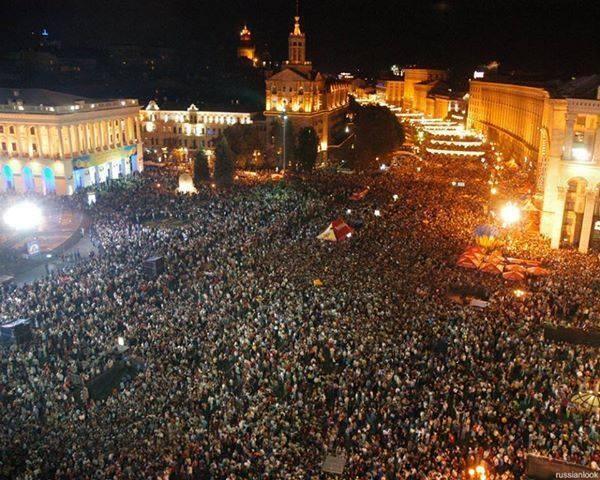 After the Orange Revolution of 2004, Kiev’s main square set the scene for another huge protest in the winter of 2013-2014 when hundreds of thousands of Ukrainians protested the government’s refusal to sign an agreement associating Ukraine with the European Union.

Government snipers opened fire on the protesters, who camped out in Maidan Square and used make-shift shields and burning tires to create smoke screens against the snipers.

Meanwhile, Russian forces annexed Crimea from Ukraine and combined Russian-separatist forces sparked a war in the East of the country that continues today. 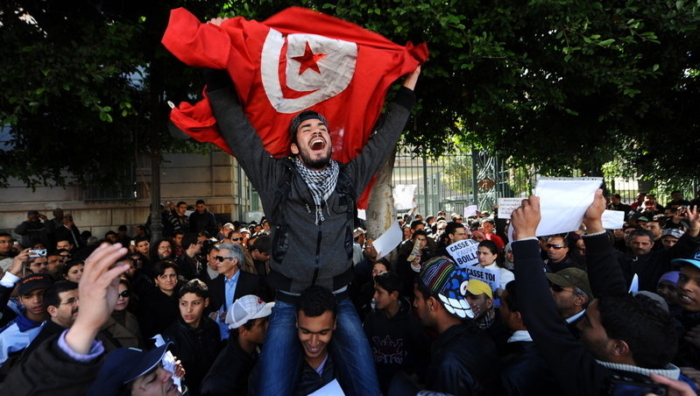 Starting in Tunisia in December 2010, the Arab world saw a string of political demonstrations and revolts.

The most famous might have happened in Tahrir (Liberation) Square in January 2011 where more than a million Egyptians gathered to force President Mubarak to step down. But protests rang out through North Africa and the middle east for several years.

The Tunisian fruit vendor who started it all and the hundreds of thousands that followed his lead inspired Time Magazine to name ‘The Protester’ their Person of the Year in 2011.