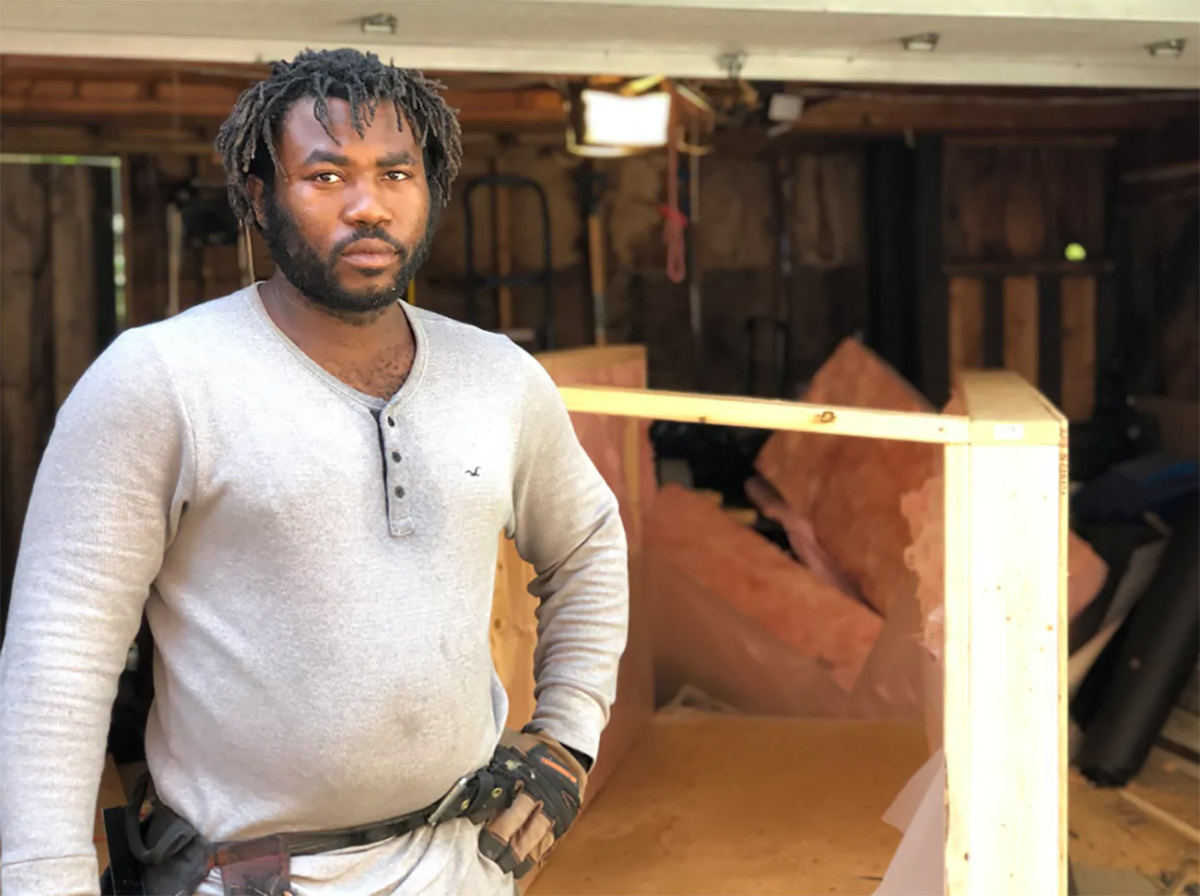 A Carpenter Is Saving Toronto’s Homeless From Freezing, One Mobile Shelter At A Time

A Carpenter Is Saving Toronto’s Homeless From Freezing, One Mobile Shelter At A Time
Read More

Winter temperatures in Toronto can often dip down to -8°F (-22°C). No person should have to sleep outside in that kind of deadly cold, yet hundreds if not thousands will. Unfortunately, some won’t survive the cold nights. Khaleel Seivwright is doing his best to make sure at least a few of his fellow Torontonians have a warm place to sleep this winter.

Seivwright has a small workshop that he rents and for the past few months, he’s been building small, mobile sleeping shelters for Toronto’s homeless. They aren’t much, just a plywood box really with some generic fiberglass insulation to keep the cold out, a small window, and caster wheels for transport. They’re far better than a tent though, or even worse, nothing at all.

The entire cost of a shelter is around $1,000 for the materials and take the 28-year-old carpenter about eight hours to construct. Seivwright said he came up with the idea simply from seeing people sleeping on the city streets and worrying about the approaching winter.

A growing problem and a looming “catastrophic” winter”

Like a number of North American cities, Toronto’s homeless problem is only getting worse. In 2019, the city had over 5,200 chronically homeless individuals, with 66 percent of those saying the lack of affordable housing was a major hurdle to getting off the street.

With the ongoing COVID-19 pandemic, those on the brink of losing their homes because of economic turmoil, could soon find themselves sleeping on the street or in a shelter.

Cathy Crowe, a nurse who works with the homeless said she believes the city has more homeless than it estimates and fears the city could be in for a “catastrophic” problem. “We have not yet seen the wave of evictions from people in unstable, unaffordable housing,” Crowe said. “People are trickling into homelessness now, but it’s going to be like nothing we’ve ever seen in our lifetime.”

While Crowe was critical of Seivwright’s mobile shelters, even calling them “coffin-like” she believes they’re the viable alternative at the moment. “Innovative, creative solutions like this are going to have to happen,” she explained.

A warm bed is always better than no bed

So far, Seivwright has delivered two of his mobile sleeping shelters. The first went to an older gentleman named Ritchie who was sleeping in a tent on the shores of Lake Ontario. “He just started laughing and offered me money,” Seivwright said. “He’s like ‘How much is it gonna cost?’ and ‘I said people are donating money so I can do this. So I can give it to you for free.’”

The shelters aren’t approved by the city, and could technically be hauled off minutes after they hit the street. “There are other risks that are significant to people’s lives,” said Gord Tanner, director of homelessness initiatives and prevention at the city’s Shelter, Support and Housing Administration. “Those things include fire and other matters that endanger life.”

Seivwright admits that the shelters are not a permanent solution, but said he won’t be dissuaded from trying to help people survive. “This is just making sure people don’t die in the cold this winter,” Seivwright said. “At least some people.”