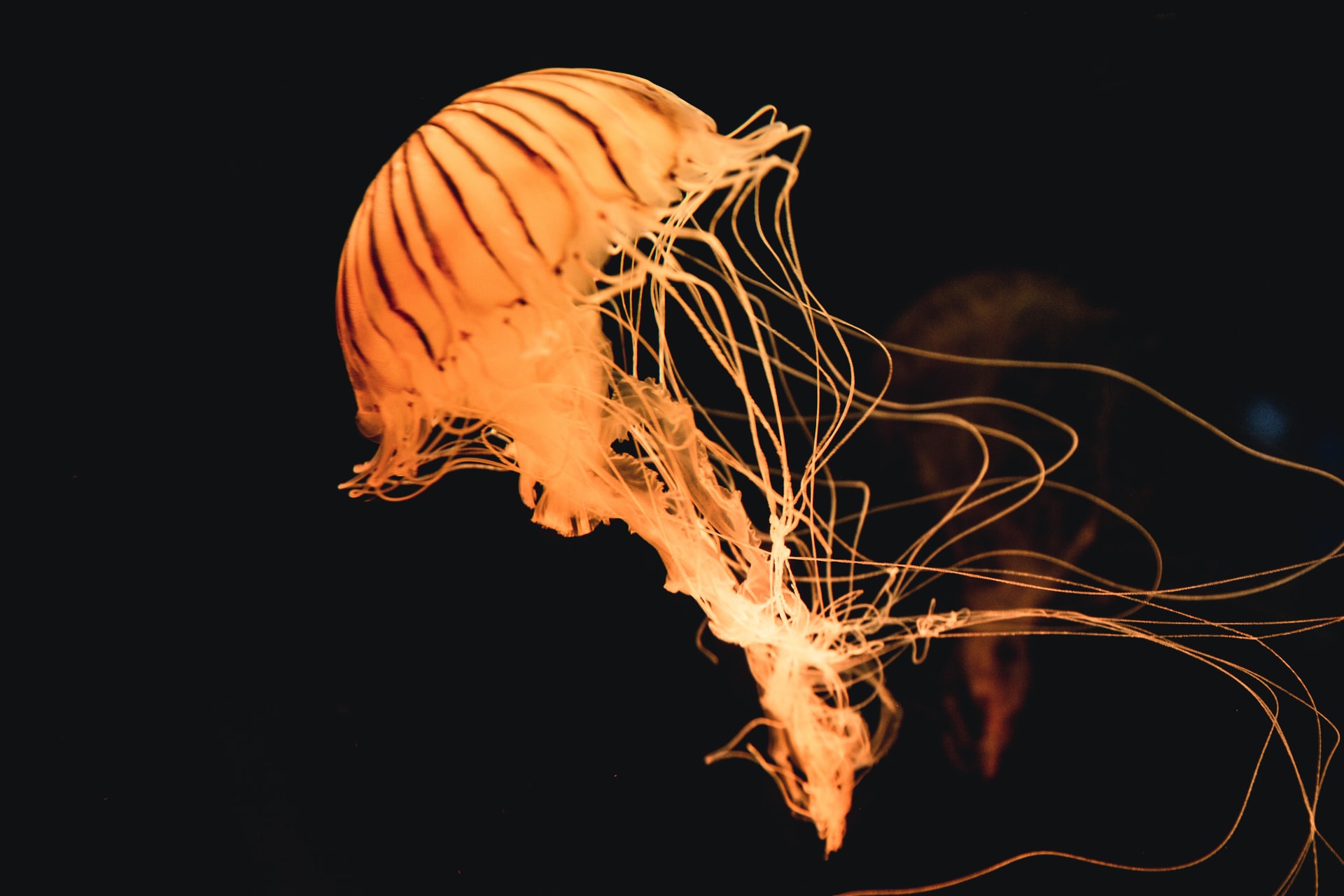 It’s almost impossible to comprehend how vast Earth’s oceans really are. According to the National Ocean Service, only about 20 percent of the world’s oceans have been mapped out — meaning that the majority of the oceans are unexplored mysteries to the scientific world. Despite the murky unknown of the oceanic depths, we do know that these deep waters hold some truly awesome life forms that seem like they’d be more at home on a distant planet than our own. Then again, the ocean deep might as well be a different planet.

One such creature is the glass octopus. The mollusk has an iridescent membrane, meaning that you can see right through it, hence its name. The octopus was photographed by marine scientists on a month-long expedition in 2021 in the waters of the Phoenix Islands, which lie north of Samoa.

Take a look at this beautiful red jellyfish. It’s a previously undiscovered species that was photographed off the coast of New England, some 2,300 feet below the ocean’s surface. Marine scientists say the red jelly is covered in stinging red warts “that probably function both for defense but also to trap prcey.”

The ocean depths are full of amazing jellies that drift along with the ocean currents, almost like they’re floating in outer space. This jellyfish seems to have long tentacles and what look like glowing lights inside its gelatinous membrane. It almost looks more like an alien UFO than something you’d find in the ocean.

According to Scientific American, scientists believe it’s an ambush predator that simply waits for prey to enter into its tentacles.  It was spotted in the Marianas Trench off the coast of Asia.

Then there’s the Halitrephes maasi jellyfish that was spotted off the coast of Mexico in the Pacific. With its purple tentacles and splashes of pink, it almost looks like a firework exploding underwater.

Not everything in the darkest depths of the ocean is beautiful, of course. Some creatures almost look like something out of a nightmare. Yes, they’re stunning… just in their own freaky way.

Take for example the anglerfish. It lives in the deep waters of the Gulf of Mexico and uses that peculiar rod on its head to lure prey. Don’t worry about running into this creature though, it’s only a few inches in length and lives 4,000 feet below the surface.

Photographer Steven Kovacs has captured some deep-sea creatures that aren’t just beautiful, they’re dare we say almost cute? Many of Kovacs’ subjects he discovers on dives of the coast of Florida where deep waters make the perfect backdrop for the often translucent subjects he photographs. The photos below are just a few that he has shared on his Instagram are highlight awe-inspiring sea life and serve as a reminder of just how much beauty our oceans really hold.

A diamond squid below:

Hopefully, these beautiful images serve as a reminder of just how precious our oceans are. They’re home to an uncountable number of species, many of which mankind has never seen, and are worth preserving and protecting.