20+ Crazy Facts About Animals Your Biology Teacher Forgot To Tell You
Did you know dolphins sleep with one eye open?
Read More

Examples of nature’s sheer beauty and intelligence exist all around us. If one chooses to pause for a moment and look, fascinating and beautiful systems can be found everywhere. Animals with incredible resilience and clever design flutter, crawl and bound the earth’s surface. But some of the incredible feats of evolution in the animal kingdom aren’t obvious at first glance and slip by unnoticed, unless you look even closer. Below are 33 of the most incredible facts about animals, that will leave you quite amazed.

1. Flying fish reach a speed of 37 miles per hour underwater before they break the surface to soar up to 4 ft in the air. They can then glide across the water’s surface for up to 655 ft, the length of two football fields. 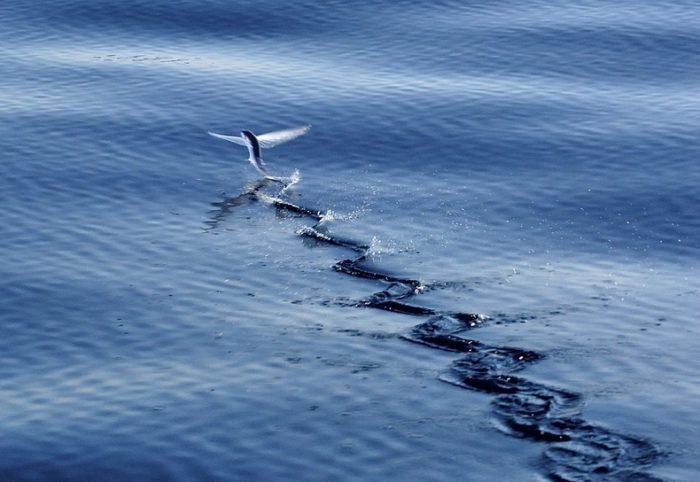 2. Jellyfish are 98% water. On dry land they evaporate in the sun.

3. A blue whale’s tongue weighs as much as an adult elephant. Their aortas (main blood vessels) are large enough for a human to crawl through. 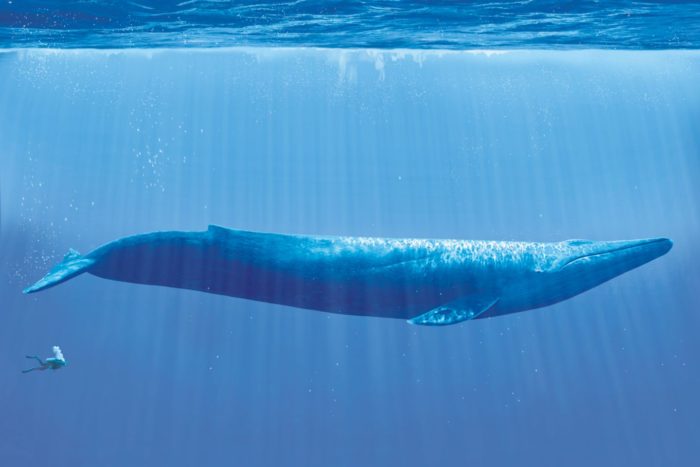 5. Jellyfish have been around for more than 650 million years, outdating dinosaurs.

6. The snapping shrimp is one of the loudest known living creatures. It has a specialized claw that shoots jets of water at up to 62 miles per hour. A bubble of vapor is trapped behind the water stream that explodes at 200 decibels – enough to stun and even kill its prey. 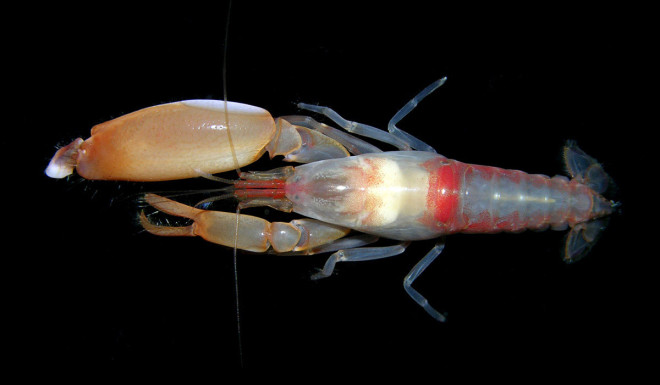 7. A dolphin sleeps with one eye open. Half of its brain sleeps while the other half remains awake, alerting the creature to come up for air to prevent drowning.

8. The kick of an ostrich is so powerful it can kill a lion. They can run at speeds of 43 miles per hour, taking strides of 5 meters at a time.

9. A flamingo can only eat when its head is upside down. 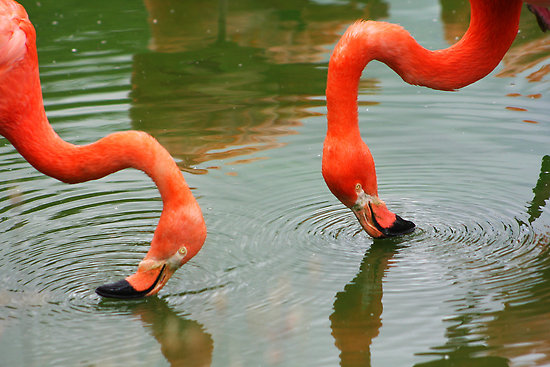 10. Superb fairy-wrens teach their eggs ‘a secret password’ that the young can sing when they hatch. Those that sing the password get food, and the brood parasite eggs (which don’t learn the password) go hungry.

11. An albatross can travel up to 10,000 miles in a single journey and circumnavigate the world in 46 days. This is due to a dynamic soaring technique which requires little to no flapping and burns very little energy. Their wing span can reach up to 3 meters across. 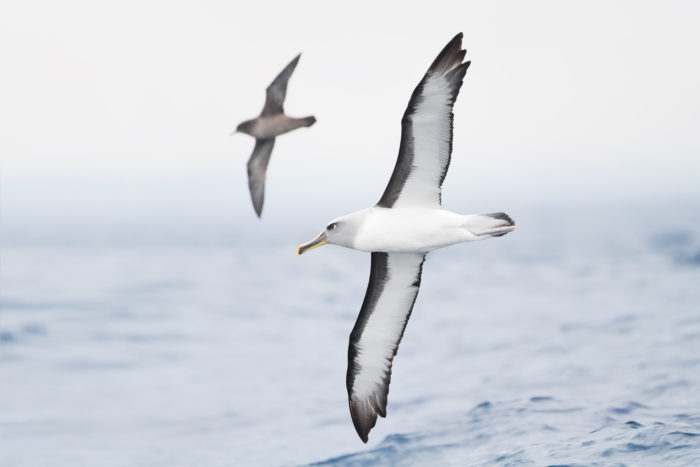 13. African elephants have the longest pregnancy of any mammal, lasting nearly two years.

14. Baby giraffes can stand up just half an hour after being born. 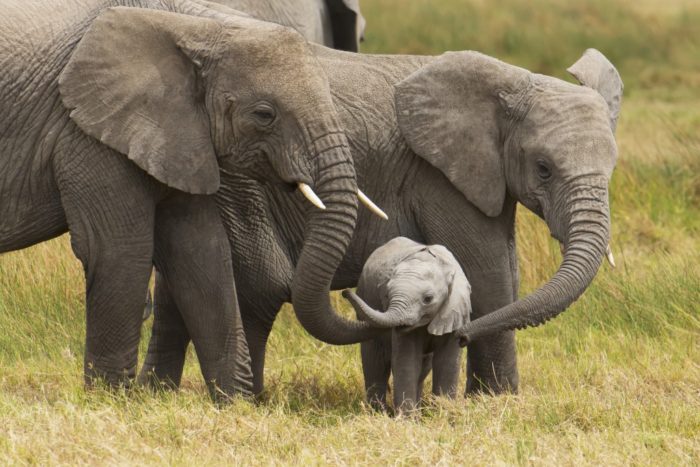 15. Cows from different areas and herds have different accents to their moo.

16. A donkey’s eyes are positioned so that they can always see all 4 of their legs.

17. Goats and sheep have rectangular pupils, which allow them to also see nearly 360 degrees around themselves. 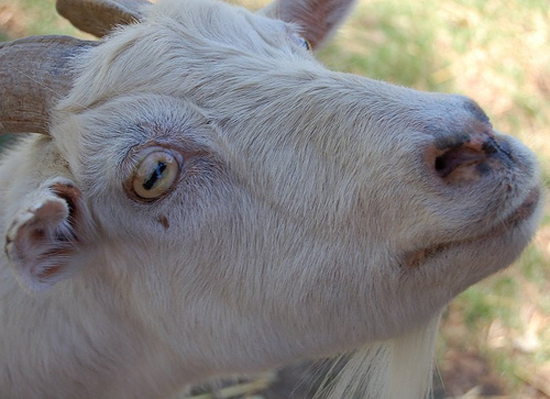 18. Dogs’ nose prints are as unique as human fingerprints and can be used to identify them.

19. A dog’s shoulder blades are detached from the rest of its skeleton to allow for greater flexibility while running.

20. Hippos secrete a red, oily substance from their skin that acts as a sunblock and moisturizer. 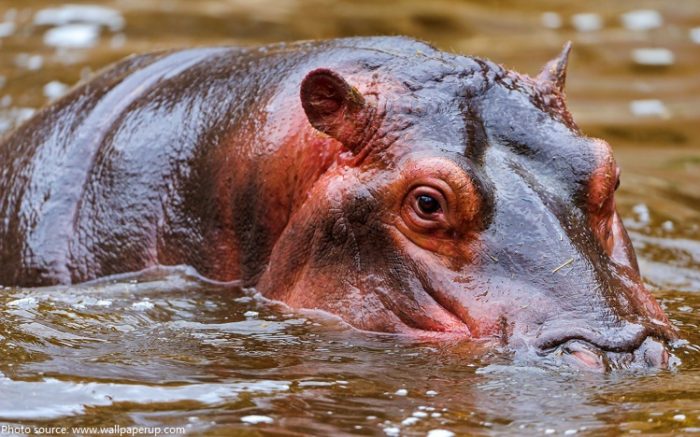 21. A starving mouse will eat its own tail.

22. The leg bones of a bat are so thin that no bat can walk. 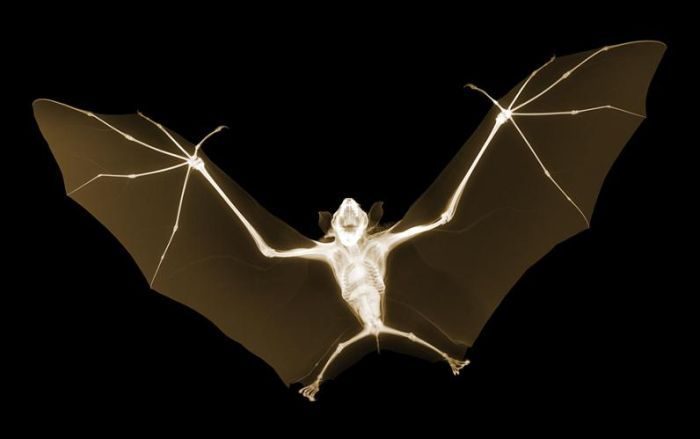 23. Fleas can jump up to 200 times their height. This is equivalent to a man jumping over the Empire State Building in New York (1,453 ft).

24. When tarantulas molt, they can replace internal organs including stomach lining, female genitalia and lost limbs. They can also live up to 2 years without food. 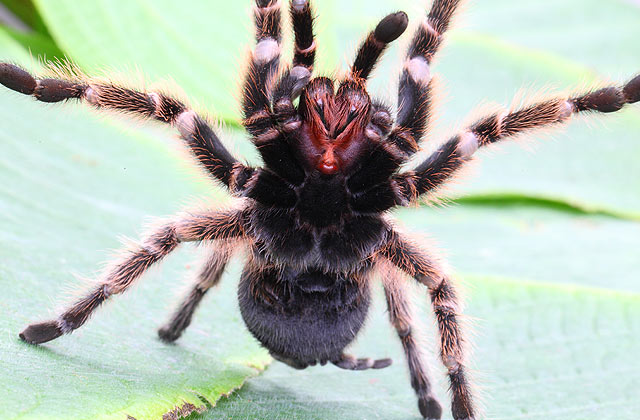 25. Scorpions are able to live on a single insect for a year. They are incredibly resilient – scientists have frozen scorpions overnight and when thawed, the creature has walked away unscathed.

27. The giant African swallowtail butterfly has enough poison in its body to kill 6 cats. 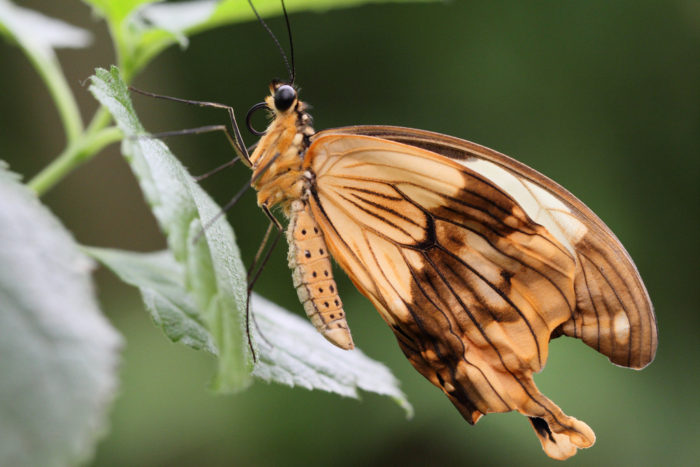 28. There are 1 million ants for every human in the world. They never sleep and do not have lungs.

29. The king cobra is the largest venomous snake, measuring up to 18 ft long. It can rear itself up to 6 ft off the ground – enough to tower over many humans. It has enough venom to kill an elephant.

30. The golden poison dart frog, which is only 2 inches long, has enough venom to kill 10 adult men.

31. When it feels threatened, the Texas horned lizard shoots foul tasting blood out of its eyeballs. 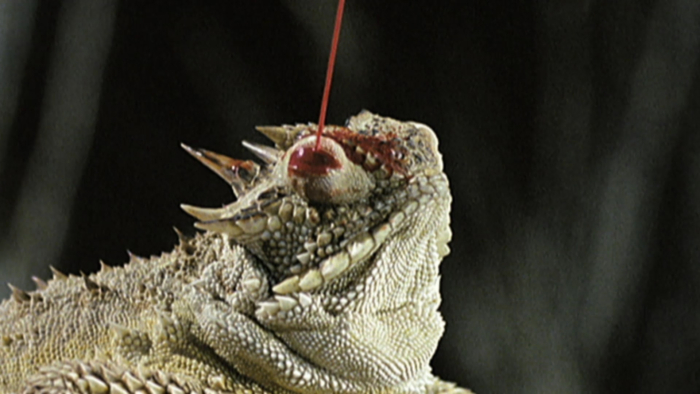 32. Chameleons don’t change color to match their surroundings, but to show emotions and in response to differing temperatures and light. 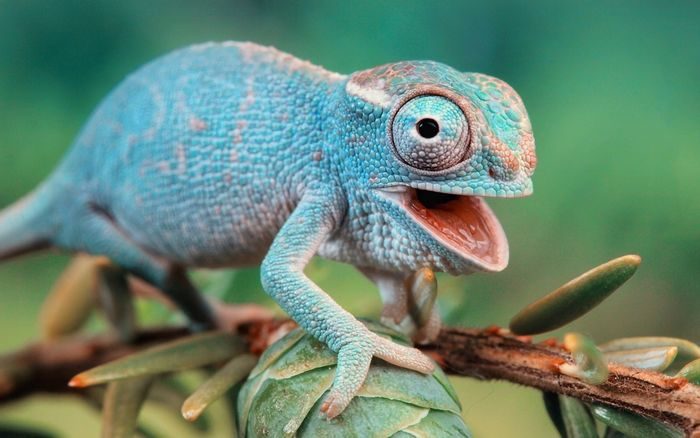 33. When anacondas mate, several competing males can form a ball around the female in a ritual that can last up to a month. 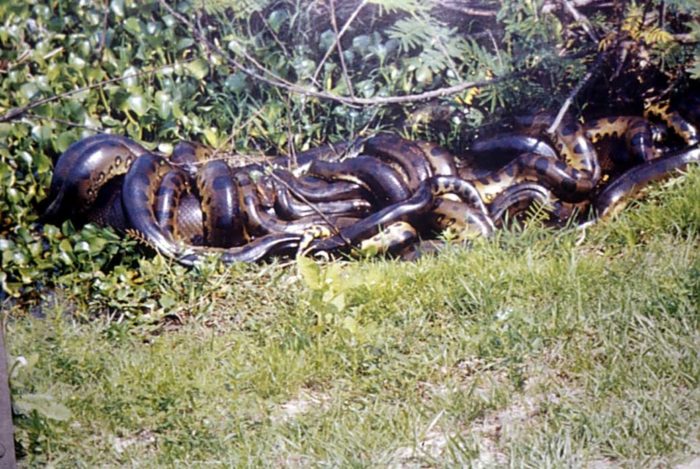 To feed your fascination for the animal kingdom further, check out the detailed archives at www.nationalgeographic.com.