They Can’t Fly, But These People Have Weird Superhuman Abilities

They Can’t Fly, But These People Have Weird Superhuman Abilities
Infinite memory, limitless endurance or impenetrable skin are amongst this list of superhuman powers.
Read More

There is no doubt that human beings are incredible creatures. But every now and then, one is born that boggles even the brightest minds. Below are 10 people from around the world with superhuman abilities that will blow your mind.

Stephen Wiltshire is an autistic genius. He is able to draw entire cities from memory after seeing them only once. He once drew a 19-feet long drawing of New York City after a single 20-minute helicopter ride. 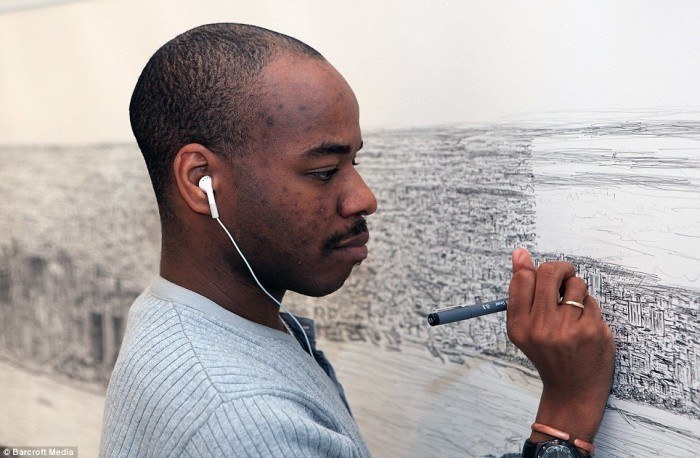 2. The Man Who Never Sleeps

Thai Ngoc is a Vietnamese insomiac who claims to have not slept for 41 years. After a bout of fever in 1973, Ngoc acquired this baffling ability. 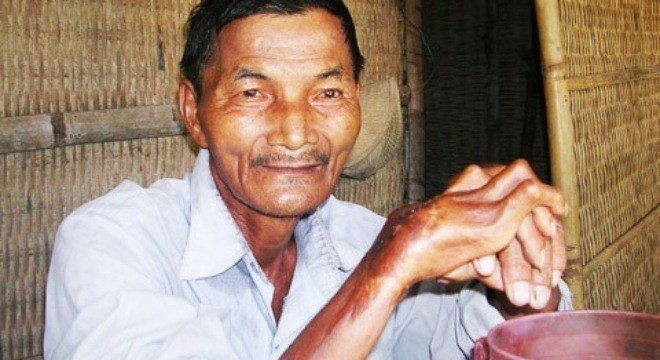 Doctors say he shows no ill effects of sleep deprivation – but in fact is mentally sound, and able to carry two 110 lb. bags of pig feed for a distance of 4km, every day.

It has been said the Machii possesses sensory ‘superpowers’, a comment that can be understood after watching the clip below, where he slices a speeding BB bullet in half when it is shot at him.

Wim Hof is impervious to extreme cold. He claims he can control his own inner thermostat by the power of his mind. Hof holds 20 Guinness World Records for his ability, and in 2007 climbed to 6.7km altitude on Mount Everest in nothing but shorts, defeated only by a recurring foot injury. 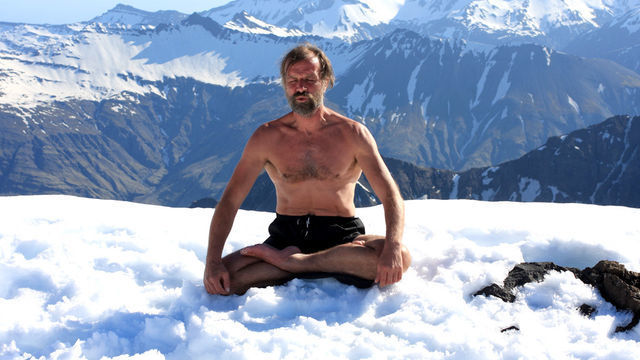 Daniel Kish lost both of his eyes to Retinal Cancer by the age of 13 months. As a child he began to click with his mouth and taught himself to navigate his surroundings through echolocation. 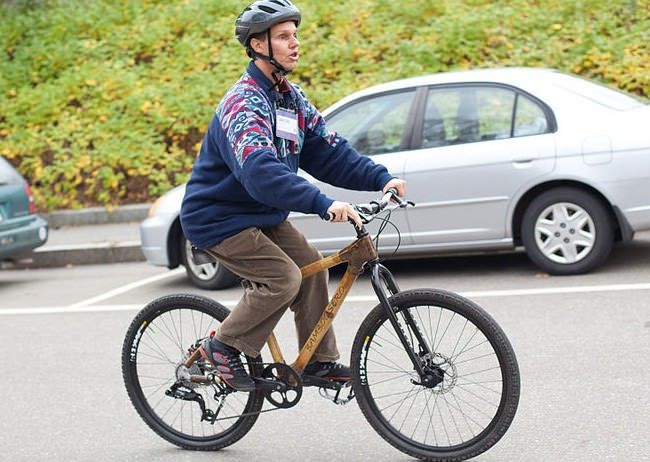 He can ride a bike, hike alone, and do anything a sighted person can, claiming that his ‘sight’ is even better due to the fact that he can ‘see’ through walls, and has 360 degree vision. He now travels the world and runs his organisation ‘World Access For The Blind’, that teaches blind children to echolocate.

6. The Man with Infinite Endurance

Dean Karnazes is an American ultramarathon runner whose body does not exhibit signs of physical exhaustion. Ever. 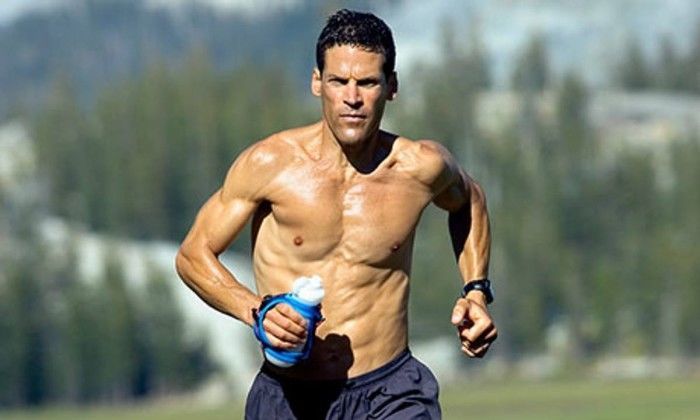 He once ran for 350 consecutive miles, foregoing sleep for 3 days straight. His latest achievement was running 50 marathons, in all 50 US States, in 50 consecutive days, ending with the New York Marathon which he completed in 3 hours flat. Scientists have concluded that he could literally run until he died of old age.

7. The Garth Monks of Tibet

The Garth Monks of Tibet are able to raise their body temperature without moving a muscle. Through meditation alone, the monks can raise the temperature of their skin by 8 degrees, while their core temperature remains the same. By slowing the blood flow to the brain they provide it with less oxygen, thus allowing them to weather all kinds of intense atmospheric conditions. 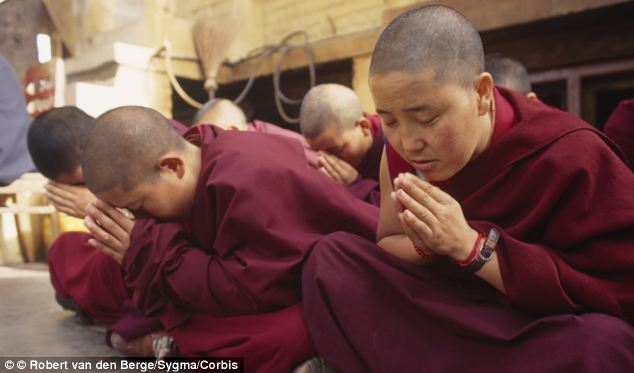 They were put to the test in the Himilayas, where they had to sleep on a snowy ledge for the night where temperatures dropped to -17 degrees celsius. Not only did they not freeze to death, but they did not even shiver in their light clothing.

At the age of 6 months, Liam Hoekstra could walk upright without assistance, including up stairs. By 1, he could do chin ups. By the age of 18 months he would lift and move the furniture in his family home.

Liam was born with an extremely rare condition – a deficiency in Myostatin, a protein that limits the growth of muscle within the body. His muscle growth is uninhibited which has lead to him possessing 6 times the strength of children his age (4). 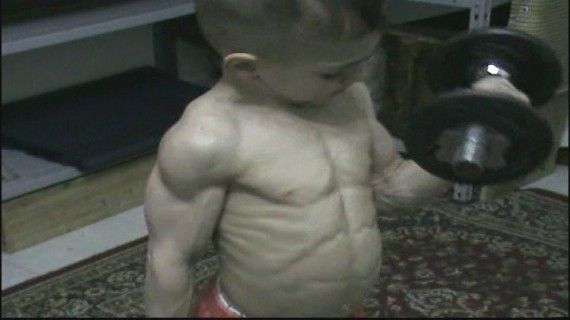 Slavisa Pajkic has the superhuman ability to withstand enormous bouts of electricity entering his body with pain or injury. In 1983 he set his first world record, when he took 20,000 volts of electricity without damage to his person, when a regular human would be seriously injured by a mere 50 volts. 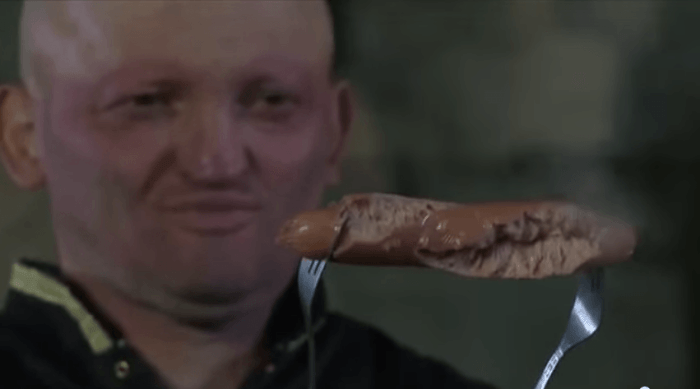 In 2003 he set his second record when he was able to conduct enough electricty to heat a pot of water to 97 degrees celsius (almost boiling point) in 1 minute and 37 seconds.

He can also store electricity in his body and release it at will as evidenced by the many times he has set an alcohol-soaked cloth ablaze with his body.

10. The Monk With Impenetrable Skin

Zhao Rui is a shaolin monk who has trained himself to withstand dangerously sharp objects. In a shocking stunt, Rui held a power drill against his temple without breaking the skin for 10 seconds. Other incredible feats included bending an iron bar against his throat, and lying upon sharpened metal spikes while breaking stones with his head. 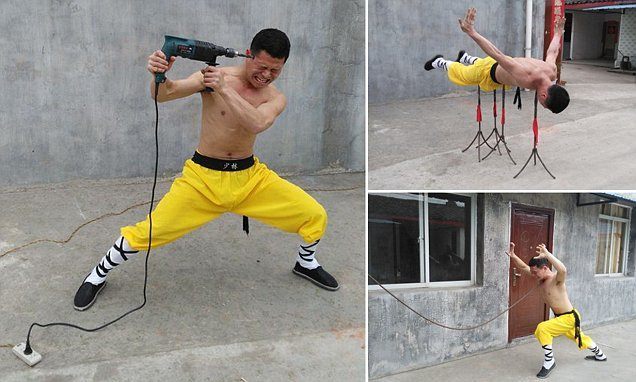