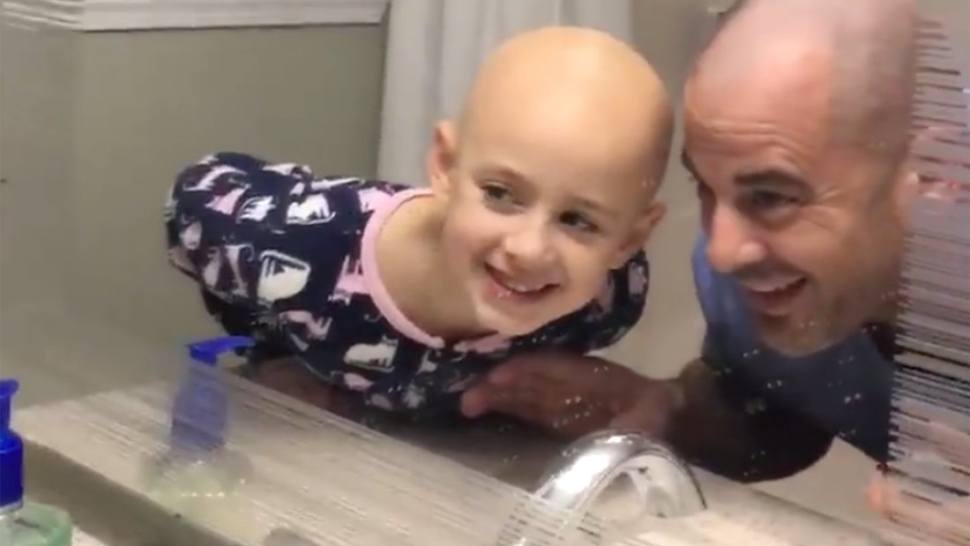 Video of Dad Shaving His Head For His Daughter Will Warm Your Heart
After hearing Riley say she didn’t love herself, her dad had the best reaction ever.
Read More

Hair is one of humanity’s most central ways to communicate our mood, our personality, our unique style, and our identities with the world around us. According to The Book of Life, “we need the support of more than words. We rely on other, accompanying details” to share the many angles of who we are: for example, our shoes, our jewelry, our clothes, and our hair. But what happens when you don’t have hair to show off? 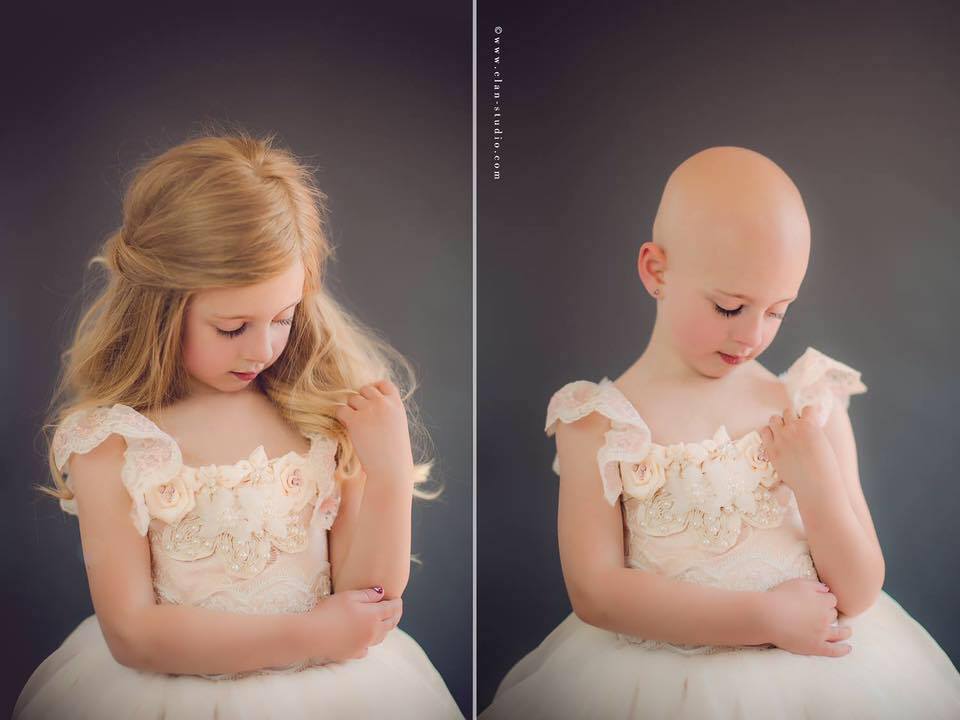 Six-year-old Riley Sylvaria lost all of her hair at 15 months old. She was quickly thereafter diagnosed with alopecia areata, a cureless type of hair loss that occurs when your immune system mistakenly attacks hair follicles. She recently admitted to her mother that she didn’t love herself because she had no hair, unlike the other girls in her class. Her father had the most beautiful reaction to Riley’s statement, and her mother, Chelsea, caught it all in a video that has gone instantly viral.

“I’m going to share one of the many reasons why I am so in love with my husband,” Chelsea wrote on Love What Matters Facebook page. “Dave wanted to talk to [Riley] about what she had said… this was the result.”

In the video at the bottom of the page, Dave asks his beautiful young daughter why she feels so bad. Riley is quiet as a statue throughout and does not answer him. “How come you say things like that?” he says. “You’re a very special girl. Do you know how special you are? Hair doesn’t matter. I know you would like to have hair… but I love you the same no matter what. And so does Mommy. And so does everybody else.” 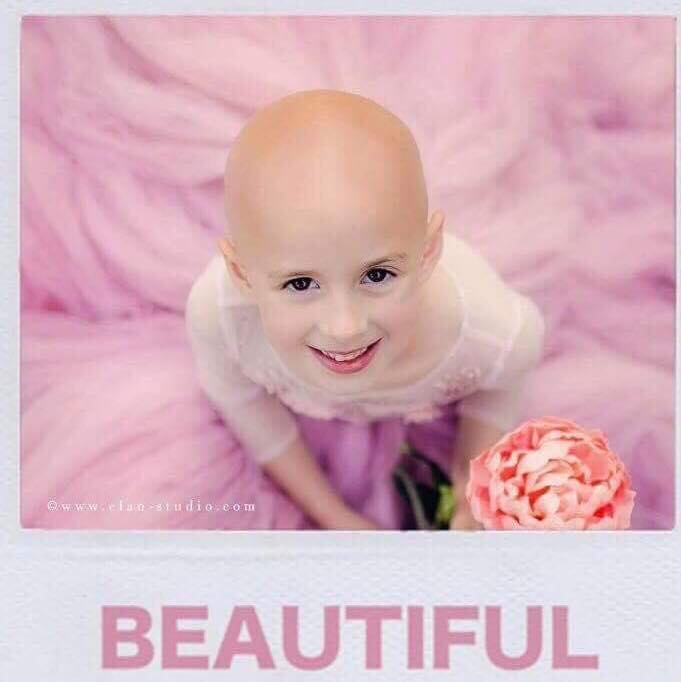 Then, Dave asks Riley if he should shave his own head so he can be bald, too. She perks up with a ear to ear smile and nods. Without any hesitation, the two jump up and go into the bathroom to shave Dave’s head together. “It’s just hair, kiddo. It doesn’t matter,” he tells her again.

“We want her to know it’s OK to sometimes get upset, but that she is strong and beautiful no matter what” Chelsea writes in the Facebook post, which has now more than 1.4 million views.

Here’s a dare for you: watch this video and don’t smile.

The moment Dave begins to shave his head, we all surely become as entranced as Riley herself. As hair falls from Dave’s head into the sink, we don’t see two hairless people staring into that mirror. We see a father and daughter. Two beautiful and happy people. We see two heroes, sending a message to all the people in the world without hair that it’s okay, that having hair or no hair doesn’t change who you are or what’s in your heart. In this mirror, this video, we see love.