Jakub Rozalski is a Polish artist whose passion for both history and fantasy has made him develop a unique style. He combines the two to create dystopian scenes that seem to tell old stories, but predict the possible state of a future society at the same time.

‘When I was about 10 years old, I loved to glue together a few sheets of paper and then paint hundreds of knights and fantasy creatures in an enormous panoramic battle. I grew up in the countryside, and would walk through the woods and fields whenever I could. I have been interested in fantasy since childhood, when I would create imaginary worlds and draw fantastical creatures.’ 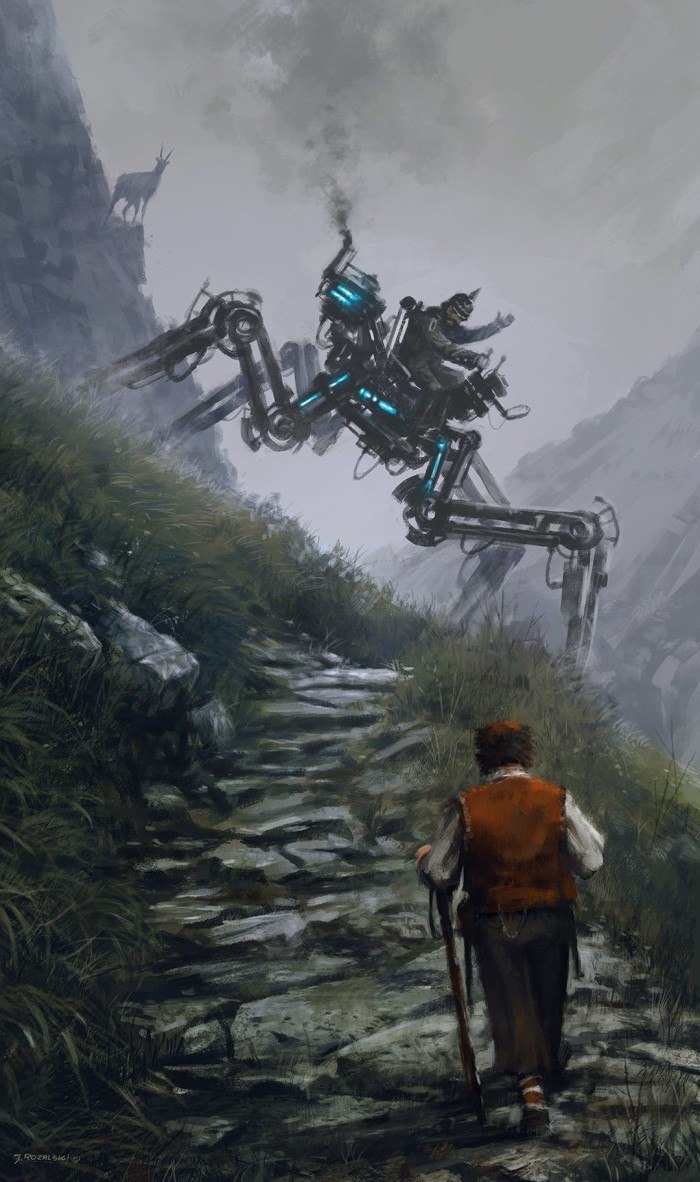 Your paintings are rather haunting, especially your 1920+ series. What is the inspiration behind the clashing of time periods and worlds in your works? 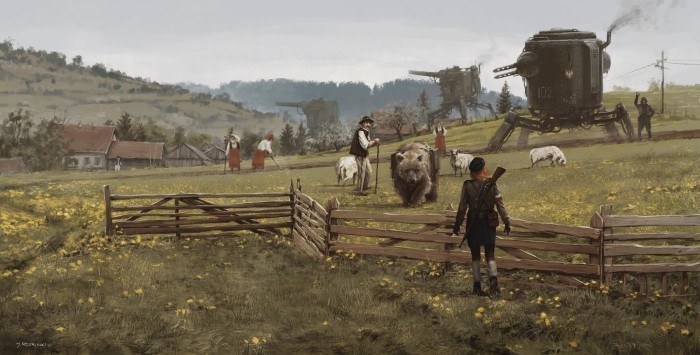 History has always been my great passion, as well as fantasy and sci-fi. A lot of my works refers to Polish and European history. I like to mix historical facts and situations with my own motives, ideas and visions. I attach great importance to the details, the equipment and the costumes because it allows you to embed a painting within a specified period of time.

On the other hand, I always try to add something new, something alternative and fresh. I try to narrate a well known story in my own way.

Do you have a favorite piece?

Definitely, ‘1920 – Into The Wild’: my first painting with bear Wojtek. I’m a big fan of Wojtek. I think it’s a great story and these paintings are my tribute to him. 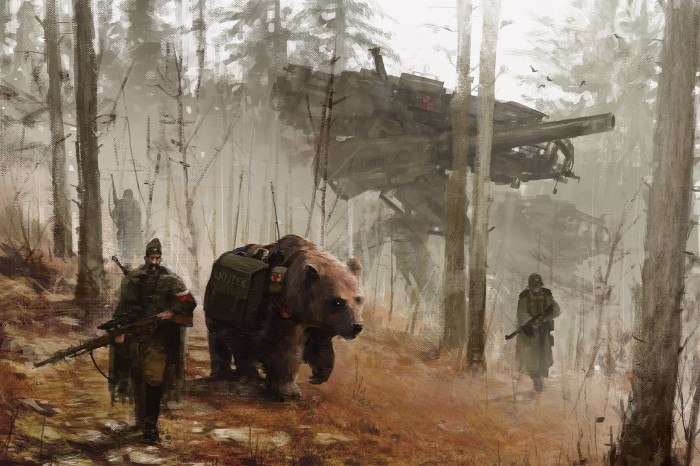 Wojtek is a bear adopted by the Polish Anders army during WWII, who accompanied them along the combat trail, all the way from Iran after the demobilization in the UK. Apparently Wotjek transported ammunition and even fought at Monte Cassino.

A lot of people through these artworks became interested in Wojtek history, and thus in our soldiers and the battle of Monte Cassino. This makes me very proud. 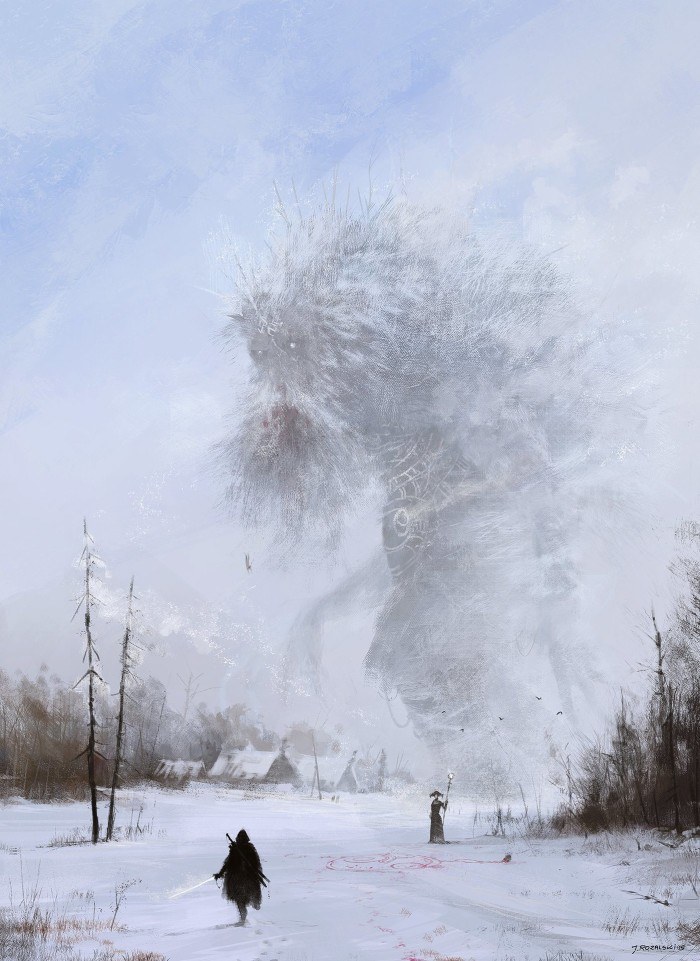 Also, I still really like the ‘Ded Moroz’ painting inspired by Slavic mythology. In the Communist era, in the east and in Russia, he took over the role of Santa Claus and gave gifts on New Year’s Day, but in truth in Slavic mythology, he is a terrible ruler of frost and winter.

Where did you grow up? How is creativity celebrated in your culture?

Art in Poland is not something particularly important. Poland has wonderful artistic traditions, but the years of communism greatly distorted our tastes and needs in the field of art. This is changing, but slowly.

Tell us about your Kickstarter campaign?

It’s for a board game – Scythe. It is based on my 1920+ series and the world that I created in these paintings. A year ago, Jamey Stegmaier from Stonemaier Games saw my paintings on Kotaku. He liked them and the world I created so much that he decided to write a proposal with me to create a board game. I am a gamer so I gladly agreed, and now after a year of work it is almost finished.

The Kickstarter campaign started on October 13th, and in a week we collected more than a $1 million. More than 10,000 backers supported the project. We are amazed at the success.

My biggest dream would be to make a high-budget movie or TV series embedded in my ‘1920+’ world… it would be so special!