Jewish and Muslim BFFs Win Halloween With Their Awesome Costume

Throw out your cat ears and your witch hat, folks. There’s a new costume in town, and it’s doing a lot more than just winning Halloween. The costume designed by best friends Casey Pearlman and Yasmin Idris sparks a viral desire for a peaceful future between world religions.

It all started a few years ago when the two girls were discussing the ways their two religions, Judaism and Islam, were similar. “We were making up fun names that combined both of our religions together,” Casey said. Her dad, Jeff, was driving the car when he coined the term, Juslim. The girls loved the word and used it to describe any idea or value that overlapped the two faiths. Last year, the 14-year-olds turned their spectacular new word into a totally original and butt-kicking costume. 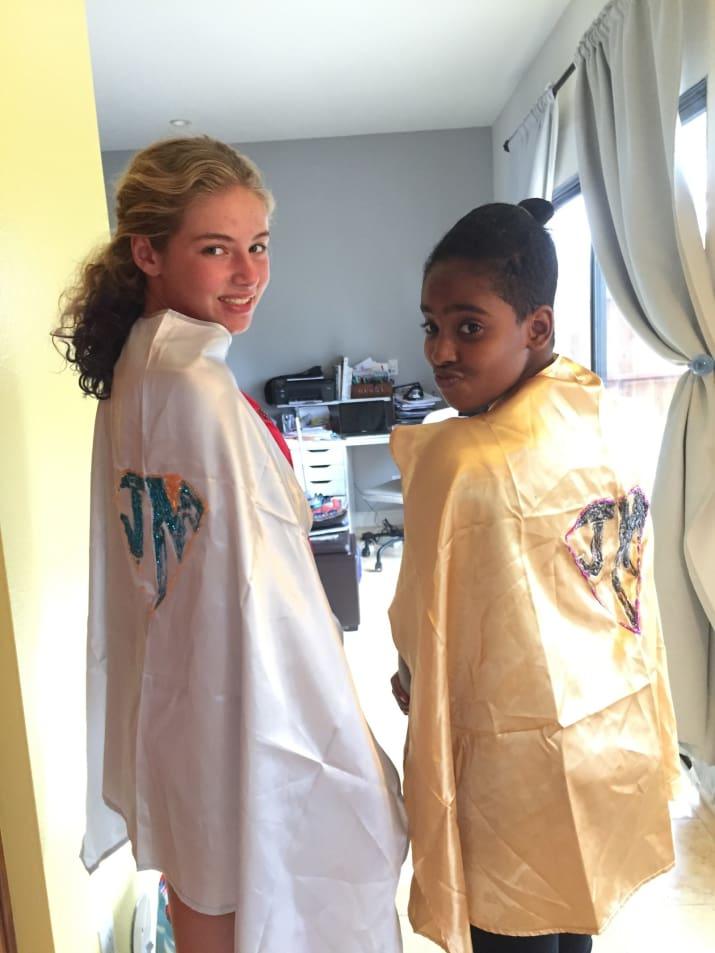 Behold—”The Juslims,” an intolerance-fighting superhero team. The girls wear capes and shorts over striped neon tights. They designed their own sparkly superhero logo—JM—which stands for Jewish-Muslim. Since their school in Laguna Niguel, California does not allow religious or offensive costumes, they were prepared with a disclaimer statement: “Don’t worry, it’s not religious, it’s not offensive.”

“The delightful thing about the costume is that it was thoughtless,” Casey’s mother, Catherine, said. “It was so authentic to the nature of who they are and their friendship.”

Jeff Pearlman, Casey’s father and a bestselling author with over 55,000 followers on Twitter, shared the photo below of the two supergirls in their “JM” capes: “My daughter is Jewish. Her best pal is Muslim For Halloween, they created a superhero team: The Juslims. I’ve rarely been more proud,” he wrote. 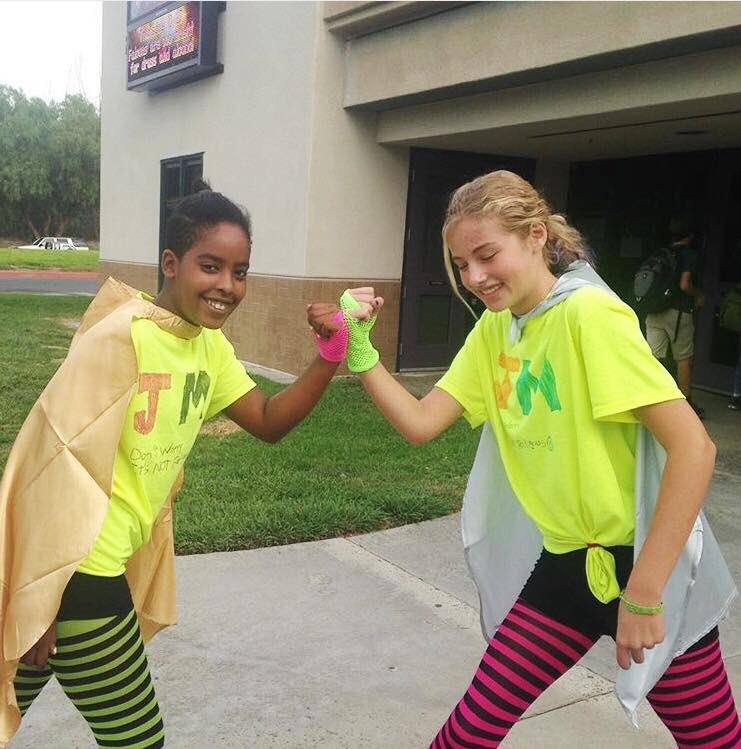 Remember, last year Halloween occurred just a week before the elections. “There was just so much hostility in the air and in this election season,” Jeff told Buzzfeed. “This was just a refreshing, innocent reminder that we don’t have to be this way. We do not have to let this divisiveness take over right now.”

His tweet, unsurprisingly, went viral at lightning-speed. It even caught the attention of Harry Potter author J.K. Rowling, who wrote, “If you’re a kid and you make a fun costume with your friend, and you don’t think anything of it, and then there’s people all over the world who are responding to your homemade superhero costume, it’s pretty special.”

Some people responded to the glimmer of hope and positivity the costume conveyed: “This tweet went viral, may the values behind it become viral too.” While others made sly political statements such as: “This is how you actually make America great again.”

“When we realized that we were standing up to what [Donald Trump] believes in, that kind of made me really happy,” Casey said. Trump’s rhetoric against Muslims, women, and immigrants certainly had not gone unnoticed by the pair of intolerance-fighters. “I’m Muslim and she’s Jewish; I’m black and she’s white. I think it’s really empowering for people to see us as role models in saying let’s stop the war and to show equality between all people,” Yasmin said.

While the girls were excited and happy to have spread a valuable message to people across the world, that was never their initial intention when they first created The Juslims. “To me, their biggest statement is that it wasn’t a statement to them,” Catherine said. “They don’t feel different to each other. They feel like eighth-grade girls.” 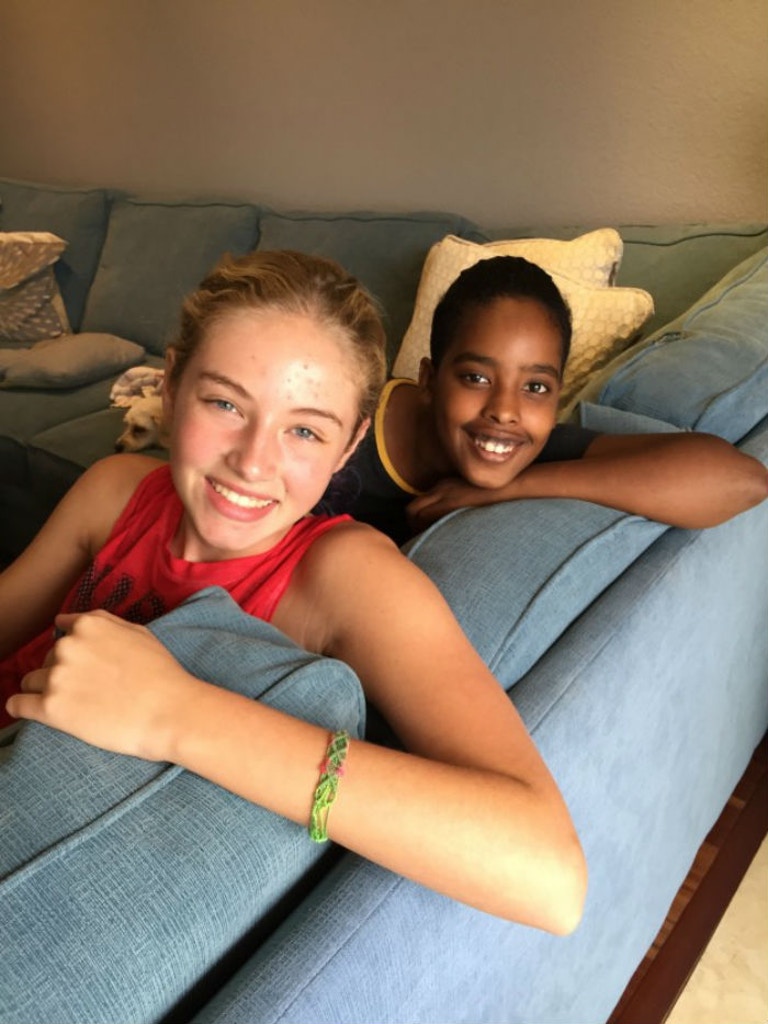 When asked what The Juslims’ superpower was, the girls responded: “Watching each other’s backs!”

These girls totally owned Halloween last year and inspired thousands of people across the Internet. We can’t wait to find out what their costume plans are for next year!