A man in Holland has demonstrated firsthand the impact of a healthy diet by cutting out alcohol, sugar, additives, and preservatives from his consumption for a month. Correspondent Sacha Harland filmed himself for a whole month for the Dutch website LifeHunters to share the experience with the world; here are the main lessons to learn.

As Harland’s body starts detoxing from the added sugars and chemicals he normally consumes, Harland is “constantly hungry” and irritable after just the first week. He expresses discontent at being bombarded by signs and advertisements for things he can’t have like hamburgers and sodas. “I didn’t think it would already be this hard,” he says. 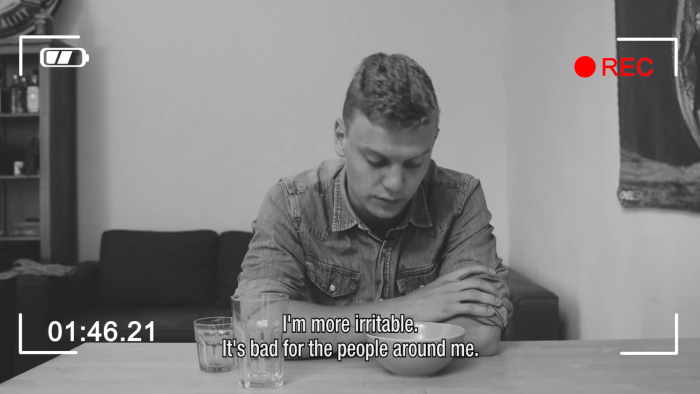 Harland’s attitude does not agree with detoxing.

During a visit to a nutritionist, Harland learns that sweet things make you crave more. “As your blood sugar rises, insulin is created to bring it down, and then your body wants more to replace it,” she tells him. “Sugar makes you tired. Alcohol does that too, you dehydrate.” 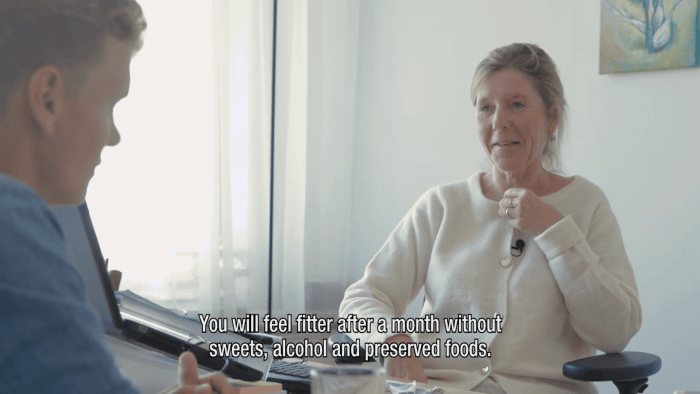 Harland speaking with his nutritionist.

But on day 25, Harland films himself sitting down to a breakfast of oatmeal, black coffee, and a banana, and remarks that “this is the first time since I started that I don’t want sweet stuff in the morning.”

At the end of his last week, Harland is surprised to find that it is easier to wake up and that he has more energy to spare. “I didn’t think it would make this much difference to my physical constitution,” he remarks.

The difference in Harland’s fitness is numerically quantified by sports physician Jessica Gal, who performed tests at the start and at the end of the month. Before changing his diet, Harland was fairly healthy, though his cholesterol was a little high.

Returning to see Gal after the experiment, Harland is surprised to learn that he has lost eight pounds, his blood pressure has dropped from 135 to 125, his cholesterol went down 8% and his blood sugar is significantly lower. 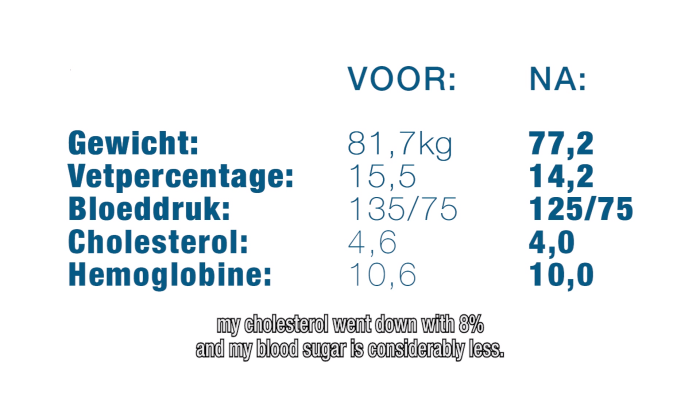 Before (“voor”) and after (“na”) of Harland’s weight (“gewicht”), fat (“vetpercentage”), blood pressure (“bloeddruk”), cholesterol, and hemoglobin after a month eating a more natural diet.

“The beginning was very hard,” says Harland, “but eventually I detoxed from the sugar and it went very well.” When asked whether he will maintain this restricted diet, Harland confesses that he will not keep a “completely healthy diet”, but that he understands the value of eating healthy and treating things like candy bars and beer as a more occasional treat.

Interested in Harland’s experience? Here are a few more facts about sugar consumption and its effect on the body: