How This White Supremacist Had a Change of Heart and Turned His Life Around
After a decade of being a white supremacist, Christian Picciolini did a spiritual 180° when he became a father.
Read More

After a decade of preaching and spreading hate, Christian Picciolini did a spiritual 180° at the age of 22. Today, Picciolini works as a producer, director, author and public speaker, and the man he is today is a far cry from the confused youth of the early 1990s. “Being a skinhead for me, gave me this sense of power that I was lacking when I felt the most powerless,” said the now 43-year-old father. 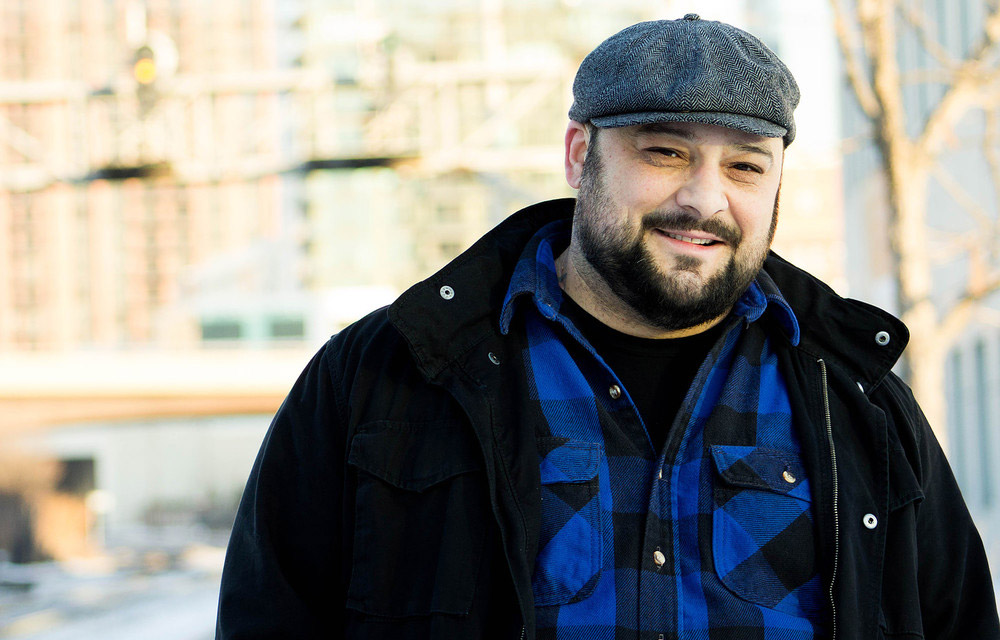 Son of Italian immigrants, Picciolini grew up in the Chicago suburb of Blue Island, Illinois. In his book, Romantic Violence: Memoirs of an American Skinhead, Picciolini says he had a loving family, but by the age of 14 had fallen in with the wrong crowd and was recruited into the local neo-Nazi movement Chicago Area Skinheads (CASH). “My parents weren’t racists. In fact, they were victims of racism because they didn’t speak the language and were foreigners,” Picciolini told New Noise Magazine. “It was not anything I was raised on, but I became enamored with the fashion of the skinheads, because it looked tough and I wasn’t tough.”

At first, it wasn’t the politics that grabbed the attention of his impressionable young mind, but the rebellious anti-authority music associated with the group. “The music was really exciting because it was like punk rock, but it was different. It was easy to fall into,” said Picciolini. Within just a few years, he would go on to become the group’s leader and join a number of skinhead punk bands, all while getting kicked out of four different high schools.

By subscribing to the group’s twisted ideology, the troubled young man had created a bubble for himself. “I wouldn’t eat in places where food was prepared by minorities. It was so ridiculous and stupid it didn’t make any sense”, recalled Picciolini. 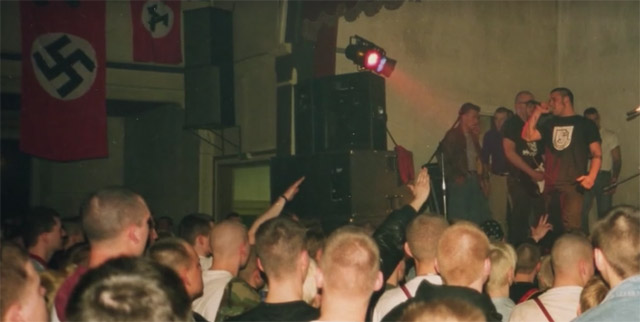 At the same time that he was getting the hang of fatherhood, Picciolini had opened a small record store called Chaos Records that sold a large number of skinhead-associated albums. To his parents’ credit, Picciolini admitted that he wanted to be a good businessman and that meant interacting with everyone, even if he didn’t like them. The door to his store provided a gateway out of the White Supremacist movement and desegregation from the minorities he once feared and hated. “I had the opportunity to interact with people I wouldn’t have otherwise; black people, gays, Jewish people… and because of music, we started to talk,” Picciolini told Noisy. “After getting to know these people, I started to realize that I had a lot in common with them and I realized I couldn’t justify the feelings I was having anymore.”

Picciolini eventually closed the record store, and by 1996 left the neo-Nazi movement completely. Throughout the rest of the 1990s and into the new millennium, he would go on to play in non-white power punk bands and graduate from DePaul University, as well as produce the Chicago-based, Emmy-winning music TV show JBTV. Perhaps, Picciolini’s greatest way for atoning for his sins was co-founding Life After Hate, a peace advocacy and counter-extremism consulting group. “There wasn’t a support group for haters,” said Picciolini. “So we tried to create a positive gang for them to join, with people who understand the motivations of why people join and also why they leave these hate groups.”

The father, businessman, producer and activist is well aware that hate groups like the neo-Nazis and skinheads haven’t gone away and are now simply going by the new name of the “alt-right.” The ideology of the hate groups hasn’t changed, only now they’re less likely to wear a white hood or swastika patch in public. Picciolini is simply trying to spread more love than they spread hate.