Magic is big business these days with magicians like Criss Angel and David Blaine landing network TV specials and pulling in millions in Las Vegas casino shows. It all goes back to the original showman and escape artist though – Harry Houdini. The performer went through rigorous training to perform some of his more famous feats like escaping a Chinese water torture cell and being buried alive. Here are six facts you might not know about the incredible entertainer just in time for the History Channel biopic with Adrian Brody.

Harry Houdini had several names. Houdini was one of six children born in Budapest, Hungary from Jewish parents and grew up in Germany. This might come as a surprise, but Harry Houdini isn’t a traditionally Jewish name. The famous magician was born Erik Weiz, but changed it to Ehrich which later evolved into Harry. The Houdini surname came from his partner Jack Hyman who said the name Houdini would honor the magician Robert Houdin. 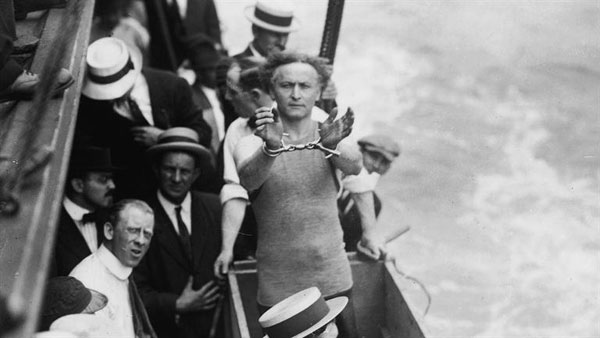 His first performance was at age 9. One of Houdini’s earliest tricks involved picking up pins using only his eyelashes. For this stunt he was paid a sum of 35 cents. One of his earliest escape tricks involved escaping from the belly of a dead whale.

He was a romantic. Houdini married his wife Wilhelmina Beatrice ‘Bess’ Rahner – who would also become his stage partner – just two weeks after meeting her. He was known for writing her love letters regularly over the course of their 35-year marriage. After he passed away his wife would attend to try to contact him from beyond the grave. They even agreed on a code word before death to rule out any false play by con-artist spiritual advisers. 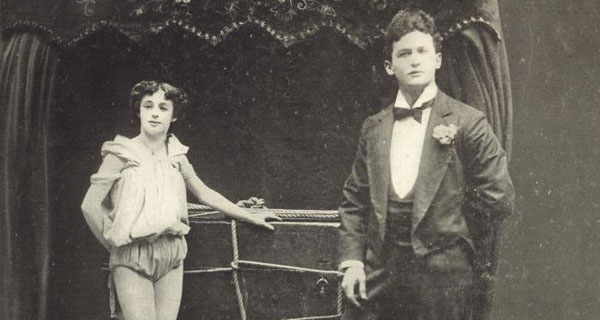 Speaking of séances, Houdini would often try to expose them for being nothing more than cons. Houdini was one of the earliest investigators of spiritual contact with the dead. He exposed Daniel Homes’ levitation trick by measuring the space between windows in the room where Homes is said to have floated and how Homes navigated the room with a rope. He also exposed séance tricks such as random bell-ringing, a floating megaphone, and earned the name “ghostbuster.”

Working with him wasn’t always a pleasurable experience. Houdini was known to have volatile temper and very secretive work ethic. His assistants had to sign a contract stating they wouldn’t expose any of his tricks and were even ordered to subdue anyone who snuck backstage with chloroform.

Perfection was a must for the master escape artist. It really shouldn’t come as a surprise that Houdini demanded so much from his assistants, but he demanded even more from himself. The man was impeccably fit, as this was essential to be able to perform his escape feats and would often practice holding his breath underwater on a daily basis. He had also trained himself to be ambidextrous to better escape from chains and straightjackets. 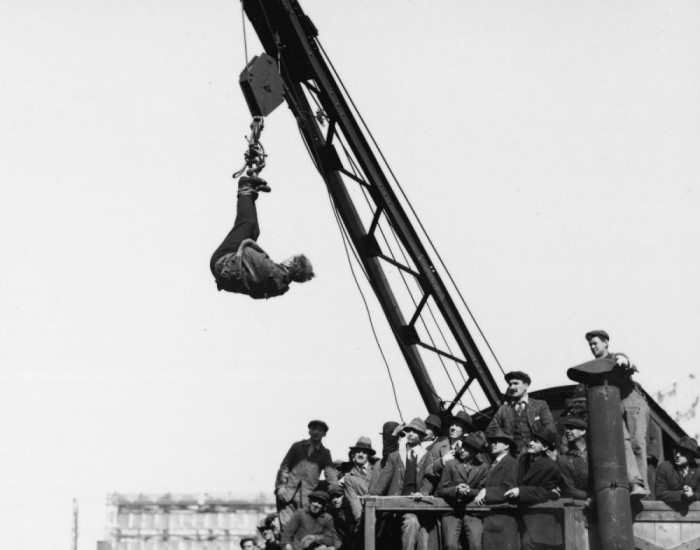