Finland Has an Efficient Way to Fight Bullying. Here’s How

Finland Has an Efficient Way to Fight Bullying. Here’s How
Could something like this even work in the United States?
Read More

For many, thinking back to middle and high school years means recalling awkward, yet enjoyable times. For others, it can mean flashbacks to bullying and harassment. Whether it was a single, isolated incident or a recurring issue, most children or adolescents who experienced bullying know its damaging effects.

Research shows that bullying has more obvious effects like depression and anxiety, but also negatives effects on how children like school, how academically motivated they are, and how much they will achieve. Schools around the world have attempted to come up with ways to curb bullying, most of them unsuccessful. Except for KiVa™ .

Short for “kiusaamista vastaan,” KiVa™ means “against bullying”, and is a method developed at the University of Turku in Finland based on decades of research on bullying and its mechanisms.

KiVa™ is unique and has set itself apart from other programs because of its focus on prevention, intervention, and monitoring. Universal actions are taught to every student through a series of lessons and online games designed to prevent bullying. Indicated actions are used to intervene and diffuse a bullying incident once it has occurred. Monitoring is the process of feedback and evaluation that schools are meant to go through each year to see how implementation is coming along and what outcomes have been achieved. This helps track changes over time.

One of the most important aspects of KiVa is engaging bystanders. The students are taught empathy through the different games and simulations. In the various scenarios they are given, they have to choose what actions they will take what consequences might come of those actions. For instance, one game has the kids control cartoon avatars. In the game, they might witness a shy student being victimized. From there, they have to decide if they are going to defend the student and how. There are consequences in the game based on the actions selected, making it a choose-you-own-adventure game for bullying in a way kids understand. 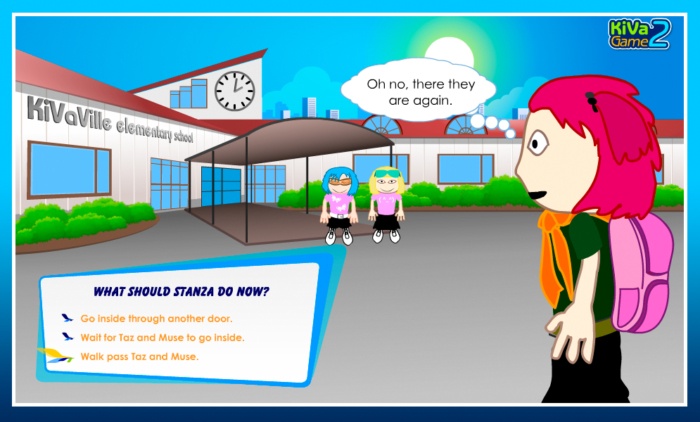 Students are also given support and feedback on how to approach victims of bullying and make sure they’re okay. The games allow students to “practice” being nice and thinking through what to say to someone who is feeling excluded or unwelcome in a group. This improves the students’ abilities to be empathetic and supportive to victims.

Being more supportive and empathetic of the victims also dis-incentivizes the bully to act again. Most children that bully are doing so to gain status, exert power, or get attention. Putting the focus and attention on the victim is unrewarding to the bully and creates a culture where bullying is socially unacceptable.

In an effort to try and address the behavior of bullies directly, KiVa™ instructors can be creative in role playing activities. For example, they might put the person who is more likely to bully in the position of the victim, and vice versa.

If a student bullies another student, there are confrontational and non-confrontational approaches as an alternative to punishment right away. After an incident, the bullying students have a discussion with KiVa™ team members and later suggest how they will change their behavior. A week or two later, instructors follow up to ensure the bullying was stopped. Only after all of this fails are punishments recommended, but the results of the other approaches are highly successful in putting an end to incidents. 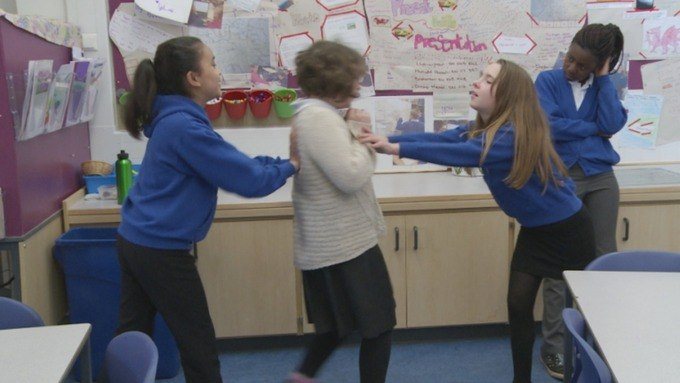 KiVa™ has been proven to be very effective during its many processes of evaluation. When it was first introduced and studied, it was evaluated in a large randomized controlled trial that included 117 intervention schools that implemented the KiVa™ curriculum and 117 controlled ones. Schools that had the program saw the reduction of reported bullying and victimization as well as higher academic motivation and achievement. 98% of victims that were involved in discussions with the schools’ KiVa™ teams believed that their situation had improved.

Later on, a study of 1000 Finnish schools echoed the results of previous results, citing that just one year after implementing the program led to a significant reduction in bullying and victimization. In 2011, an issue of the Child Development journal investigated the KiVa™ program and saw a 46% decrease in victimization and 61% in “bullying others”. 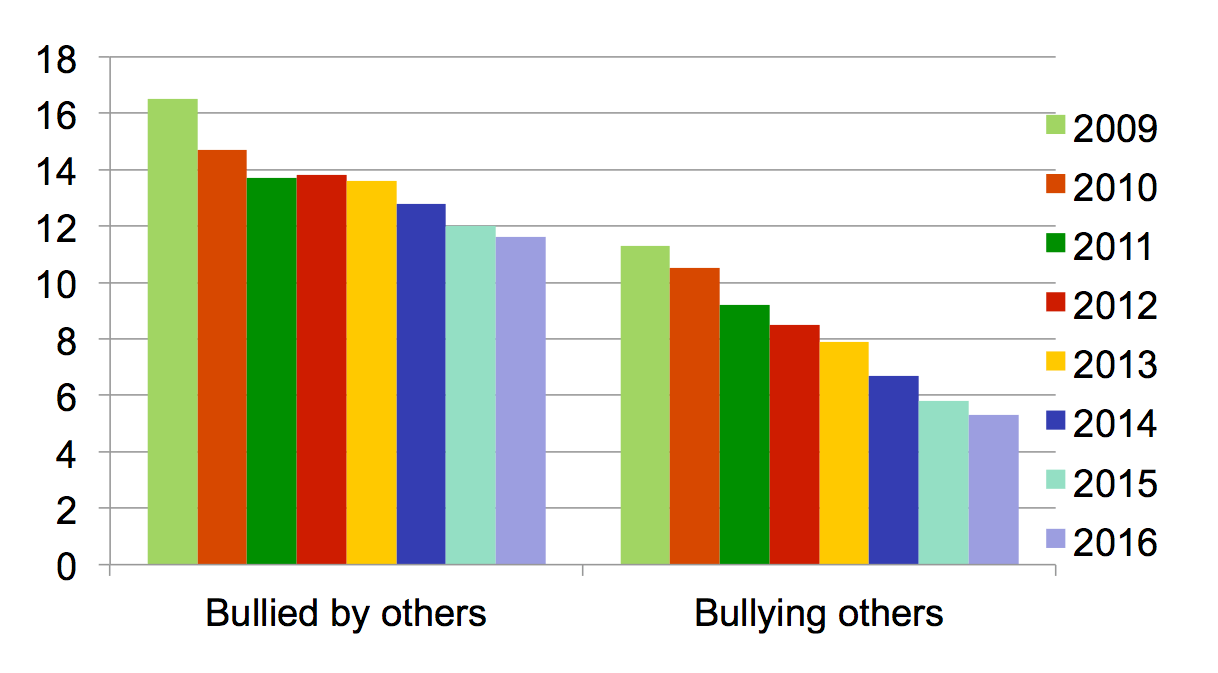 Proportion of students who are systematically bullied by others or bullying others.

Could it be brought to the US?

There is some skepticism around whether or not the United States is a suitable place for this program to be implemented. Some believe that the US is too diverse to sustain a program that was developed and studied in a homogeneous country like Finland. Students there are more similar in traits economic status, race, religion, and culture. These factors are highly varied in the US, and those social inequalities increase the likelihood that kids are bullied.

Additionally, the US does not have a system that values educators in the same way. Finland’s teachers are prized much like doctors and lawyers, and they are paid higher than in the US. Teachers in the United States are expected to do more and be paid less for it, often having to take care of things like drug prevention and sex education on top of the existing curriculum.  Adding bullying prevention to the list just means more things to get done in less time. With a program like KiVa™, a lot of attention has to be dedicated to starting and sustaining it, something US schools might struggle with.

All hope is not lost, though. If the program can be tailored to meet the needs of specific schools and countries whose populations look different, then there is even more opportunity for this program to be implemented effectively in the future. For now, it continues to be an effective anti-bullying instrument for the countries and schools that are able to use it.