Mark Bustos is a high-end hair stylist in New York City, working at a boutique salon where haircuts start at $150 and lots of clients are well-known celebrities. But every Sunday, on his only day off, Mark hits the streets of New York City to give back to his community, offering free cuts to the homeless. 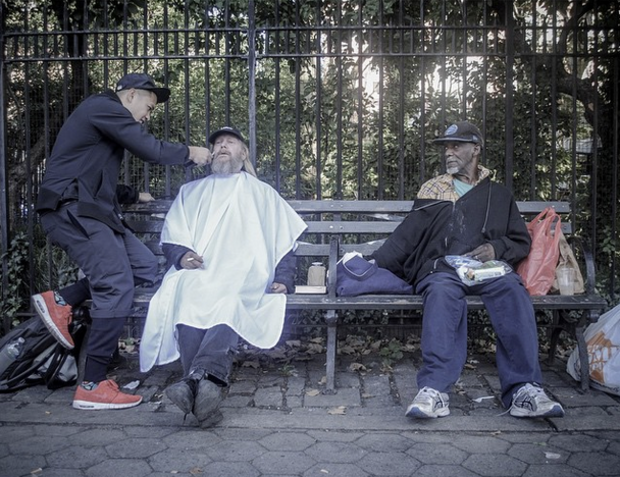 Mark’s parents are from the Philippines, but he was born and raised in the heart of New York City. At the age of 12, Mark travelled to his parents’ home country and was exposed to the extreme poverty of a third world country for the first time.

“While I was there, I became friends with some of the homeless kids to see what was going on in the Philippines, and it made me want to give back.”

In 2012, Mark returned and paid a local barber in his family’s province to use the space beside him for a day. He then invited the less fortunate children of the community to come in for a free hair cut. That day filled him with an amazing feeling that he could not forget. He decided he wanted to bring it back home. 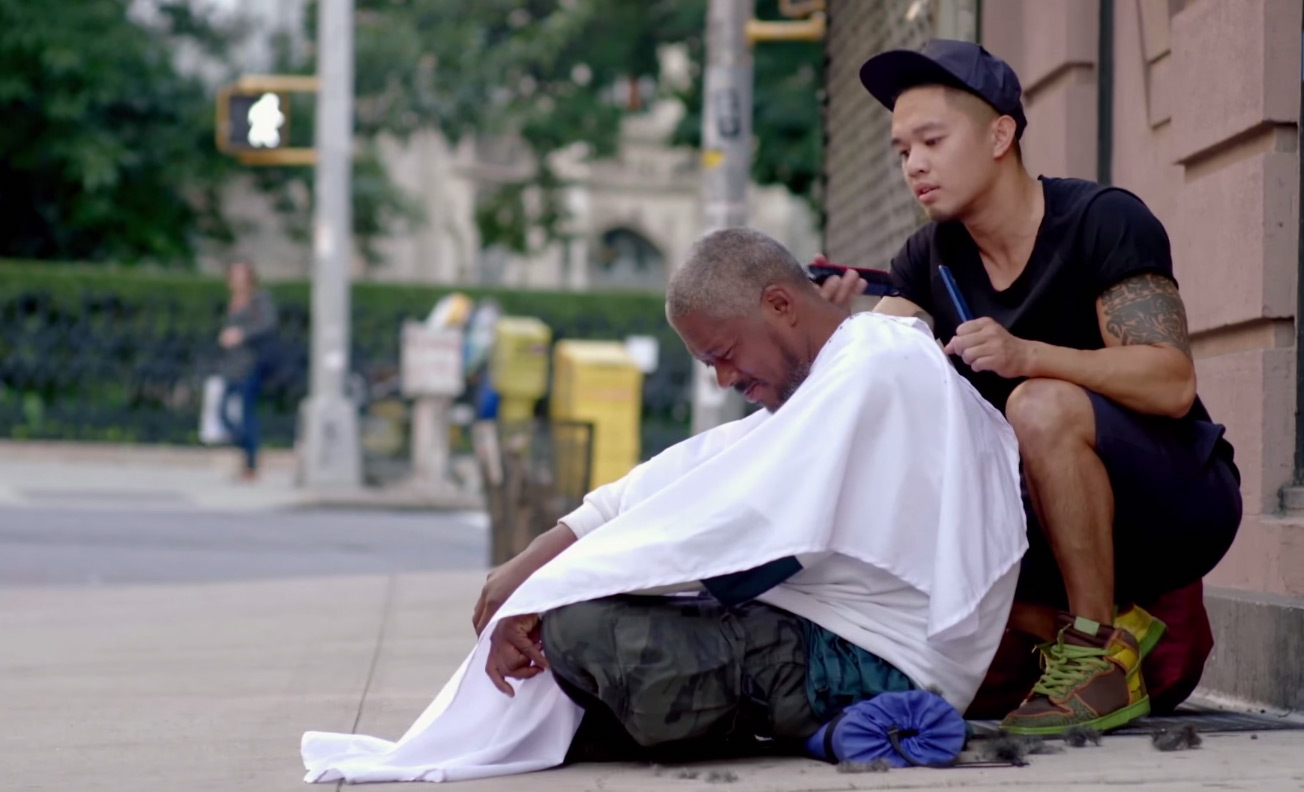 On Sundays, Mark dresses down in casual sneakers and sweats before hitting the streets because he doesn’t want to draw any attention to himself. He says that when approaching his homeless clients, it is very important to be genuine and compassionate, with the right kind of energy, as they are not approached very often. He uses the simple phrase: “I want to do something nice for you today.”

Mark’s street cuts make a small yet significant difference to those whose lives he touches, and along the way he has met some amazing people with incredible stories.

“I think the biggest misconception about people on the street is that they’re not real humans. They’ve been dehumanized. These people have lives. They’ve just run into some unfortunate situations that have placed them there.”

Mark has a friend and street photographer, Devin Masga, that follows him around and captures before and after shots of the street cuts. He posts them to his Instagram (that has now 276,000 followers), with the hashtag #BeAwesomeToSomebody. 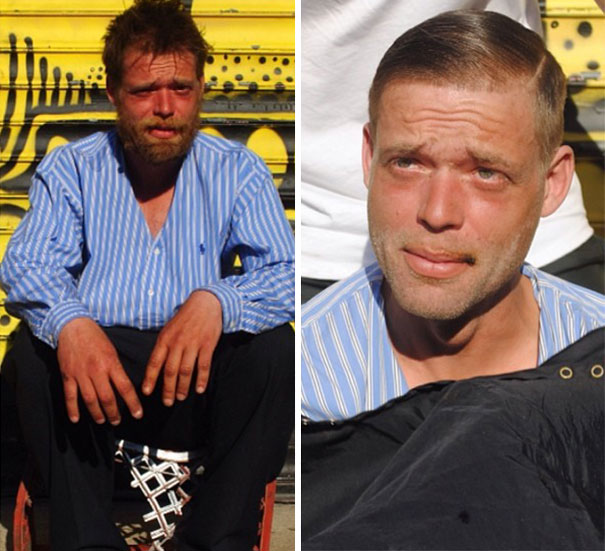 With his work, Mark wants to raise awareness for people on the streets and show others they too can give back with the talents they have been given. That or even a simple smile or conversation can go a long way to help.

Check out Mark’s Instagram for the before and after shots of his street cuts.