How Did a Cloud of Booze 288 Billion Miles Wide Get in Outer Space?

How Did a Cloud of Booze 288 Billion Miles Wide Get in Outer Space?
Read More

Imagine the idea of having a drink of beer or liquor cultivated not on this planet, but in outer space. Pretty far out, right? It’s not a possibility yet, but scientists do know that alcohol does exist in the final frontier.

There’s actually a giant cloud of alcohol 288 billion miles wide that contains gaseous methanol, which is normally found in antifreeze and some moonshine. Needless to say, it’s pretty strong stuff. 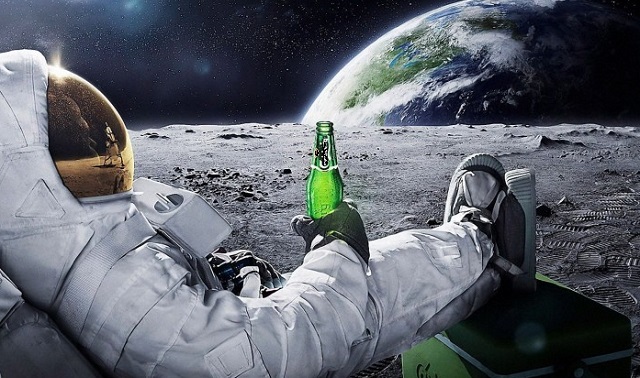 What scientists aren’t entirely sure about is how this cloud of space booze came to be. The answer may be something called “quantum tunneling.” Space is incredibly cold and while chemical reactions do slow down in freezing conditions, quantum tunneling might actually cause the chemical reaction. Scientists found that the rate at which the alcohol reaction occurs is 50 times greater at minus 210 degrees Celsius than at room temperature.

To test this theory scientists took an icy mixture icy mixture containing methanol and blasted it with radiation to mimic the radiation from nearby stars. Findings suggested that methanol gas was involved in the production of the methoxy radicals found in the space booze. “The problem is that the gases condense as soon as they hit a cold surface,” says Robin Shannon from the University of Leeds.

The next step to solve this mystery is for the researchers to investigate the reactions of other alcohols at very cold temperatures. Hopefully, one day science will make the possibility of getting blitzed on space booze a reality.