NASA Engineer Thinks Drones Will Save the Earth. Here’s How

NASA Engineer Thinks Drones Will Save the Earth. Here’s How
Drones are the best tool to fight back against the 6.5 billion trees that die each year.
Read More

A company known as BioCarbon Engineering has developed a way to use drone technology as a solution to the relentless devastation of the Earth’s forests. The company, founded by ex-NASA engineer Lauren Fletcher, plans to combat deforestation by using drones to replant trees far more efficiently than current methods allow.

Deforestation is an issue that continues to devastate one of Earth’s most vital resources and threaten the balance of climate all over the world. In the Amazon alone, 232,000 square miles of dense rainforest (1/5 of the Amazon’s entire area) have been destroyed in the last 40 years to serve resource-hungry industries. Worldwide, over 6.5 billion trees die victims of deforestation each year.

Current methods to replenish what’s been lost, including hand planting and spreading seeds by helicopter, are expensive and too inefficient to keep up with the decline of the global tree population. Drones, however, streamline the reforestation process, making it faster, cheaper and with higher success rates. With two operators, each handling up to 6 drones, Fletcher thinks it’s possible to plant up to 100,000 trees per day at just 15% of the cost of current methods. Watch him tell the story of his project below:

How does it work?

First, the drones are sent out to create a 3D map of the area to be reforested. Then, the maps are analyzed to plan a seeding pattern according to the area’s terrain. Irene Fedorenko, co-founder of BioCarbon Engineering, explains how this trumps current methods:

“We can modify what to plant, and where, so you have the highest chance of survival. If you do aerial spreading—you just spread seeds wherever—maybe they hit a rock, maybe they hit a swamp, and they’re not going to survive. But we can basically control for that.”

Next, the drones head back out and fire seed pods at a speed that allows for ground penetration. Each drone carries a mix of seed pods, and shoots the correct ones into the correct places on its flight path with pinpoint precision. And seeing as multiple drones can be operated by one person, labor is freed up to monitor and care for the seedlings after planting.

Fletcher, who spent 20 years at NASA, is pledging to plant 1 billion trees per year using the technology. 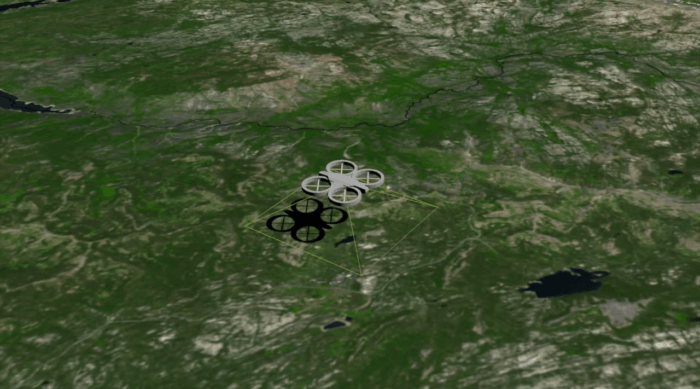 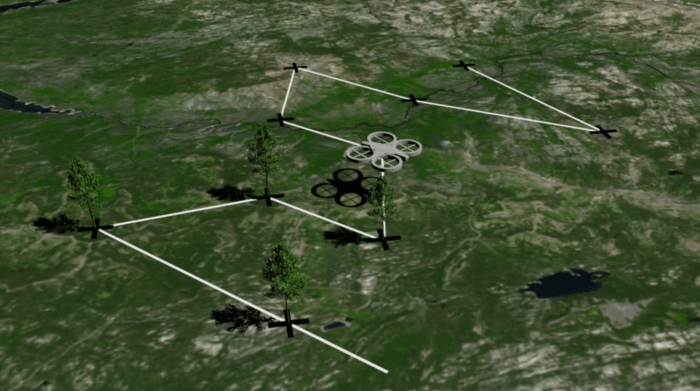 The company will begin its work this month, when they team up with the Worldwide International Foundation to tackle deforestation in Myanmar. WIF have been leading planting efforts in the South-East Asian country, where they’ve already hand-planted 750 hectares of mangrove trees. With drones, they’ll be able to plant another 1 million trees over 250 acres in a fraction of the time.

Following efforts in Myanmar, the team is hoping to take their drone technology to South Africa and the Amazon rainforest, to help combat the unbridled destruction of precious and ancient ecosystems.

Visit BioCarbon Engineering’s website to find out more about the project.