What if World Leaders Were Refugees? Check Out These Striking Portraits

What if World Leaders Were Refugees? Check Out These Striking Portraits
Omari uses his art to connect people with the suffering of millions of refugees.
Read More

In June this year, the Ayyam gallery in Dubai exhibited a series of controversial oil paintings that caught the attention of the world. The ‘Vulnerability Series’, created by Syrian artist Abdalla Omari, depicts powerful world leaders in the most vulnerable state of life: as displaced refugees and other disenfranchised citizens.

Omari fled from the conflict in his home country 5 years ago and now resides in Brussels, where he finds peace in his art practice, using it as a vehicle to connect people with the suffering of millions of Syrian refugees. The series includes portraits of Barack Obama, Donald Trump, Vladimir Putin and Kim Jong-Un as if they were walking in the shoes of those whose lives are being destroyed by their actions. He asks his audience to embrace the human vulnerability that we all possess, and not to let power render us blind to it. 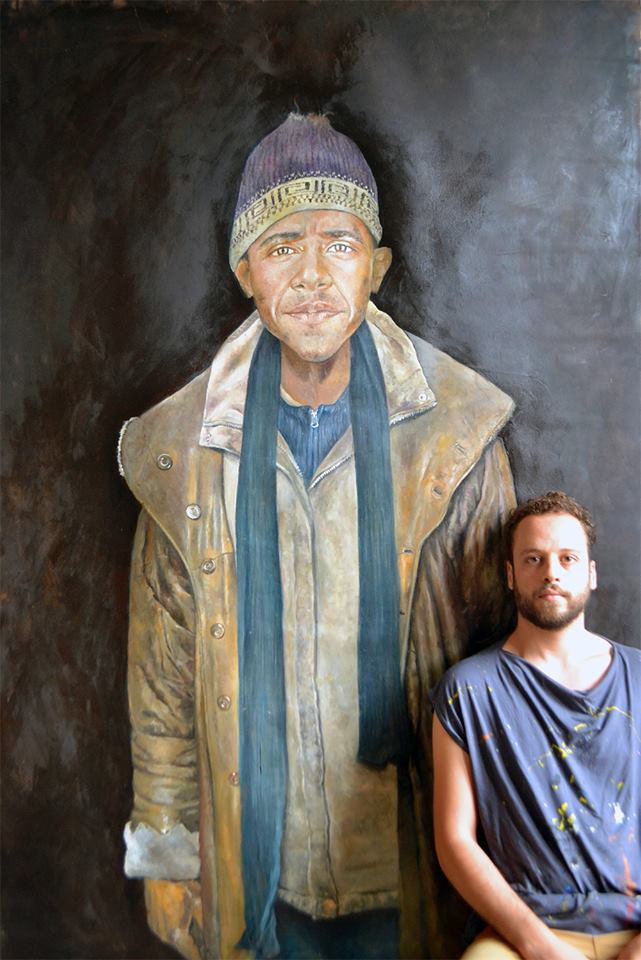 “Even I felt sorry for (my version of) Assad. In this universe without gravity, all we can hold on to is our vulnerability. I have convinced myself it is the strongest weapon humankind possesses, way more powerful than the trail of power games, bomb craters and bullet holes in our collective memories. Vulnerability is a gift we should all celebrate.” 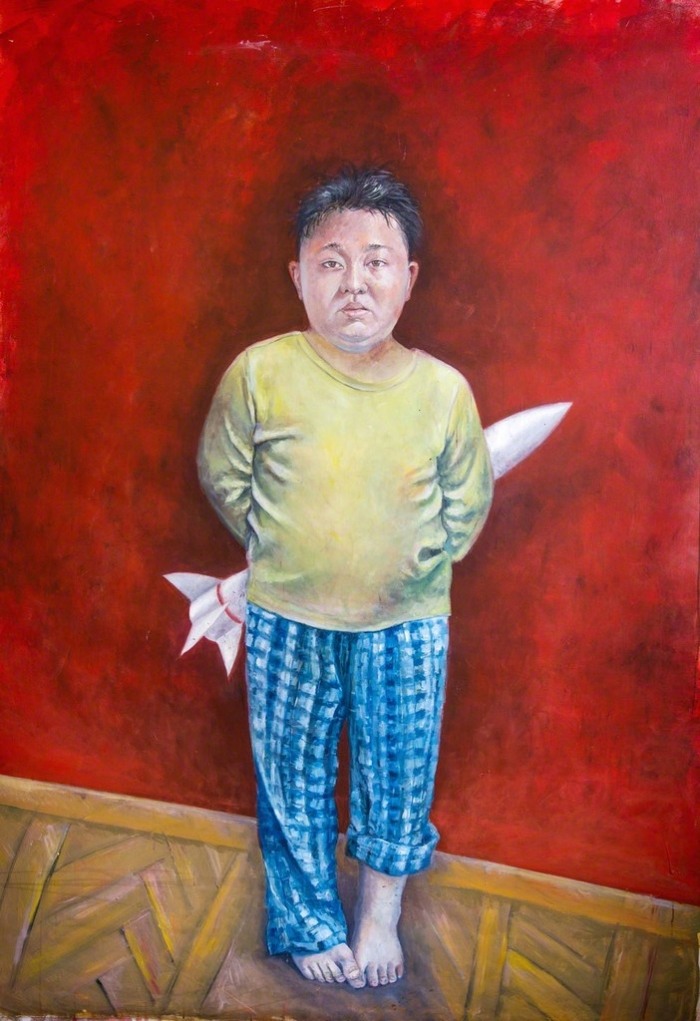 Omari has been working on the series for 3 years, initially driven by his “own experience of displacement and the anger that I felt, like any other Syrian, while the situation in Syria escalated.” 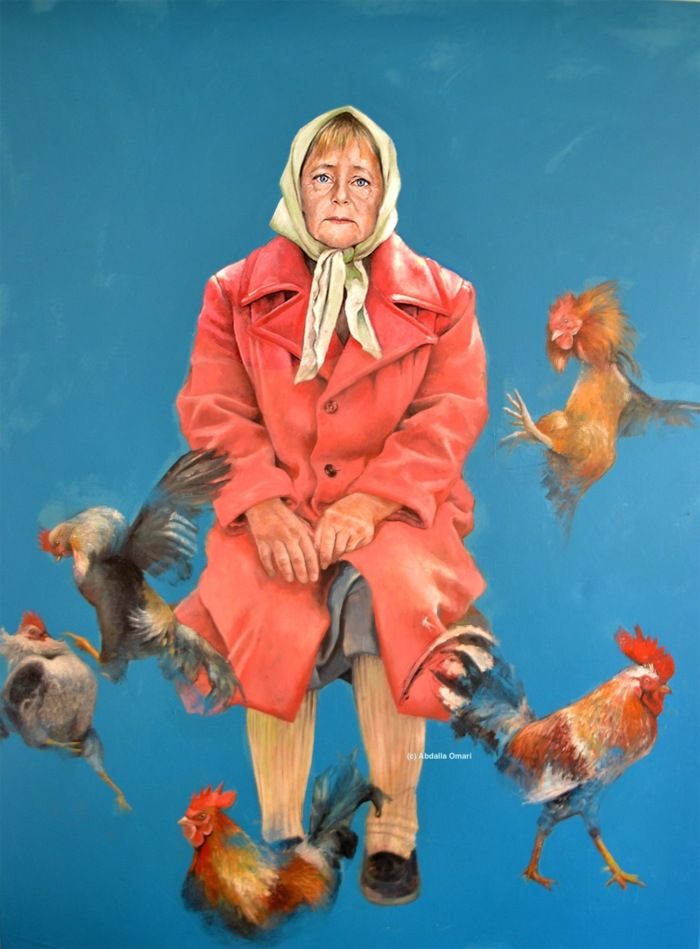 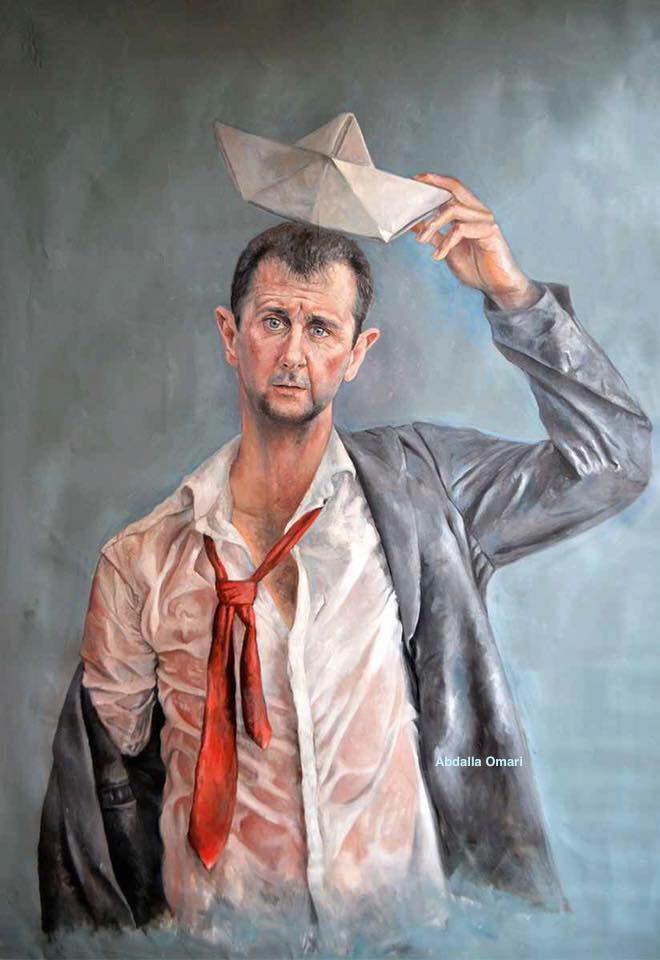 Syria has been in a state of war for 6 years. The United Nations reports that the registered Syrian refugee count is well over 5 million: half of the entire population.

For one, the crisis is having a devastating impact on the country’s refugee children. Humanitarian organization Save The Children recently reported that the “toxic stress” from “prolonged exposure to war and uncertainty” may have lifelong negative impacts on the children’s mental and physical health. Many of these refugee children wet the bed, self harm or even attempt suicide as a result of the relentless trauma of war. 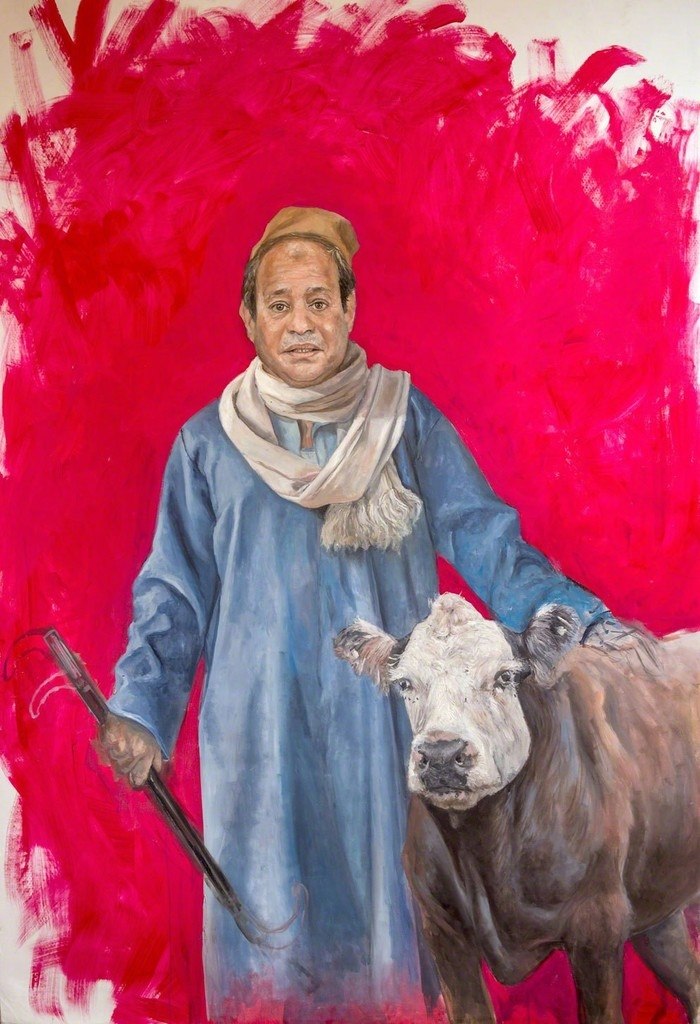 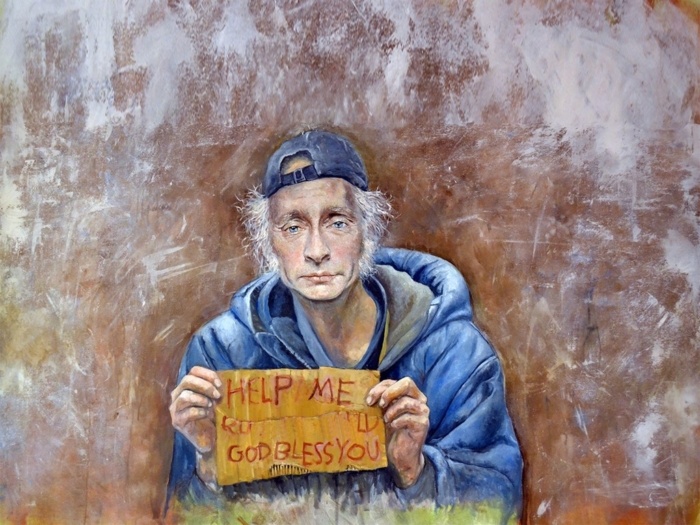 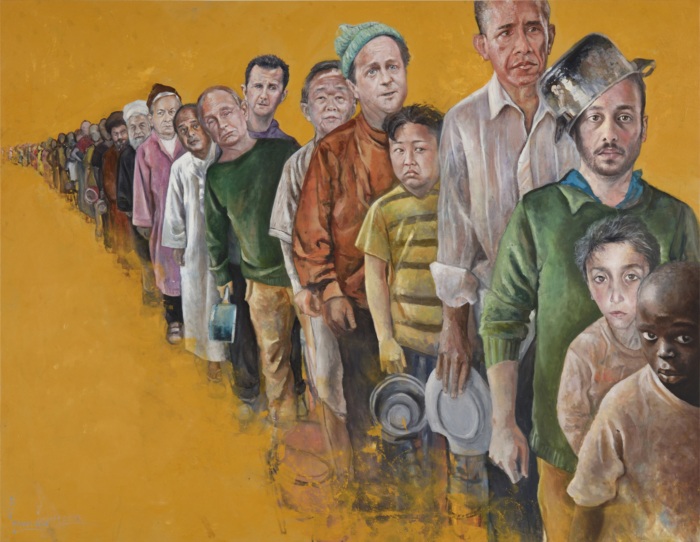 In April this year, the Trump administration conducted its first direct military air strike on a Syrian airbase as an attack on Syrian President Bashar al-Assad’s regime. The strike was a retaliation to a chemical weapons attack allegedly carried out by the Syrian government against an opposition-held area.

The attack marked the escalation of the USA’s involvement in the 6-year war, and increased tensions with Russia, who showed their support for Syria by increasing military aid.

With his portraits, Omari asks leaders to imagine themselves in the lives of those who are directly affected by their actions. 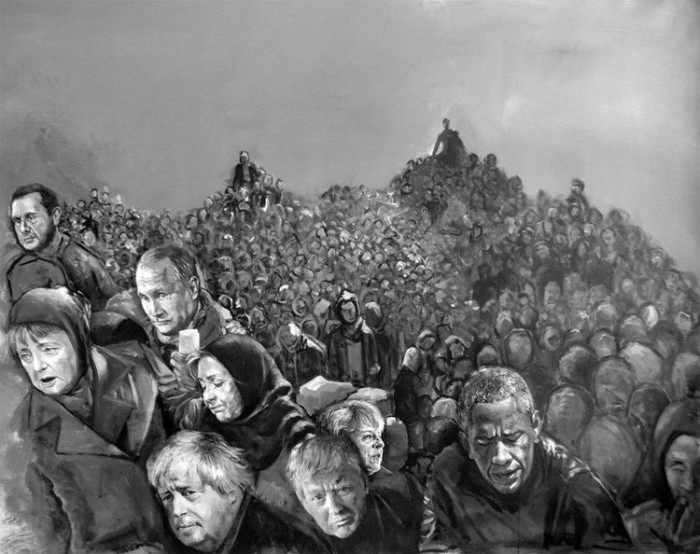