It’s Official: NASA is Making Cryosleep a Reality
Astronauts are the first guinea pigs - but we could be next.
Read More

Oh, to have a good night’s sleep!

Indeed, many of us are sleep deprived; trudging around the workplace, lumbering the kids to-and-from school, like zombies auto piloted by coffee.

In fact, according to the American Sleep Association, sleep deprivation is a significant issue. 35 percent of adults surveyed reported getting less than the suggested minimum of 7 hours of sleep during a typical 24-hour period. 38 percent reported unintentionally falling asleep during the day, at least once a month. Sometimes, we can even nod off at work; I’m sure you’ve all experienced that.

Sleep Can be a Problem for Astronauts

The intense pace of our lives requires to be well rested, alert and awake, in order to be efficient. The same is true in the world of space exploration. With their long list of duties, astronauts must certainly be “on the ball”; for example, they need to operate the space craft, communicate with ground control, exercise, perform experiments, and maintain support systems. Falling asleep on the job could be disastrous. A good night’s sleep for an astronaut is of the essence.

Interestingly, NASA, in partnership with SpaceWorks Enterprises, has been developing a cryogenic sleep chamber for astronauts. The “cryosleep” technology works by lowering the astronaut’s body temperature to 89-93°F (32-34°C), causing them to slip into a sort of hibernation. And as for nutrition and going to the bathroom, catheters would be used to supply food and take away wastes (I’ll leave that one to your imagination).

But, the chambers are not about ensuring astronauts get their seven+ hours of shut eye. Rather, the technology will enable astronauts to sleep for at least two weeks. Now, why would they want to do that? 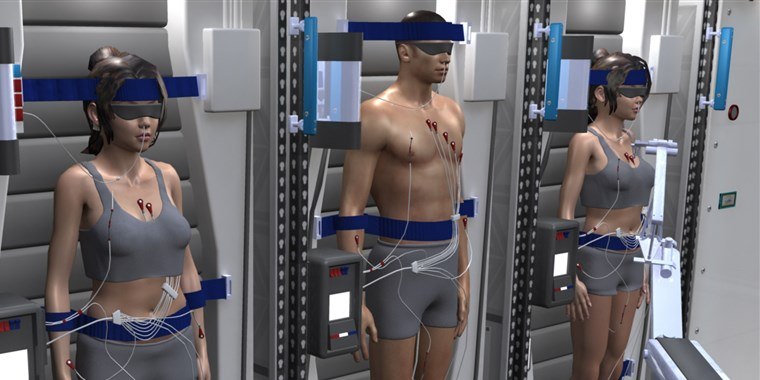 Putting Astronauts to Sleep for 2 Weeks

According to SpaceWorks, their objective is to ‘place crew and passengers in a prolonged hypothermic state during space-mission transit phases (outbound and Earth-return) to significantly reduce the system mass, power, habitable volume, and medical challenges associated with long-duration space exploration.’ Translation: it’s safer and takes less resources to look after chilled, motionless astronauts during long periods of travel.

For example, no cooking facilities, exercise equipment, or entertainment would be needed while they are in the chamber. Furthermore, as the astronaut’s metabolism slows down while hibernating, oxygen demand would be reduced.

Not to mention it’s a good way for astronauts to kill time when the “99 bottles of beer on the wall” song, “I-Spy”, or any other travel time killer gets old. Pretty handy on route to Mars, for example — a journey that historically has taken anywhere from 128 to 333 days.

Apparently, astronauts don’t realize, or feel, that they are being frozen to sleep. Sounds rather risky, doesn’t it? However, according to an article by SYFY, there is no need to fear being frozen to sleep. ‘While artificial hypothermia that nearly sends your metabolic rate into suspended animation might sound dangerous, it actually counteracts potential injury to bodily tissues that could otherwise result from hypoxia [lack of oxygen]. Such a chamber could also prevent the harmful side effects of microgravity exposure and keep killer space radiation out.’ 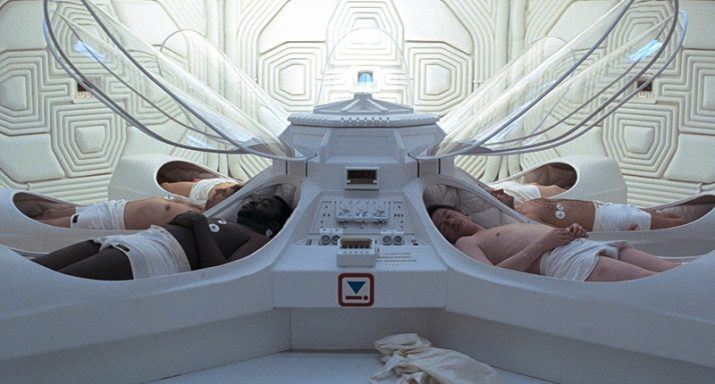 What About Cryosleep for Normal People?

For those who have trouble getting to sleep, or never seem to get enough, you might be wondering if this technology could become available for regular, sleep deprived people? Indeed, a two-week-long, uninterrupted, unhindered slumber session does sound rather appealing.

SpaceWorks did acknowledge, ‘recent medical progress is quickly advancing our ability to induce torpor, a deep sleep hibernation-like state, in humans for extended periods of time.’ Utilizing the technology does, however, appear to be primarily focused on space exploration and medical applications.

So, at this point, replacing your regular bed with a cryosleep chamber is a long way off. Nevertheless, the thought that a two-week hibernation, free from all stress and responsibility, may soon be a reality will at least help you to nod off in your present sleeping quarters.

Has to be better than counting sheep.