Most afternoons on the tiny island nation of Taiwan, Beethoven’s iconic tune Fur Elise echoes throughout the streets. Fur Elise is in the fabric of childhood memories across the world, and Taiwan is no exception. It’s just that here, instead of sparking memories of piano lessons or ice cream delivery, the tune symbolizes a truly unique waste management system.

There are more than 4,000 garbage pickup spots around Taipei, Taiwan’s capital, that trucks visit five nights a week. There are mobile apps that let users track the trucks and alert them whenever one is nearby. Echoes of Fur Elise signal to the surrounding community that it’s time to move out on to the street in preparation. 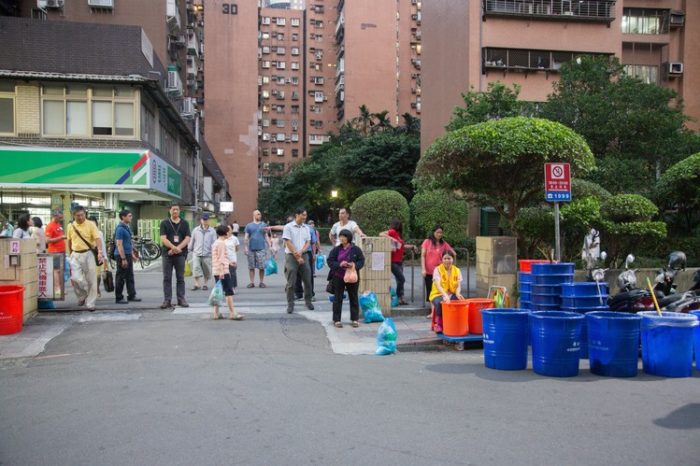 People waiting for the garbage truck to arrive.

A big yellow truck then appears, always followed by a smaller white cart. The yellow truck is for general trash and the white cart has a set of bins used to categorize recyclable materials. There’s one for glass, paper, cardboard, cans and plastic.

Volunteers and officials stand on the back of the recycling truck ready to help people sort their recyclables correctly. One by one, everyone throws their small amount personal garbage into the correct truck, and return home to continue on with the day.

This ‘trash-doesn’t-touch-the-ground’ system makes each person responsible for his or her personal consumption. Every plastic fork, every bottled beverage, and every food scrap needs to be accounted for by its consumer. The implementation of a few clever policies encourages this new relationship with trash.

It’s compulsory for the people of Taiwan to use a special blue ‘City of Taipei’ garbage bag to dispose of general waste. They’re available at most corner stores and come in different sizes, ranging from 3 to 120 liters. On the other hand, recycling is free and can be brought to the truck in any kind of bag.

This encourages people to recycle more and produce less trash. 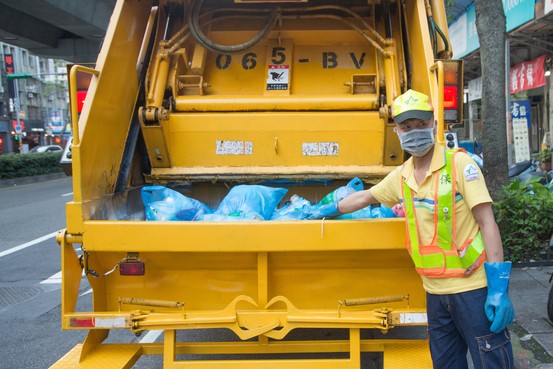 The government has systems in place to punish and humiliate violators. They install video cameras in some areas for surveillance. First time offenders are given a warning, but on second offense they post the video footage publicly as an incentive to follow the rules. Fines of up to $200 can also apply for violations.

In public areas, you can barely see any trash cans. The only places that have small, knee high cans are train stations and bus stops. If people generate trash while out in public, most often they take it home with them.

As a result, Taiwan’s communities have learned to be very thoughtful and considerate with their consumptive practices. The Taiwanese government has successfully slashed the daily household waste accumulation from 1,14 kg to a mere 0,43 kg.

A Role Model on the World Stage

Before the implementation the system, Taiwan was known as ‘Garbage Island’. Huge dumpsters and loose trash lined the streets, riddled with vermin and mosquitos. The densely populated country was running out of space to put their waste.

They were producing 3,296 tonnes per day and recycling only 5% of it. Today, they have reduced that number by more than 2/3, of which they recycle an impressive 55%. 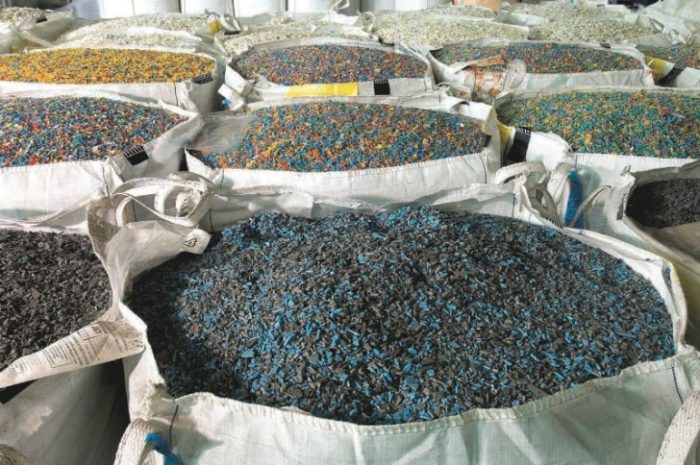 The difference between Taiwan and other nations is the way waste management sits in the public’s consciousness. In the US, waste management is run by private companies. Companies place the emphasis on quality of service, aiming to reduce the burden on the consumer.

People don’t have to think about the amount of trash they produce – once it’s in the can, it’s no longer their responsibility. Garbage trucks come in the dead hour of the night or during office hours, to be as inconspicuous as possible.

But by turning this on its head, Taiwan is now a world leader on pro-environment policy and one of the world’s top recyclers. Taiwan’s previous biggest problem is now its biggest asset, due to the implementation of these advanced waste management practices.

Their recycling industry now brings in billions of dollars. For example, many recycling companies specialize in extracting precious metals from consumer electronics. One company claimed that it could extract 99.99% pure gold from discarded electronic equipment. 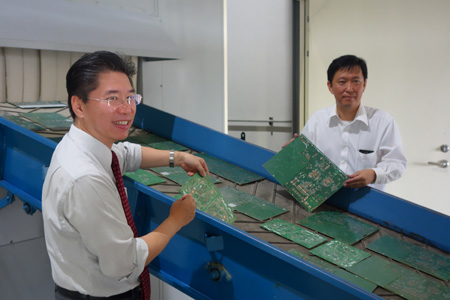 Taiwan stands as a testament to what’s achievable in our pursuit of a more sustainable future. But why Fur Elise? Well, legend has it that the former head of the Department of Health chose the song in the early 1980s, after overhearing his daughter playing it during piano practice.