Xiuhtezcatl Martinez is the Kid Warrior Trying to Save Our Planet

Xiuhtezcatl Martinez is the Kid Warrior Trying to Save Our Planet
In the world of environmental activists, this kid's a rising rock star.
Read More

Xiuhtezcatl Martinez isn’t your average teenager. Whereas other 14-year-olds might be concerned about getting the latest Xbox game or taking the perfect selfie for their Instagram, Martinez has bigger concerns — saving Earth.

Martinez is quickly becoming a rising rock star in the world of environmental activists and while he may not yet even have a driver’s license he’s already given TED Talks and been given the “Youth Change Maker of the Year” award by President Obama. The young activist — whose Aztec name is pronounced “Shu-TEZ-caht” — from Boulder, CO is the youth director of Earth Guardians, an environmental non-profit organization that is committed to protecting the water, air, earth, and atmosphere. The environmental organization was founded by his mother, a veteran activist who has passed the torch on to her son. In 2013, Martinez was invited to speak about the global water crisis at the United Nations and has worked to curb the use of pesticides in his hometown’s city parks. 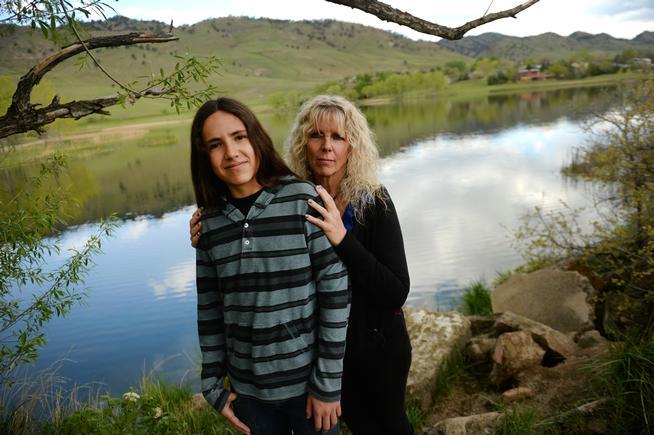 While the young activist’s achievements are undeniably impressive, he believes we all have a responsibility to be Earth guardians.

“No matter whom they are or where they are in the world. It doesn’t matter what your status is in society – none of this matters, we can all be Earth Guardians. This movement is growing globally. People can see young people standing up in their communities and they are changing things that are not working, so that their world is a better place.”

Fighting to alter society’s outlook on climate change hasn’t come without its blowback. Martinez’s mother is aware that her son has sacrificed part of his childhood and there have been accusations from those in the oil in gas industry that she’s using him as a mouthpiece. Last year activists in the oil industry posted hostile comments on the Earth Guardians’ Facebook page, but Martinez doesn’t let it deter him.

As Martinez puts it, the biggest change is shifting human consciousness and they way we look at the climate, because the planet doesn’t need saving — “we do.”