The Most Zen Mummy Ever Was Found Meditating in Mongolia

The Most Zen Mummy Ever Was Found Meditating in Mongolia
This guy is the embodiment of resting in peace.
Read More

A mummy recently discovered in Mongolia is the embodiment of Rest In Peace. The mummified body of a Buddhist monk was uncovered in the Songinokhairkhan province and sits in a meditative-like pose. Seriously, look at this guy, definitely the most peaceful mummy ever. 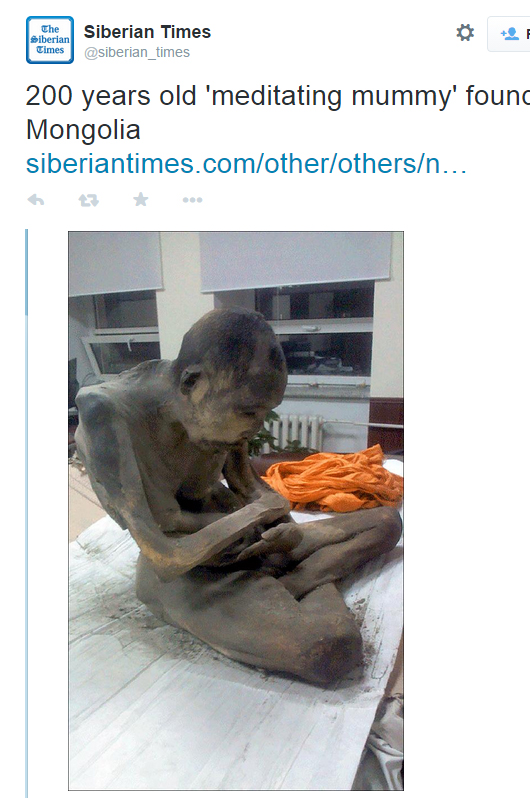 The monk has achieved a near perfect pensive lotus position and held it for at least 200 years with very little decay except for a gray chalky skin. The New York Daily News reports that he may have been the teacher of the Lama Dashi.

It’s been suggested that the man was a teacher of the famous Lama Dashi-Dorzho Itigilov whose body was found eerily preserved — also seated in the lotus position — after his own death in 1927.

We normally think of mummies being from ancient Egypt or Central America, but the Buddhist practice of self-preservation after death known as, Sokushinbutsu dates back to 11th and 12th centuries in northern Japan.

Sokushinbutsu was viewed as the ultimate act of religious discipline, and was about probably the worst diet known to man, too. It definitely worked, though, it worked so much that it slowly prepped one’s body for mummification before an untimely death. Here’s what Amazing Planet had to say about the diet that lasted several years.

The elaborate process started with 1,000 days of eating a special diet consisting only of nuts and seeds, while taking part in a regimen of rigorous physical activity that stripped them of their body fat. They then ate only bark and roots for another thousand days and began drinking a poisonous tea made from the sap of the Urushi tree, normally used to lacquer bowls.

This caused vomiting and a rapid loss of bodily fluids, and most importantly, it made the body too poisonous to be eaten by maggots. Finally, a self-mummifying monk would lock himself in a stone tomb barely larger than his body, where he would not move from the lotus position. His only connection to the outside world was an air tube and a bell. Each day he rang a bell to let those outside know that he was still alive.

When the bell stopped ringing, the tube was removed and the tomb sealed. After the tomb was sealed, the other monks in the temple would wait another 1,000 days, and open the tomb to see if the mummification was successful. If the monk had been successfully mummified, they were immediately seen as a Buddha and put in the temple for viewing. Usually, though, there was just a decomposed body.

No modern gadgets or television, not even a book to read, just a bell to ring while waiting to die in a stone grave — the ancient Buddhists went hard.

Here are a few more Buddhist monks who went mummy. 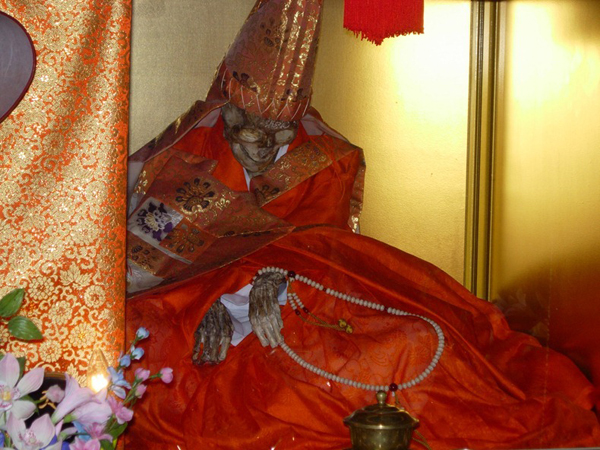 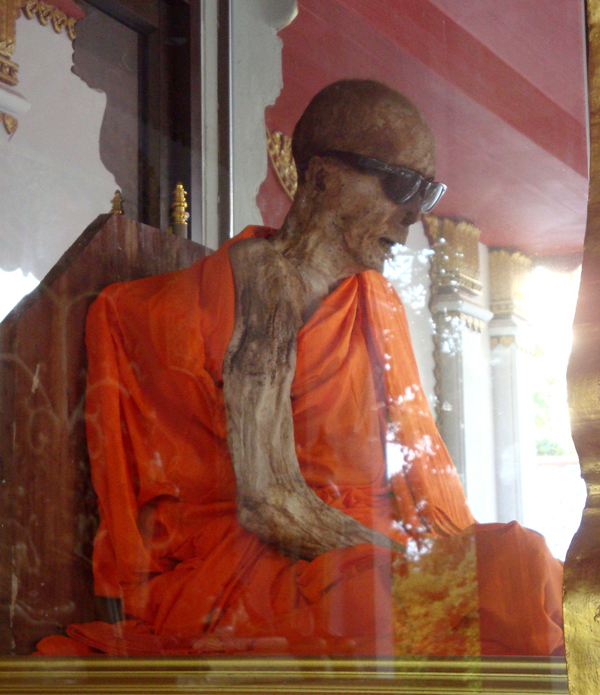