Little Girl Raises Money With Lemonade Stand to Pay Off School’s Lunch Debt
How to turn something sour into something sweet.
Read More

Many children depend upon a nutritious lunch to give them energy for the school day. According to a 2015-2016 report, 42% of Coeur d’Alene Public School District students in Idaho receive free or reduced-price lunch. If a child is unable to pay for their meal, a debt incurs. Families receive an invoice from the school district to pay their debt by a certain deadline. This IOU complexity has turned for the worse, as 76% of US School Districts have students with unpaid lunch debts. You may have heard about the tragic phenomenon of “lunch shaming”, where school employees publicly throw out children’s unpaid hot lunches or force children to “pay off their debt” by wiping down tables in front of their peers.

Across the nation, cities and governments are working to reverse this cycle of debt, and eventually eliminate the debt wholly. One determined six-year-old named Amiah Van Hill, from Hayden, Idaho, believes that every child deserves a lunch debt-free and has developed a very sweet solution to this sour problem. 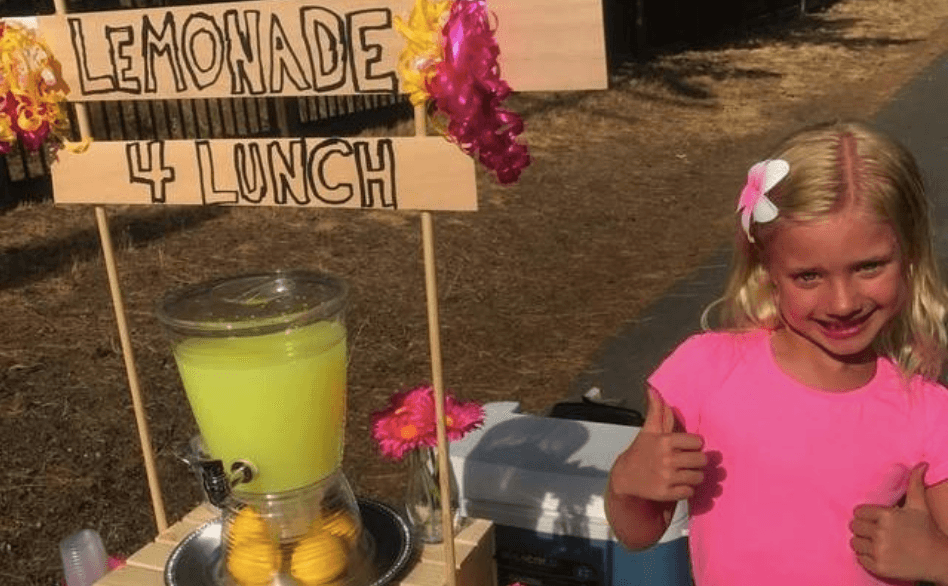 Amiah offers homemade lemonade for free to the people in her community and educates them about the school lunch debt plaguing their town. Her patrons then have the option to donate to help. Amiah’s stand, aptly entitled “Lemonade 4 Lunch,” opened just over a month ago. In its initial weekend, she raised $40, which was enough to trim down the debt at three local schools. Word of her heartfelt efforts spread to Ed Ducar, the director of Nutrition Services for Coeur d’Alene school district. He said that it would take about $23,000 to cover the lunch debt from last school year. If the debt is not paid by next month, money must be taken from the district’s general funding.

So, Amiah set her sights on a much bigger goal: to eliminate all school lunch debt in the entire school district. She established a GoFundMe campaign with the help of her mother, Rachel Van Hill. The campaign goal is, naturally, $23,000. As of today, Amiah has raised $13,575. 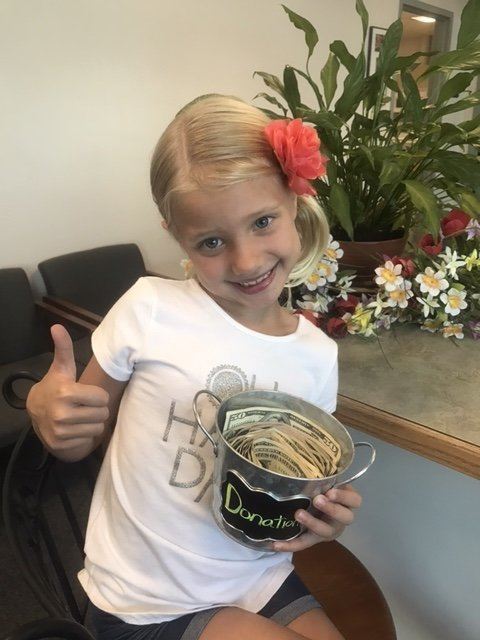 Amiah explained that she first became inspired to raise money for the cause after her mother read her a news article about Jeffrey Lew, a Seattle father who raised over $50,000 for his state’s lunch debt. “I wanted to do the same thing, except I’d do a lemonade stand, because I didn’t know what GoFundMe is!” the second-grader said in a video interview.

Her complementary lemonade stand is still going strong. She has raised over $600 in lemonade cups alone. Each week, Rachel takes Amiah to the district’s Nutrition Services to drop off the fundraised money. Although the lemonade stand is not as lucrative as an online campaign, it has the physicality and personable nature that we as compassionate humans are innately drawn to. From behind the stand with pitcher in hand, Amiah engages in daily interactions with the people in her neighborhood about an important and relevant social issue. In a time when it is easy to get jaded by the onslaught of news, sometimes it just takes a younger citizen with a fresh and hopeful perspective to remind us how the simplest of actions really can make a difference.

Images via The Coeur d’Alene Press and GoFundMe.